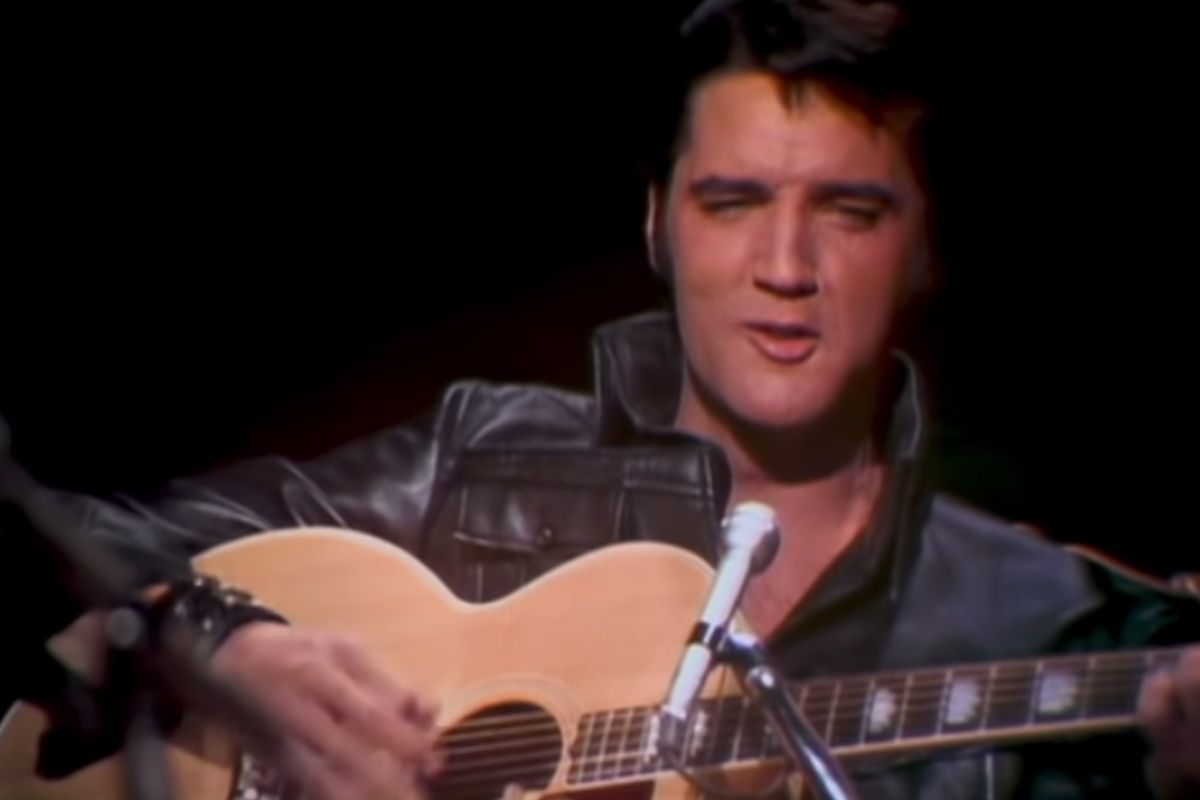 The year was 1968, and Elvis Presley was in a rut. Musically, Presley’s career was at a standstill (“in the toilet” was how TV director Steve Binder described it.)  The King of Rock and Roll hadn’t had a top-10 hit since “Crying in the Chapel” in 1965 and hadn’t performed in front of a live audience in seven years.

Keep in mind, it wasn’t like Elvis had disappeared from the public eye. As one of the highest-paid actors in Hollywood, the King could still be seen in movies (albeit not very good ones) like Stay Away Joe, Speedway, and Live a Little, Love a Little.

The King needed a comeback. And he got his opportunity when his notoriously controlling manager, Colonel Tom Parker, made a deal with NBC: If the network would finance Elvis’ next movie, the singer would star in a one-hour TV special. Binder, a music and television producer, was asked to direct the production.

When Binder met Elvis for the first time to discuss the show, Elvis asked the director what he thought of his career. “I was young and brash in those days,” Binder recalled in an interview with The Associated Press. “I said, ‘I think it’s in the toilet.'”

“Finally,” The King reportedly replied. “Somebody’s talking straight to me.” Parker had wanted the program to be a Christmas special, but Binder had other ideas. Seeing a chance to do something “really important“, Binder convinced Elvis to nix the Christmas angle and instead use the opportunity to re-announce himself as a musician.

In the end, the show didn’t contain any holiday material (although Elvis did perform “Blue Christmas”) or follow the traditional variety-show structure. Instead of comedy skits or celebrity appearances, the show focused on one thing: Elvis’ music.

The Taping of the Show

In the taping of the television special, Elvis, looking fit and tanned from a recent trip to Hawaii and dressed head-to-toe in black leather, performed for a couple of hundred fans. During the so-called “Sit Down” show, Elvis was joined on stage by his original guitarist Scotty Moore and drummer D.J. Fontana, as well as his friends Alan Fortas, Charlie Hodge, and Lance LeGault. The group performed hits like “That’s All Right”, “Heartbreak Hotel”, “Tiger Man”, “Lawdy Miss Clawdy”, “Baby, What You Want Me to Do”, “One Night”, and “Memories”.

Next came the “Stand Up” sessions. During the Stand-Up show, Elvis performed modernized versions of some of his classic songs. In front of an adoring audience over the course of two sets, Elvis played “Love Me Tender”, “Jailhouse Rock”, “Don’t Be Cruel”, “Trouble”, and “Guitar Man”. The King ended with “If I Can Dream”, a song written about the assassination of Robert Kennedy.

Elvis’ ’68 Comeback Special (officially titled “Singer Presents… Elvis”) aired on NBC on December 3, 1968. The NBC-TV Special was a massive success, drawing 42 percent of television audiences and ranking as the network’s highest-rated tv show of 1968. The special kicked off what would be the last phase of Elvis’ music career — sometimes referred to as the Las Vegas Elvis phase.

In 2019, NBC celebrated the anniversary of the special by airing The 50th Anniversary of the Elvis Comeback Special. The two-hour special included footage of Presley and interviews with his late wife Priscilla Presley and director Steve Binder. A seven-disc CD box set is also available for purchase on Amazon.