10 Eric Clapton Songs We Will NEVER Get Over! 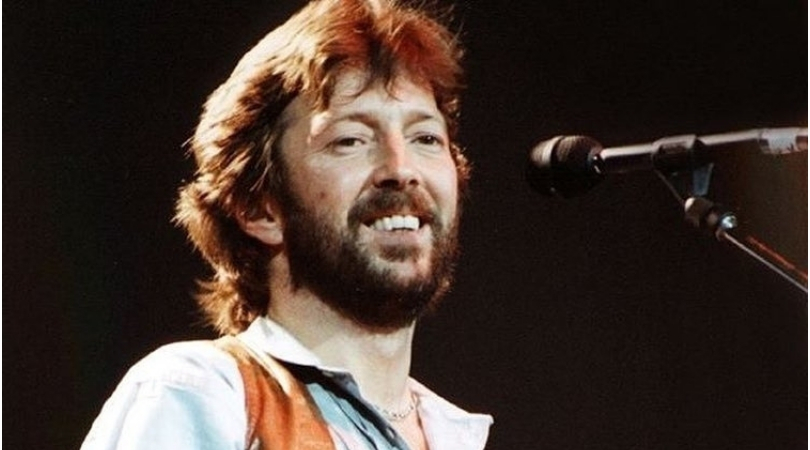 Eric Clapton, one of the world’s most well known English rock and blues singer, songwriter, and guitarist. It?s safe to say Clapton changed the way of music and has created an impact on future artists who want to follow in his footsteps. Like me, I grew up with Clapton. You see, my father was a big fan of his music which meant I would listen to it pretty much every day, and it has honestly shaped the way I see (or better yet, hear) music and lyrics now. To be honest, I grew up with a lot of 70?s music, but there was always something that stood out about Clapton. I think it was the fact that he had a distinctive feature in every song. I like to believe it’s the way the guitars slowly change keys and the infinite amount of riffs that his smooth voice makes. I can?t really explain it, all I know is that my love of music wouldn?t be the same if Clapton wasn?t in it.

Clapton’s reputation as one of the best guitarists in the blues scene isn?t easy to keep up. He?s definitely lived up to his name, forming part of the “Yardbird”, “Cream”, “Blind Faith”, “Delaney”, “Bonnie and Friends”, and the “Dominos”, before launching his solo career. Throughout his time, Clapton’s songs have been covered by several recording artists, making his music even better.  So, here is a mix of some of my personal favorite Eric Clapton songs, and some of my favorite Eric Clapton songs covered by other artists. Because let?s face it, although we can?t argue covers are better, it?s interesting to see how modern music, different genres, and classic old rock music mix. In no order, of course, because who could put an order on Eric Clapton songs?

I know, I know, Cocaine really wasn’t written by Eric Clapton himself, but I have to admit, it?s a pretty great song. The song was actually written and recorded in 1976 by singer-songwriter J.J. Cale. Clapton released the cover version on his album Slowhand in 1977. His live version from the album “Just One Night” charred on the Billboard Hot 100. Cocaine was just one of several don’ts Clapton covered by Cale, including After Midnight and ?Traveling Light?. Due to the ambiguous message of the song, Clapton doesn’t sing the song in many of his concerts, but when he does, he adds the lyrics ?that dirty coating? to underline the anti-drug message of the song.

Oh, Layla, what a wonderful song you are. Layla was written by Clapton and Jim Garner, released by their blues-rock band “Derek and the Dominos”. The song was released on their album Layla and Other Assorted Love Songs, inspired by a love story based on ?The Story of Layla and Majnun?. The song was also inspired by Clapton?s then unrequited love for Pattie Boyd, wife of close friend and fellow musician George Harrison. Yes, the Beatles George Harrison. In 2004, Layla was ranked number 27 on Rolling Stone?s list of ?The 500 Greatest Songs of All Time.? In 1993, the romantic song won a Grammy for Best Rock Song. Now, although the original version of Layla is pretty much amazing, and needs no introduction, there is something about the song being covered in a jazzy way. Henri Salvador did his best rendition of the song, bringing in some Caribbean flavor to it, all while including some Dean Martin swing. Layla has been covered numerous times by several well-known artists, and it?s no surprise as to why. Another great version of the song was covered by Ed Sheeran, which I definitely recommend watching.

Arguably, one of Clapton’s most famous songs in the industry. Some might not know, but Tears In Heaven is one of the truest songs out there. Meaning, the ballad was written by Clapton and Will Jennings about the pain Clapton felt, following the death of this four-year-old son, Connor. The boy fell from a window on the 53rd floor New York apartment of his mother’s friend in 1991. Clapton stated he was visibly distraught for months after the incident. The song is one of Clapton’s? most successful song, reaching #2 on the Billboard Hot 100 signed char in the US, and spent three weeks at #1 on the American Adult Contemporary chart in 1992. It?s amazing how most of the best lyrics are due to a result of a personal tragedy, one can definitely feel Clapton?s pain in the song.

Ain’t? Going Down is a rock song written by Clapton, released 1983 on his album “Money and Cigarettes”. The single reached number 32 on the mainstream rock charts. This album was huge for Clapton after he recorded it after his first rehabilitation for alcoholism. The album marked several turning points in Clapton?s recording career after it was his debut release on his own Duck imprint within Warner Bros? Reprise Records subsidiary. It was his first album coming to terms with his drinking problem and focused on having new songs by himself, firing his longtime band, except guitarist Albert Lee.

In 2014, Clapton released his twenty-second studio album, as a token of appreciation J.J. Cale. ?The Breeze: and Appreciation of JJ Cale? consists of covered by the wonderful Cale, who passed away in 2013. It was named after Cale?s 1972 single ?Call Me the Breeze?. One of my favorite songs on the album was ?Magnolia?,  sung by the wonderful John Mayer. You can feel the ooze of the blues guitar just strumming away. Both artists are crazy talented and give off a musical vibe, that makes everything was to sit down and cry. Just listen to those harmonies and guitar riffs!

Definitely one of the best songs on his second album, ?461 Ocean Boulevard?, released in 1974. The tone of the song is different to some of Clapton?s older stuff, giving it a twangy country rock guitar riff, before taking flight on a slide guitar break. The intro definitely gives it that 70?s feel, before he grabs the guitar after one than a minute and singing about, well…motherless children and how they have a hard time. It?s definitely a Clapton classic, giving it that rock realm without losing sight of his roots.

7. I Shot The Sheriff

Some might not know this, but I Shot the Sheriff was actually written by Bob Marley. Clapton?s cover hit No. 1 on Billboard?s Hot 100 Top Reggae of the United States Masses at the time, after several fans didn’t know who Marley was. Clapton?s vocals on the track are heartfelt, and it seems as if he is actually having a conversation with someone, instead of singing. Yes, a conversation about how he shot Sheriff John Brown in self-defense (Which he didn?t, of course).

Blues to the finest! Bottle of Red Wine was recorded by Clapton for his eponymous studio album 1970, under Polydor records. The song has a mix of Clapton?s signature move, blues and rock, and roll, demanding his lover to get up and get their man a red bottle of wine. The lead guitar takes most of the song, but honestly, I?m not complaining.

Bell Bottom Blues was written by Clapton and Bobby Whitlock, performed by Derek and the Dominoes. It deals, once again, about the love for Clapton?s love for Pattie Boyd, the wife of friend George Harrison. The song reached number 91 on the Billboard Hot 100 in 1971 and was re-released backed with ?Little Wing? that peaked at number 78. Clapton plays several guitar parts on the track, including a solo with chime-like harmonics. The song has been covered by Cher, Matthew Sweet, Susanna Hoffs, and has been an inspiration to Bruce Springsteen and Lady Gaga who included lyrics in some of their songs.

Now, although this isn’t’ an ‘album’ song precise, I found this amazing, due to all the names behind. John Lennon, Eric Clapton, Keith Richards, and Mitch Mitchell got together to form the “Dirty Mac” group, introduced by Lennon and Mick Jagger. The power group performs Yer Blues, and there is just so much talent that my little musical heart can’t take it.

As I said, these are just some of my favorite songs that either includes Clapton or were covered by Clapton. Of course, there are way more out there that I should list, but that would probably take me a whole day. So, for now, these are some of the ultimate fan favorites. What are yours?