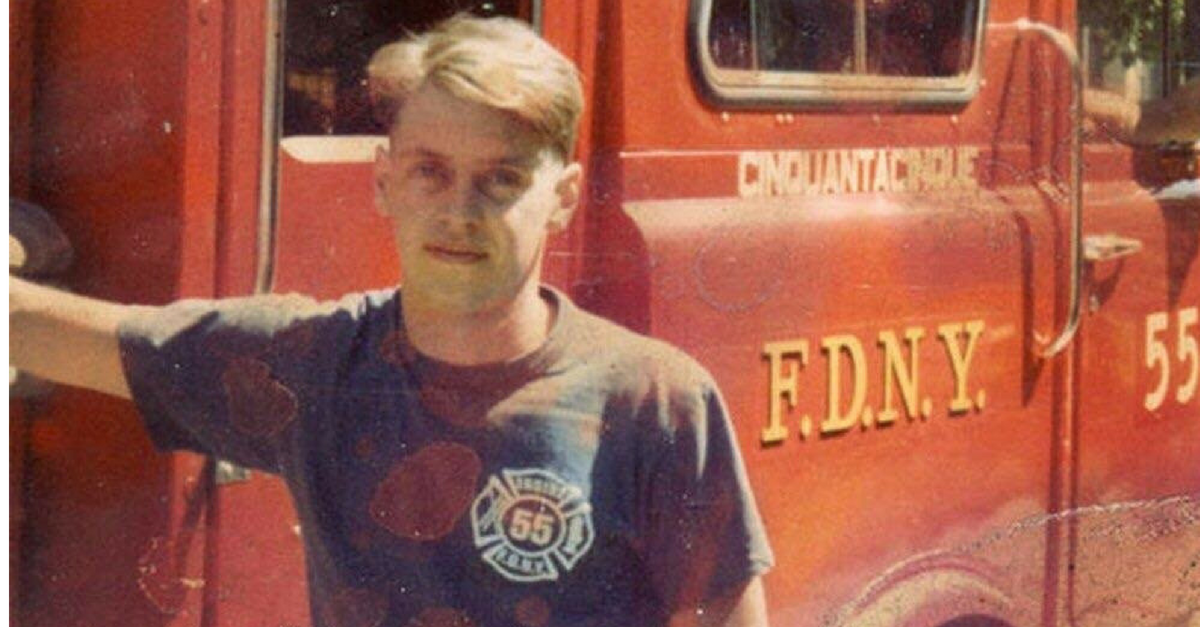 He got his big break as Mr. Pink in Reservoir Dogs. Quentin Tarantino loves him. He’s been a staple of the Coen Brothers films, including The Big Lebowski, Fargo, Barton Fink. He was one of the best characters in The Sopranos, and is known for his roles in Boardwalk Empire on HBO, Armageddon, Ghost World, and Pulp Fiction, and more recent critically acclaimed films like The Death of Stalin.

Steve Buscemi is maybe Hollywood‘s oddest looking star, but he’s also one of its best. Here’s some stuff you probably didn’t know about the skinny kid from Long Island.

Buscemi might be slight of build, but the legendary character actor is every bit as tough as many of the characters he plays. He was a firefighter from 1980 to 1984, serving with Manhattan Engine Company #55 in Little Italy.

The day after the September 11th Terrorist Attacks, Buscemi showed up to his old firehouse to volunteer. He spent a week working twelve hour shifts, sifting through rubble to dig out victims and fellow firefighters.

Buscemi is still a huge supporter of the FDNY. He has, in the past, campaigned for higher wages and to stop the shutting down of firehouses in Brooklyn. He was also named an Honorary Battalion Chief of the FDNY.

Steve Buscemi when he worked as a firefighter at the NYC Fire Dep.1981 from OldSchoolCool

Steve Buscemi, of course, participated in theater during his years at Valley Stream Central High School, in Valley Stream, NY, but he also played soccer, and was on the varsity wrestling team.
Buscemi wrestled in the 105 lb (!!!!!) weight class.

Sort of. Steve Buscemi grew up pronouncing his extremely Sicilian last name boo-SEM-ee. However, when he visited Sicily, he learned, for the very first time in his life, that his last name is actually pronounced boo-SHEM-ee. He had no idea.

Still, he elects to continue to pronounce his name the way he grew up saying it. This is, presumably, what every star dreams of at this point.

By the way, here’s how Wikipedia describes a meme:

This image has been popularly used online as a reaction image.

5. Adam Sandler is his primary employer.

6. He was in a Nickelodeon classic.

The Adventures of Pete & Pete was a weird show. I 100 percent believe they cast Steve Buscemi for his weird face.

7. He was definitely not almost on Seinfeld.

The internet started a rumor that Buscemi auditioned for the part of George Costanza on the famous ’90s sitcom. That is, however, absolutely a lie.

8. He got stabbed in the face while filming a movie.

On April, 12th 2001, while shooting the movie Domestic Disturbance, Buscemi was stabbed in the neck, face, and arm while trying to break up a bar fight in Wilmington, North Carolina, between actor Vince Vaughn, screenwriter Scott Rosenberg, and two locals.

The attack left a deep cut on his face that is usually covered up with makeup when Buscemi is filming.

This story was originally published June 29, 2018.

Read More: 50 Shades of Buscemi is Taking Over the Internet