A ‘Father of the Bride’ Reunion is Coming This Week! 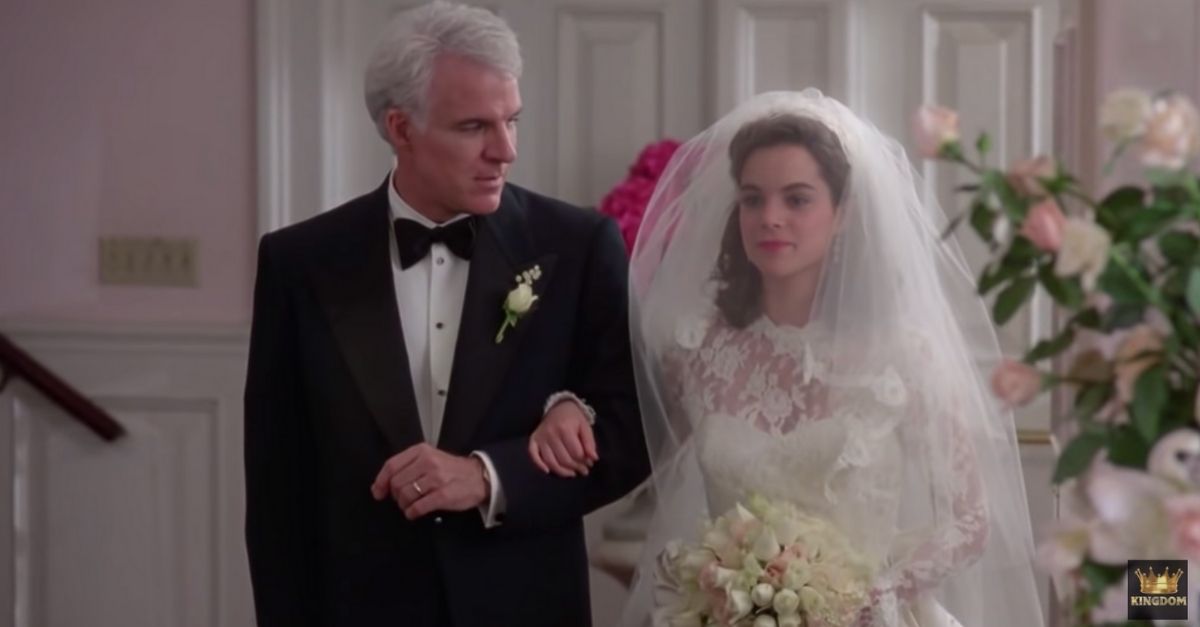 Heads up Steve Martin fans, 2020 just got a little bit better. Netflix has just announced that there will be a reunion of the iconic family comedy Father of the Bride. The original film hit movie theaters back in 1991, with Emmy award winner Steve Martin as the literal father of the bride, finding it hard coming to terms with the idea of letting his daughter Annie go. The popular streaming service posted a short teaser video on its social media accounts announcing the event, which will see seemingly take the form of a video call.

The brief trailer promises of a very special reunion, but it doesn’t specify whether it will be scripted or improvised, nor whether it will be recorded or live. It is also not clear which members of the cast will appear in the reunion.

Other Father of the Bride cast also includes co-stars Diane Keaton and Nina Banks, Kimberly Williams and Annie, Martin Short as Franck Eggelhoffer, George Newbern, and Bryan MacKenzie, and Kieran Culkin as Matty Banks. The special event is being arranged to benefit the aid of World Central Kitchen, which is a non-profit organization that aims to keep people fed during times of crisis, such as COVID-19 and other natural disasters.

The Father of the Bride reunion special will be streamed on Netflix, their Facebook page, and Netflix’s YouTube channel at 3 p.m. PT/6 pm ET on Friday, Sept. 25, 2020. Although the announcement comes at a very random time, it’s not a total shock as producer Nancy Meyers announced there was a new project in the works two weeks ago via her Instagram. Referring to Steve Martin’s character, businessman George Banks and leader of the Banks family, she stated ?If he thought a wedding was a lot, how would he react to 2020? Coming soon to the phone in your hand.?

After the release of the film in 1991, it received a lot of positive reviews and became a major box office success, earning more than six times its budget-making a total of $129 million at the box office. After the success of the first movie, Father of the Bride II was released in 1995. This was Diane Keaton and writer Nancy Meyers’s second of four films together, the first being Baby Boom, and the others being Father of the Bride II and Something’s Got to Give. Any first-time watchers out there?