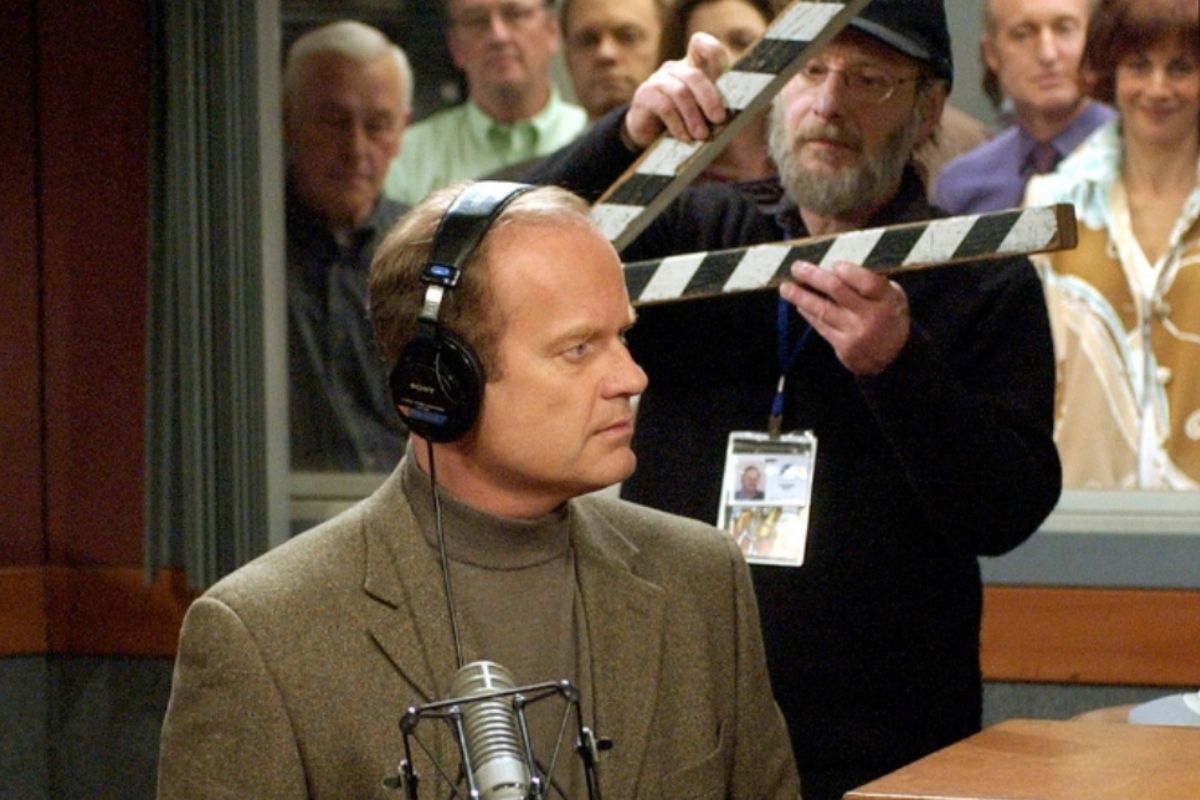 The NBC comedy Frasier ran for eleven seasons from the early ’90s to the early 2000s. The Emmy-winning series is a spin-off of the show Cheers and centers on Dr. Frasier Crane (Kelsey Grammer), a psychiatrist who hosts a radio show in Seattle on the station KACL in which listeners call in with their problems and he assists them. Throughout the show, we witness the comical misunderstandings between his family and coworkers and his struggle of dating past 40. The show’s smart humor made it a unique addition to nighttime television.

For Frasier watchers, myself included, the show is full of moments to laugh and scratch your head at. From Frasier Crane’s brother Niles’ adoration for his father’s physical therapist Daphne Moon to the fact that Niles (played by David Hyde Pierce) and Frasier Crane, two very bougie psychiatrists, are somehow the offspring of their “man’s man” of a father, Martin Crane. As of last year, there were talks of a Frasier reboot, but nothing concrete yet.

But let’s talk about that Frasier theme song. What the heck is it about?! It’s performed by the show’s star Kelsey Grammer, which made it even extra special for fans. If you’ve never heard it, this is the song that plays over each episode after the credits.

Composer Bruce Miller, who wrote the song in a short session for the show, also created the Seattle graphics at the beginning of the show. The general request for the song was something with a jazzy feel, but also eclectic, to reflect the show’s character. Seems simple enough, right? The catch was that they asked him to stay away from any “specific subject matter” that would let on to what the show was about.

Miller called up his friend Darryl Phinnesse who suggested the phrase “Tossed salads and scrambled eggs,” a metaphor for Frasier Crane’s patients..a little “mixed up.” Line by line, this is what the Frasier theme song is referencing; thank goodness for writer Ken Levine for finding this out for all of us: Other examples of the lyrics include “Hey baby I hear the blues a-callin” which refers to the people calling his radio show to air their problems. “And maybe I seem a bit confused / Yeah maybe, but I got you pegged!” means Frasier is pretty much also a little mixed up but he does his best to under their problems. “But I don’t know what to do with those Tossed Salads and Scrambled Eggs” means he’s isn’t quite sure what to do with the number of callers every day. “Good night, Seattle!” is self-explanatory, thank goodness.

So, there you have it. By breaking down the lyrics one by one, you can sort of tell why the show agreed to have that silly little title as the closing theme song. But honestly, it worked; it’s right up there with the Friends “I’ll Be There For You” one. I mean, everyone knows the classic sitcom TV show theme songs. It’s safe to say that Frasier was one of the best-written sitcoms to ever grace our television screens. You learn something new every day.

Editor’s note: This article was originally published on September 10, 2019.

Watch: ?Green Acres?: The 1st Show to Have its Leading Actors Sing the Theme Song