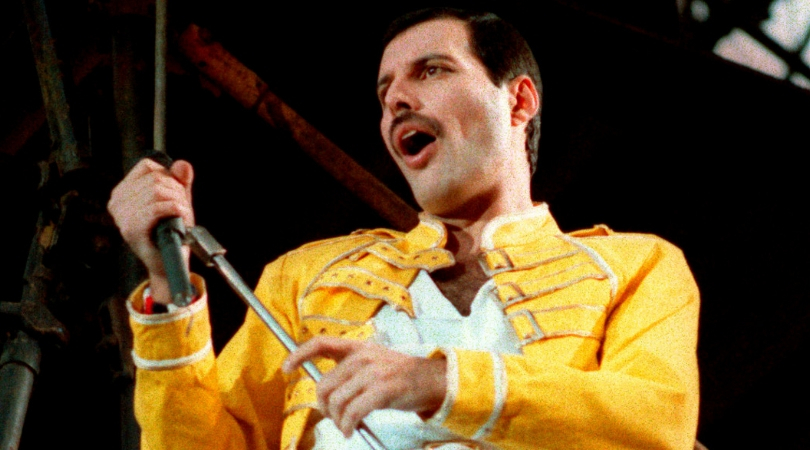 The powerhouse frontman of rock band Queen, Freddie Mercury, was linked to a couple of lovers in his lifetime:  his boyfriend Jim Hutton and his girlfriend Mary Austin, who held many positions in Mercury’s life and heart. He publicly dedicated the song “Love of my Life” to her in front of the whole world. Here’s what happened between them and how she was the love of his life.

Freddie Mercury and Mary Austin Were An Instant Match

A post shared by love of my Life 💘 (@maryaustinbiba)

Mary Austin and Freddie Mercury met long before the Queen frontman was a rock star headlining arenas. Freddie and Mary were both working in the Kensington Market neighborhood in London. She was 19 and he was 24 when the two first met in 1969 at the famous Biba boutique. Brian May, the guitarist for Queen, introduced the two. She was introverted and he was the opposite, outgoing and confident. They gravitated to each other and started a relationship quickly. This included moving into a tiny studio together after just a couple of months.

They were still living together when Freddie and his Queen bandmates Brian May, Roger Taylor, and John Deacon were offered their first record deal with EMI. Mary watched one of their early performances and is quoted as saying “Freddie was just so good on that stage, like I had never seen him before? For the first time, I felt, ?Here is a star in the making'”. She tried to leave him then, thinking that it was only a matter of time before his fame would catch up. He refused to let her leave. She stayed right beside him as Queen became a worldwide sensation with “Bohemian Rhapsody” and beyond.

‘Love of My Life’

The following year, on Christmas Day of 1973 Freddie presented Mary Austin with a large box holding a series of tinier boxes that presented her with a jade ring. He asked her to marry him. He later would write and dedicate the hit “Love of My Life” to her. But, by 1980, the couple seemed to be cooling off. Mercury wasn’t talking about the prospect of a wedding anymore and Mary Austin felt they weren’t as close as they’d been in the past. Finally, he admitted to her that he thought he was bisexual. In response, Mary Austin said, “No Freddie, I don?t think you are bisexual. I think you are gay.”

There had already been numerous rumors about the Queen singer’s love life and sexual orientation. The couple split but remained very close friends. Mercury bought Austin an apartment near his, to keep her nearby. Their romantic relationship was over but not the true love of their deep friendship.

After calling off their engagement, the two sought other partners. Mercury was in a high-profile relationship with Jim Hutton for seven years leading up until his death. Mary Austin had two children with painter Piers Cameron, but the couple didn’t remain together long.

Despite breaking up, Mary and Freddie still loved each other very much and supported each other. Mercury often referred to her as his “old faithful” friend. Mary Austin was by Freddie’s side every day when he contracted AIDS in 1987. When he died years later, he left his estate to Mary, including his Garden Lodge mansion in West London.

She was also the one he asked to scatter his ashes to an unknown location. Some speculate it was Zanzibar, where Freddie was born Farrokh Bulsara to his parents Bomi and Jer Bulsara on September 5, 1946. But as he wished for the location to be kept a secret, Mary says she will never tell. In 1985, Mercury explained their relationship to an interviewer: “All my lovers asked me why they couldn?t replace Mary, but it?s simply impossible. The only friend I?ve got is Mary, and I don?t want anybody else. To me, she was my common-law wife. To me, it was a marriage. We believe in each other, that?s enough for me.?

To this day, Austin resides in the Garden Lodge mansion, decorated the exact same way to keep Freddie’s spirit where it belongs, accompanying her. Romance isn’t what made these two the love of each other’s lives, it was their lasting bond built on trust and unconditional love that only the truly lucky are able to find.

This article was originally published on January 24, 2020.

Watch: Ryan Gosling Gained 60 Pounds For A Role He Didn?t Get