‘Friends’ Is Heading to Movie Theaters for Its 25th Anniversary! 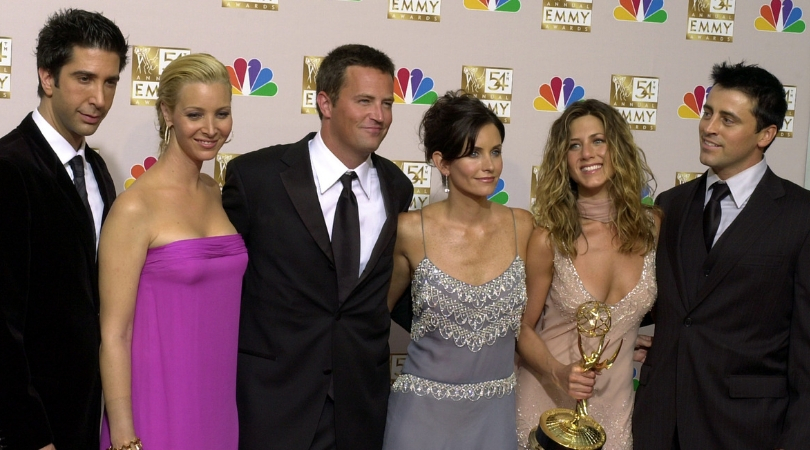 Hip hip, hooray! To celebrate the 25th anniversary of Friends, the beloved series is heading to a movie theater near you for three special screenings of 12 of the most iconic episodes ever! It’s no secret that Friends has made a cultural impact, even though the show ended in 2004. If you’re anything like me, there isn’t a day that goes by where I don’t watch it. It’s my nighttime show and helps me wind down before going to bed. Sure yeah, I know every episode by memory, but there is something comforting about it that I don’t mind watching it over and over and over again.

Most of us grew up watching the Sitcom, which quickly became a staple of our childhood. I know I’m not crazy when I say there are quite a number of loyal fans all around the world.  So yeah, it’s no wonder why creators Marta Kauffman, David Crane, along with producer Kevin Bright and Warner Bros. Television Group, decided to bring back the show once more.

The three-night event, “Friends 25th: The One With The Anniversary, will take place Monday, September 23, Saturday, September 18, and Wednesday, October 2, in more than 1,000 movie theaters across the United States. Each screening will include four remastered episodes, exclusive interviews and never before seen content. Which makes everything even more excited for those of us who know the series back and forward. New stuff equals good stuff, always!

The New York sitcom debuted on NBC in 1994 and ran for a total of 10 seasons until 2004. The talented cast includes Jennifer Aniston, who portrayed the fashionable yet career-driven Rachel Green. Courteney Cox portrayed the OCD but lovable cook Monica Geller. Lisa Kudrow portrayed Phoebe Buffay, who is easily the best character of the show and made everyone laugh in an instant. Matt LeBlanc portrayed Joey Tribbiani, or as some know Dr. Drake Ramoray. Matthew Perry portrayed the hilarious but lovable Chandler Bing, and David Schwimmer portrayed the Unagi dinosaur lover, Ross Geller.

For more details, and tickets, you can head over to Fathom events for more information. You can also watch all seasons of Friends exclusively on Netflix! Still, nothing like the big screen though.