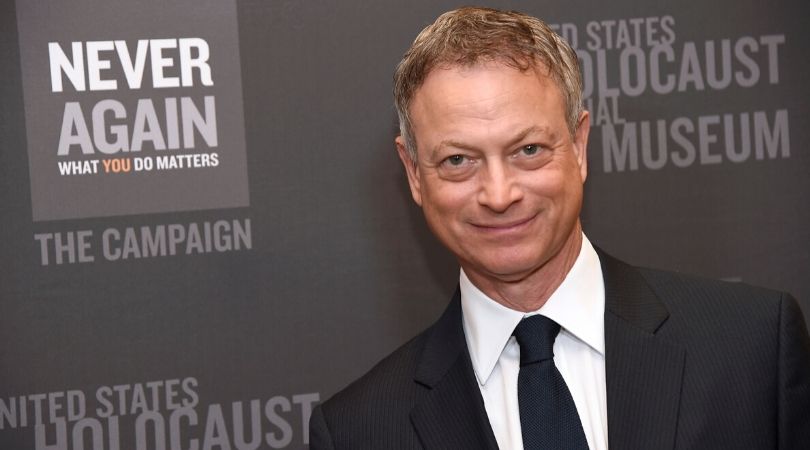 It looks like Actor Gary Sinise has some celebrating to do! Our favorite actor has been awarded the Patriot Award, which is a Congressional Medal of Honor Society’s highest honor, for his charitable effort supporting service members and veterans throughout the years.

Sinise, who is best known for his iconic performance as Lieutenant Dan in Forrest Gump, was presented with the award at the Ronald Reagan Library which is located in Ventura County, California. According to the Department of Defense, the CMHS is a compromise of several members who have received the Medal of Honor.

Congratulations my friend a true hero with a a heart of gold no one is more deserving @GarySinise….
Gary Sinise Honored with Patriot Award for Years of Advocacy for Veterans https://t.co/ORYb2FdBh2 via @BreitbartNews

The society presents a Patriot Award every year to people who “through their life’s work, have distinguished themselves as Americans who are dedicated to freedom and the ideals represented.? It?s no secret that Lieutenant Dan has been helping veterans and servicemen for over a decade now. He celebrated 25 years of advocacy for the Disables American Veterans just last year and founded the Gary Sinise Foundation in 2010. The foundation aims to honor ?our defenders, veterans, first responders, their families, and those in need by creating and supporting unique programs designed to entertain, educate, inspire, strengthen, and build communities.?

From several concerts featuring Sinise?s LT. Dan Band to several special events for military families, the actor has given his work full attention. A few months ago, he flew more than 1,700 military families of Fallen Soldiers to Walt Disney World in Orlando, Florida, as a special Christmas present.

WELL-DESERVED- 👏Gary Sinise received the Congressional Medal of Honor Society's highest honor for all of the support he has given to veterans and their families.Sinise is known to many for his beloved role as Lieutenant Dan in “Forrest Gump. https://t.co/DC5g2EZGU4

The actor stated, ?They?re dealing with the grief and the loss of a loved one, a mom or a dad who have died in military service, and all these kids are going through the same thing, so the power of all of them in the same place at the same time, many of them ? hundreds of them ? was very healing for a lot of them.? The CSI actor also builds adaptable homes for wounded veterans. Just last month, the actor gave quadruple amputee keys to his new smart home which was 100% mortgage-free.

The Hollywood actor stated his dedication to helping others goes back decades since he has veterans in his own family. In January, the Gary Sinise Foundation awarded a $78,000 grant to Jefferson Township Fire Department in Ross County Ohio, which allowed them to buy new equipment.