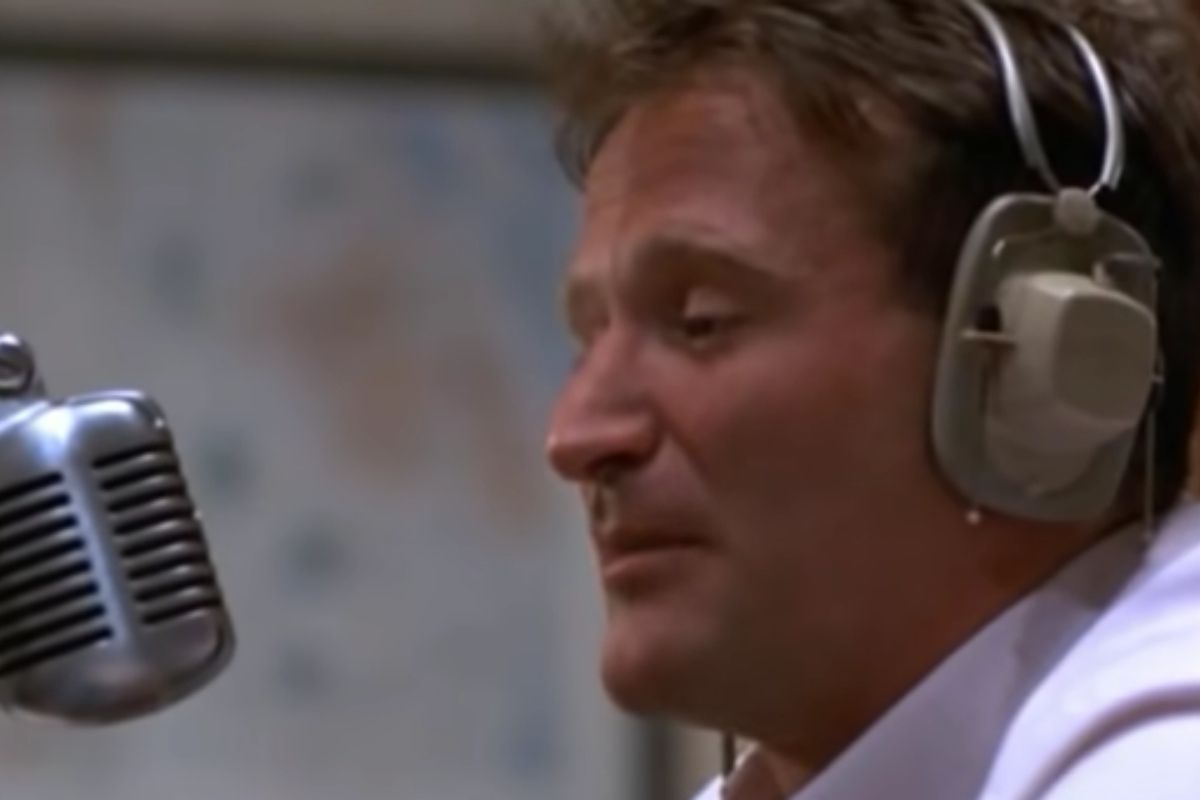 The late actor Robin Williams was a favorite amongst American audiences. I mean, just scrolling through his IMDB page proves his success. Before hitting it big as a movie star, Williams was a beloved actor on the sitcom Mork and Mindy. It was his role in Good Morning Vietnam that would help launch his big-screen career and as it turns out, there was going to be a sequel!

When you think of Robin Williams, you probably think of his goofy performance in Mrs. Doubtfire or his success in Dead Poets Society, or all the Oscars, Golden Globes, and other awards he has won. However, it was a role in a Disney picture based on a true story that would make him a break-out star. Williams was a box office legend and noted as one of the best actors, especially when starring in comedy-drama films. When he passed away in 2014, the country was heartbroken. Imagine if this Good Morning Vietnam sequel was actually released, we’d have one more wonderful film to remember him by!

Good Morning Vietnam was released in 1987 after being turned down in its original form, a sitcom pitched by the real-life Adrian Cronauer. Cronauer was a radio DJ who wanted to share his experience working for a radio station during the Vietnam war. Most networks found this to be too soon after the controversial war for the general public to enjoy a television show about it. It wasn’t until Robin Williams heard of the story and decided to take a chance on it. They tried to make it a tv show, but it just didn’t work out. It wasn’t until writer Mitch Markowitz wrote up a screenplay that Hollywood would become interested.

Director Barry Levinson joined the crew and the film was put into production. Williams would play the Cronauer character, working for an armed forces radio station entertaining troops in Saigon. While the end result was more fiction than anything else, it was a surprising success. The film has a 90% rating on Rotten Tomatoes.

While Good Morning Vietnam didn’t go down as one of the best movies ever, it was commercially successful. It made a lot of money, which of course had the creators itching to make a sequel. The lost sequel of Good Morning Vietnam was to be called Good Morning, Chicago. The film was set during the 1960s at the Democratic National Convention. The Cronauer character would be working as a journalist covering the convention. Disney was so onboard with another film that they hired screenwriter Mark Frost to start working on the project. He wrote up a screenplay, but the production stalled. Alas, we never got that sequel to Good Morning Vietnam.

Watch: Here?s What Robin Williams? Children Are Up To Now