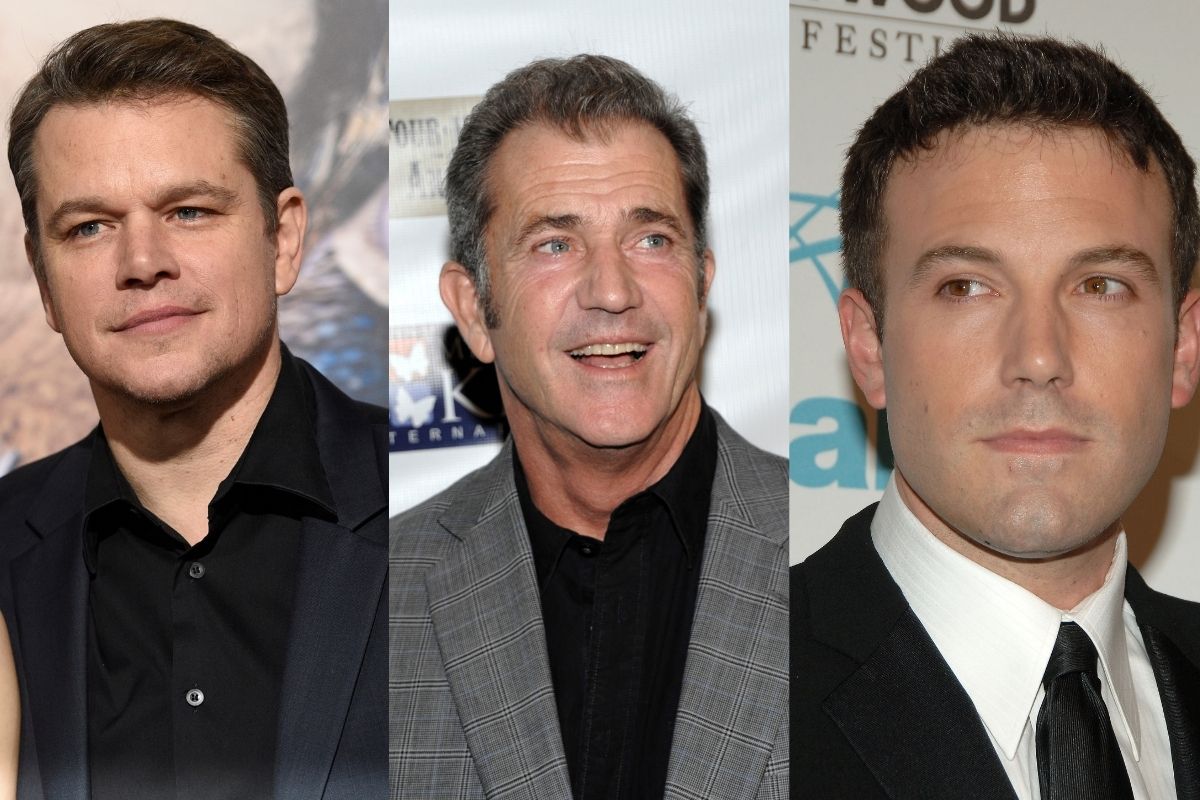 Indie filmmaker Gus Van Sant has made his career directing young heartthrobs: Matt Dillion in Drugstore Cowboy, Keanu Reeves and River Phoenix in My Own Private Idaho, and, most famously, Matt Damon in Good Will Hunting. Although it’s hard to imagine anyone else transforming Matt Damon and Ben Affleck’s Oscar-winning screenplay to film, Good Will Hunting was in serious consideration with other directors, like Kevin Smith and even… Mel Gibson?

The Making of ‘Good Will Hunting’

When Matt Dillion began writing Good Will Hunting for a playwriting class at Harvard University, he never suspected it would launch him and his best friend, Ben Affleck, into A-list stardom. And while the dynamic duo is rightly credited with penning the warm-hearted script that we know today as Good Will Hunting, many other familiar celebrities helped them along the way. The script was first purchased by Castle Rock Entertainment for $675,000, although Castle Rock president Rob Reiner urged the young men to drop the many thriller elements which colored their original first draft. Damon and Affleck heeded the advice, and thus the beloved understated, realistic version of Good Will Hunting emerged. Celebrated director Terrence Malick also offered some advice to the budding screenwriters. It was Malick who casually suggested that the movie ends with Will following Skylar (Minnie Driver) to California.

With the story solidified, the future of its production remained unknown. After remaining in stasis for some time at Castle Rock Entertainment, Affleck and Damon had still not secured a director. Kevin Smith, who’d risen to prominence with his offbeat debut film Clerks, passed on the chance to direct it. As an early staple of Miramax Film, the lucrative distribution of Clerks had earned Smith an impressive reputation. Having worked with Ben Affleck closely on Mallrats and Chasing Amy, he was approached with the opportunity to direct Good Will Hunting early on. And despite loving the premise, the funny man Smith told Affleck, “I wouldn?t dare direct this movie, this is so beautiful.? Sensing the serious tone of Good Will Hunting ? and its immense promise ? Smith personally took the script to his old producer and (now former) friend, Harvey Weinstein.

In the year 1997, Weinstein ruled independent cinema. While it’s hard to think about now, the infamous sex criminal exerted immense Hollywood influence as the head of Miramax Films. By the time Boston natives Ben Affleck and Matt Damon were pursuing their first feature, Weinstein had been turning low-budget, obscure projects into awards-recognized masterpieces for a decade. After reading Good Will Hunting, Weinstein immediately made a play for the distribution rights. Weinstein then sought out a high-profile director as the film lacked bankable star power, prior to Robin Williams signing on to play Dr. Sean Maguire. His first choice: Mel Gibson, fresh off the success of Braveheart.

For a time, it seemed that perhaps Mel Gibson really would helm the Boston drama. However, Good Will Hunting remained frustratingly in the early stages of development, just as it had at Castle Rock. As Gibson and producer Chris Moore continued to toy with ideas for the venture, Matt Damon grew restless. Eventually, the outspoken Damon told Gibson directly: “Look, man. We?re getting too old. If this keeps going by, Ben and I can?t play these parts. Is there any chance you?d just let it go?” Gibson understood he was not in the place to speed up production, and (surprisingly) graciously stepped down from the project.

Miraculously, things soon fell into place. Gus Van Sant, who had worked with Ben?s brother Casey Affleck in To Die For, signed on to direct. Meanwhile, Matt Damon was cast in Francis Ford Coppola?s highly anticipated John Grisham adaptation, The Rainmaker. Although Ben Affleck and Matt Damon are often remembered for bursting onto the Hollywood scene so suddenly with Good Will Hunting, each actor was concurrently working to establish himself as the leading man. Affleck in Chasing Amy and Damon in The Rainmaker. These side projects create buzz for Good Will Hunting. When Robin Williams officially joined the cast, everything was green-lit for the rising stars.

Against a budget of $10 million, Good Will Hunting grossed over $225 million in theaters. The underdog story following the personal journey of Will Hunting, the genius MIT janitor, is now considered a modern classic. Ben Affleck and Matt Damon adorably shared the Academy Award for Best Original Screenplay while longtime screen legend Robin Williams won his first and only Oscar for Best Supporting Actor. (Seriously, try not to cry when watching both of these acceptance speeches.) Demonstrating his sensitive range in a performance that still resonates, the famed improvisational comedian proved that he was more than met the eye. Good Will Hunting refined Williams’ legacy and confirmed the path of rising stars, Matt Damon and Ben Affleck. It also inspired a new tradition of badly imitating South Boston accents. How you like them apples?