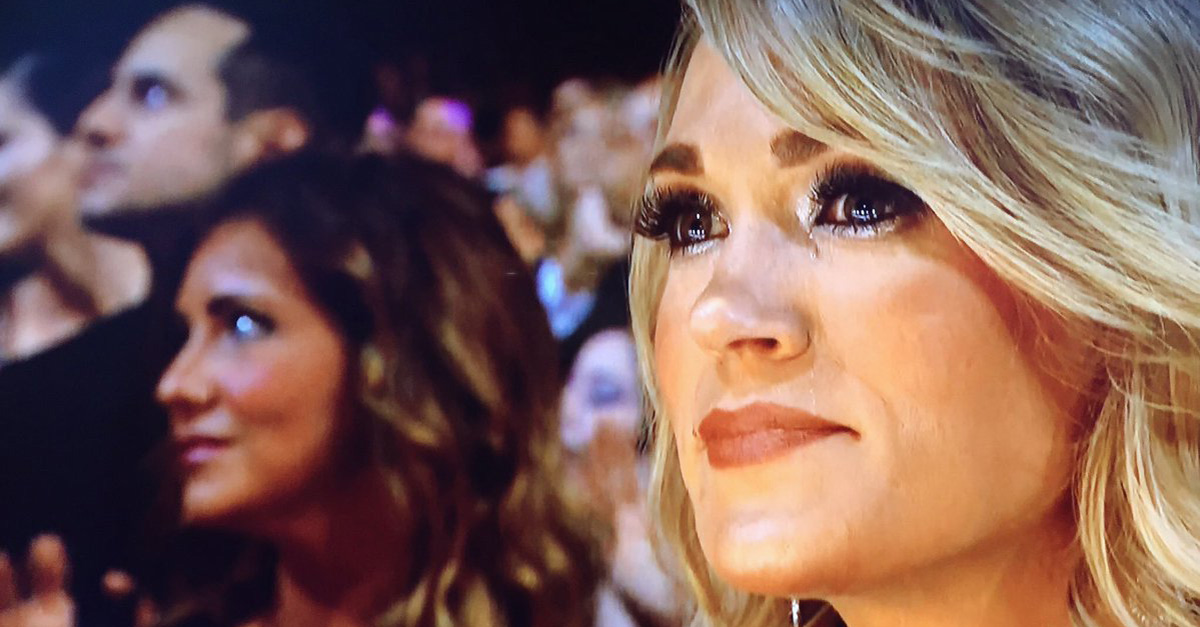 Twitter/@Fisherwood_1212
Carrie Underwood is emotional during a tribute to George Michael at the 2017 Grammy Awards.

As exciting as every Grammy night is, it isn’t complete without its fair share of emotional moments as well, and this year’s gala was no exception. Perhaps the most emotional moment of the night was Adele’s tribute to pop icon George Michael, who passed away on Christmas of 2016.

If you missed the Grammys, Adele began her haunting performance of “Fastlove” with just a piano and her breathtaking voice. But something wasn’t right. It looked like she was unable to hear herself and her cues. Whether it was a monitor issue or nerves is unknown, but the beautiful Adele, on one of the biggest stages in music, stopped singing, apologized profusely, and said, “I’m sorry. I can’t mess this up for him.”

Obviously upset, she turned her back to the audience, wiping tears, then turned around and began again. She simply wanted to get it right — for George. And no one in that crowd or watching at home begrudged her that opportunity.

Especially not Carrie Underwood, who counts George Michael as one of her greatest influences. In fact, Carrie was on her feet for much of Adele’s performance. Whether it was a show of support toward a fellow artist or out of respect to her beloved hero, only Carrie knows, but the impact of the emotional performance and her personal loss were written all over her face.

my heart is physically shattered pic.twitter.com/pcMuARtiG3

RELATED: Carrie Underwood honors the passing of her “biggest musical influence” in this incredible cover

Carrie wasn’t alone in being affected by the dramatic performance and Adele’s compelling vocal. If you look at those around her, everyone seems to be equally moved by the touching moment.

After the “Wake Me Up Before You Go-Go” singer’s death was announced, Carrie shared her heartbreak in an Instagram post, saying, “As an adult, I cried when I saw him in concert. His songs and his voice helped to teach me how to sing. I will forever regret not letting him know…Thank you, George, for giving the world your gifts.”