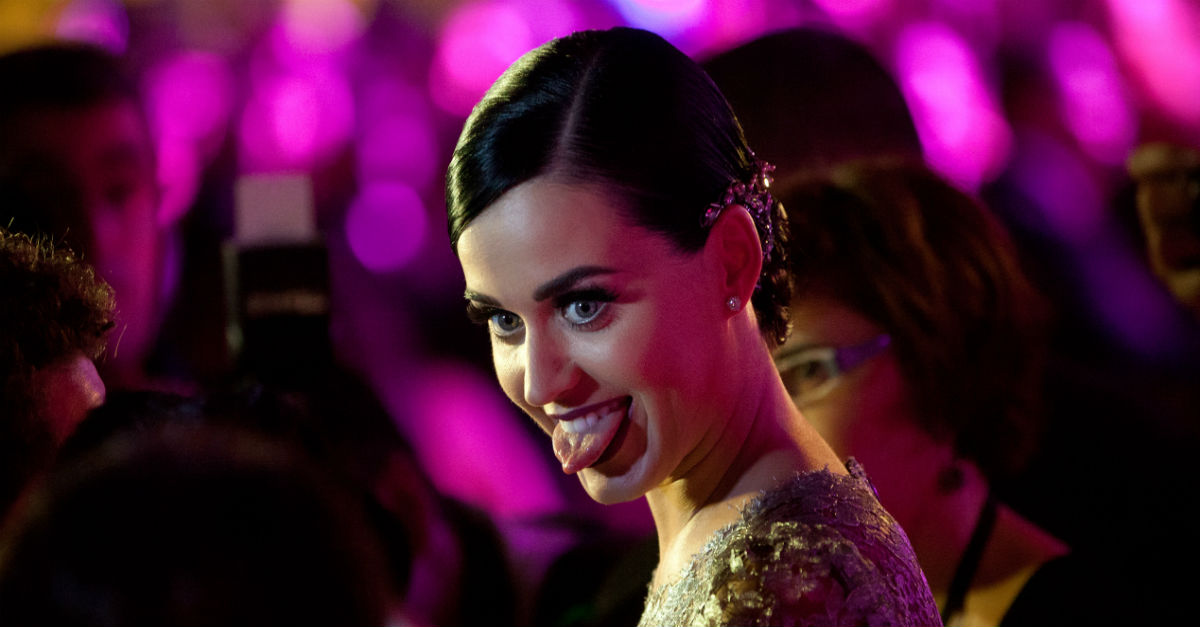 After a musical homage from country stars “Little Big Town,” Katy Perry hit the stage at the 59th annual Grammy Awards to perform her new single, “Chained to the Rhythm.” Perry, who heavily campaigned for former Secretary of State Hillary Clinton during the 2016 presidential election cycle kept the politics on the back-burner for most of her performance.

At the end of her song, Perry joined hands with Skip Marley, Bob Marley’s grandson who is featured on her track. The two stood hand in hand as an image of the Constitution of the United States appeared on stage.

Perry then yelled “No hate!” into her microphone.

Katy Perry ends with: "No hate!" and this visual at #TheGrammys pic.twitter.com/hMeiDiQrvE

“No hate,” could be related to one of two political positions, both important to Perry.

The No Hate Speech Movement is an online movement that is meant to raise awareness on the dangers hate speech has on society.

“No hate,” has also been included in many chants yelled by people protesting against President Donald Trump’s immigration ban.

Katy Perry's performance of Chained to the rhythm. She did that. pic.twitter.com/bgHe16MmB4

“No hate, no fear, refugees are welcome here,” protesters have chanted across the country.

Perry joined Jennifer Lopez, James Corden, Paris Jackson and other celebrities at the Grammy Awards who took time to make a political statement.

Perry could also be seen wearing a Persist armband. The armband appeared to be a takeoff of the #Resist movement, an online social media push reject President Trump.

🙆🏻NO HATE🙆🏻 IT WAS SO POWERFUL💪🏻 I'm so proud of you @katyperry #ChainedToTheRhythm #GRAMMYs pic.twitter.com/04t1eaS7rl