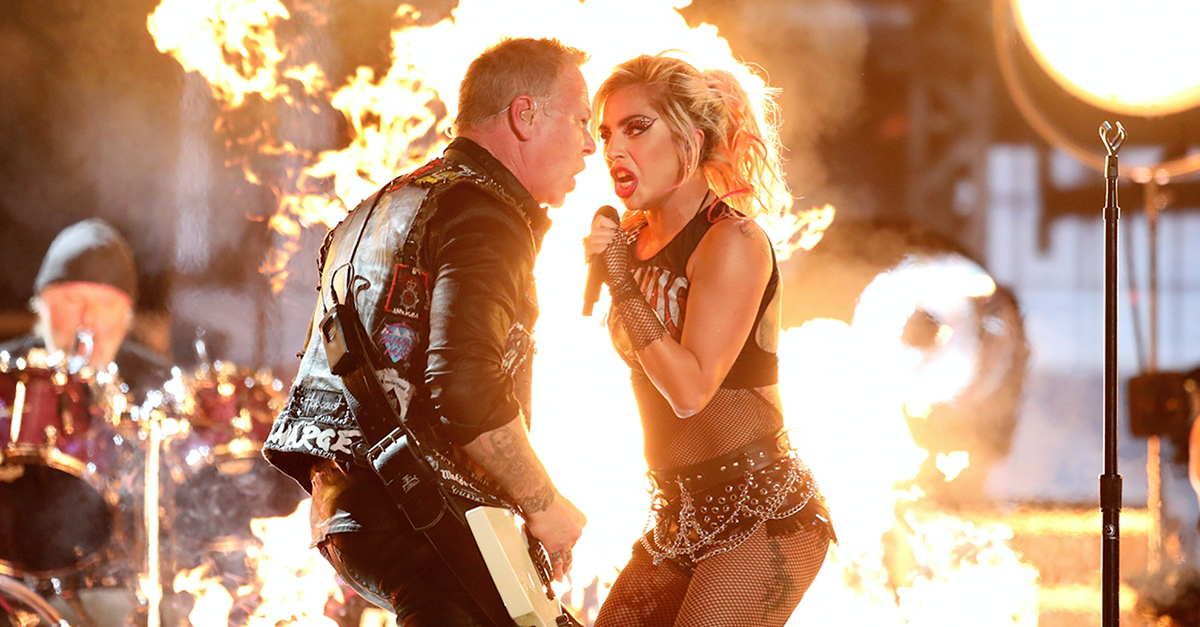 At the 59th annual Grammy Awards, Lady Gaga joined rock icons Metallica for a blistering performance of their new song, “Moth into Flame.”

One week after performing a heavily pop influenced halftime show at the Super Bowl, Gaga put on her best eyeliner and leather to scream with James Hetfield of Metallica.

For the first half of the performance, audio engineers did a big disservice to Hetfield as his microphone was inoperable. What was meant to be a duet between he and Gaga started off with only Gaga. Eventually, the two shared a microphone, though Hetfield looked visibly annoyed throughout the set.

Gaga, who has also done high-profile performances with easy listening crooner Tony Bennet and performed a rock tribute to David Bowie last year, showed off a new side of her voice. Social media users quickly began praising Gaga for her musical range.

Gaga gives 1000% to literally whatever she does.
Super Bowl? Got it.
Tony Bennett? Totally!
AHS Forest Witch? OK!
Metallica? RAR!

At the end of the performance, Gaga hit the floor in exhaustion, as Hetfield knocked over his mic and angrily threw down his guitar.