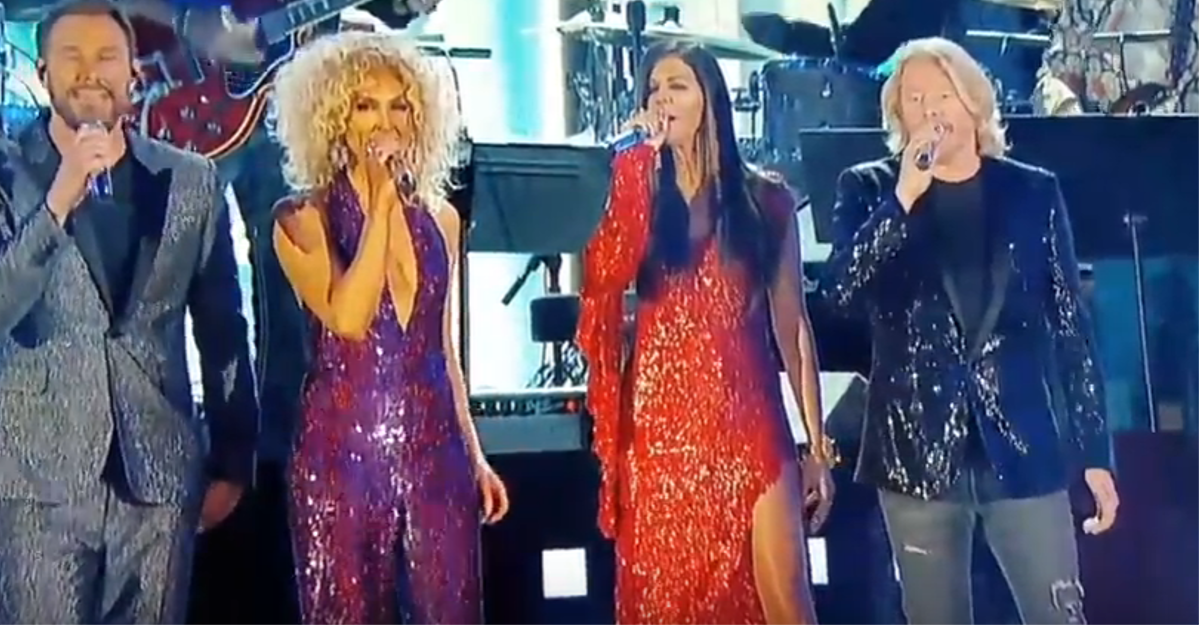 In a show that truly showed off the amazing similarities and differences between musical genres, country music truly shined within none other than a disco mashup.

In a tribute to the 40th anniversary of the “Saturday Night Fever” soundtrack and the 50th anniversary of the Bee Gees’ success in the states, Little Big Town’s vocals shined in a beautiful and sweet version of the trio’s ballad “How Deep Is Your Love.” The country quartet was also joined by fellow performances by Tori Kelly (“Tragedy”), Demi Lovato (“Stayin’ Alive”) and Andra Day (“Night Fever.”)

RELATED: Little Big Town just got a little bit bigger thanks to this bundle of joy

Earlier in the night, Little Big Town turned out an amazing, yet too short, a cappella performance of “Teenage Dream,” as they introduced Katy Perry and her performance of her new single, “Chained to the Rhythm.”

On Feb. 14, Little Big Town will return to the stage to perform at the “Stayin’ Alive: A Grammy Salute to the Music of the Bee Gees,” which will air later this year. Other artists scheduled to be on hand at the must-not-miss event include Celine Dion, Tori Kelly, John Legend, Pentatonix and Keith Urban. The event will also feature Bee Gees co-founder Barry Gibb, who will sing a selection of hits from the “Saturday Night Fever” soundtrack.

February has been quite a busy month for Little Big Town, who will release their new album, “The Breaker,” on Feb. 24. The album features their new, Taylor Swift-penned single “Better Man,” which is currently on its way up the charts. On the same night, LBT will kick off their first-ever residency, “Little Big Town at the Mother Church,” at Nashville’s iconic Ryman Auditorium.