With tears in her eyes, Adele accepted the Grammys’ biggest award but wanted to dedicate it to someone else 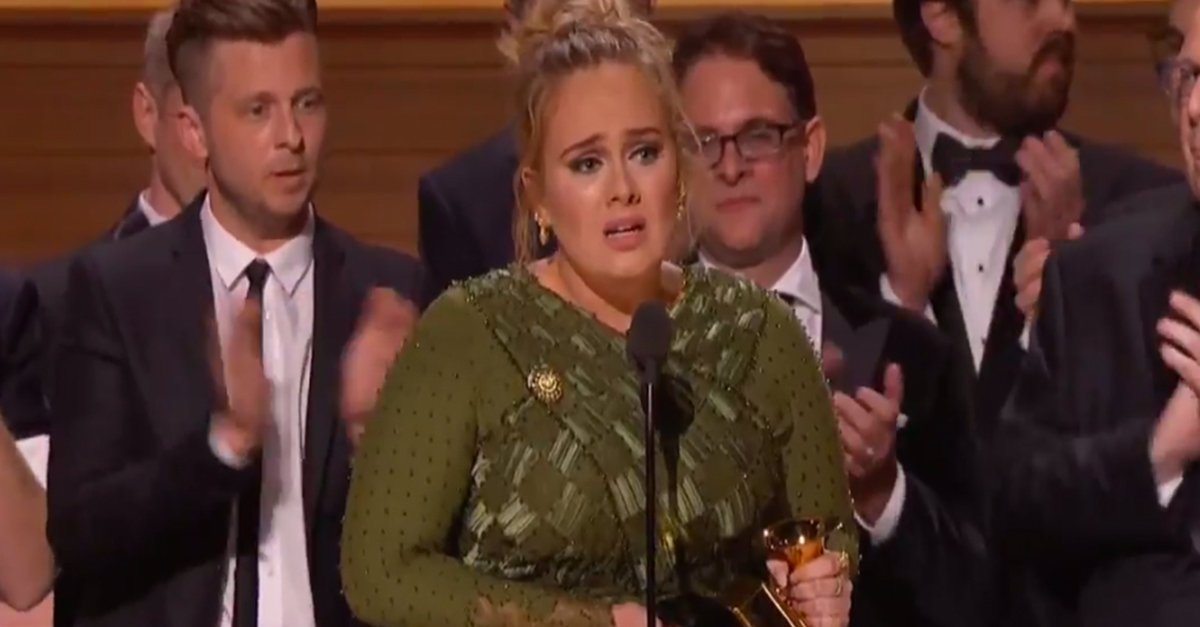 Adele beat out Beyoncé in every major category where the two were pitted against each other at the 59th annual Grammy Awards.

RELATED: The most popular rapper in the country used his Grammy platform to talk about how much he loves Jesus

When she won Record of the Year for her song “Hello,” Adele made sure to thank Beyoncé, who was sitting just a few feet from her. According to Adele, Beyoncé was the artist of her life, and she had loved everything she had done since she was a girl.

Adele wins Album of the Year, dedicates it to Beyonce: "I can't possibly accept this award." #GRAMMYs pic.twitter.com/9Msjhz9Cj6

Moments later, a visibly shaken Adele was back onstage accepting the award for Album of the Year. Despite expressing gratitude for her Grammy win, Adele devoted much of her speech to praising Beyoncé after she said that she couldn’t possible accept the award.

“The artist of my life is Beyoncé, this album is so monumental,” Adele said of Beyoncé’s genre-defining record, “Lemonade.”

“All us artists here fucking adore you,” Adele continued, her second time cursing on the live mic that night. The first of which occurred when she stopped mid-performance during her George Michael tribute.

“The way you make me and my friends feel is empowering and I love you and I always will.”

“You’re the only reason I do it,” Adele said of Beyoncé.