10 Hallmark Movies We Can’t Get Enough of 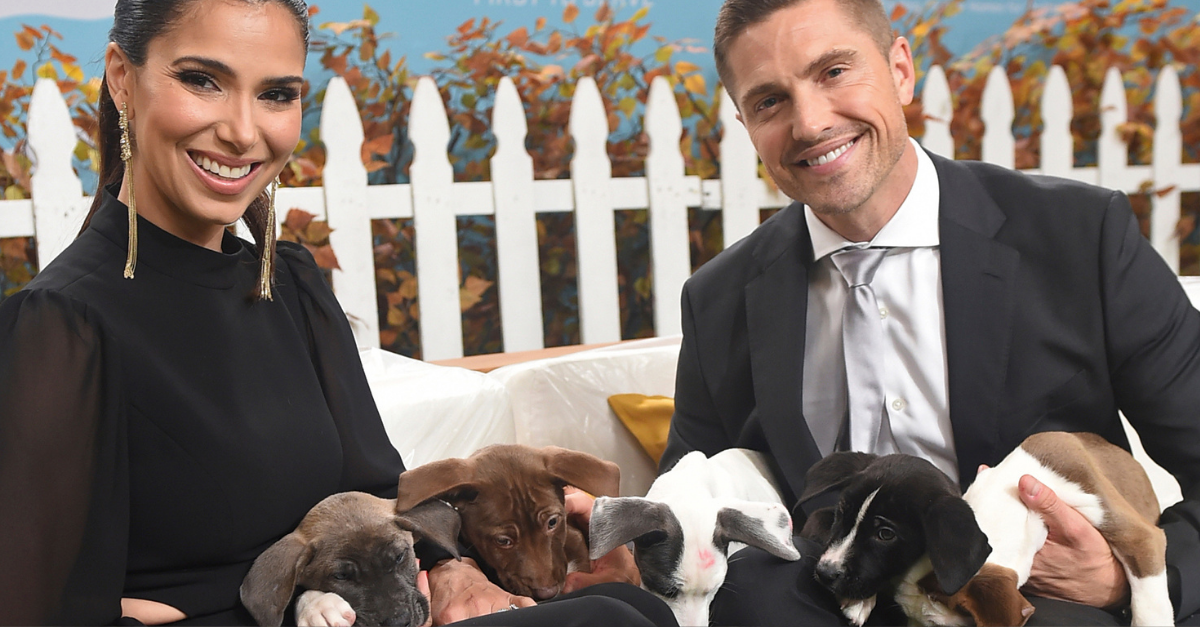 The movie industry is the number one spot people go to be entertained to experience something new and learn about the world. The problem with this is that it’s often an inaccurate representation of the world. Especially in places like the Hallmark Channel, known for their Hallmark Christmas movies that run all day every day during the holiday season. But, have you ever turned on the TV in March and get captivated by a Hallmark movie you’ve never heard of? You know, that random hidden gem that makes you feel good? Well, here are 10 Hallmark moves that arent from the Hallmark hall of fame, but that offer something a little different.

Starring Roselyn Sanchez and her husband, Eric Winter, in the 2019 film A Taste of Summer. They both have successful shows on the ABC network, which is either of their first Hallmark Channel Movie. The film is about a woman named Gabby Ferrer (Sanchez) who moves to Brightmore, Massachusetts from New York City to open her own restaurant. She meets Caleb, a fellow restauranteur who is a single father and finds time to coach his girl’s softball team. They compete in the Taste of Summer contest over the summer and, of course, fall in love.

This Christmas film stars Tatyana Ali (Ashley Banks from The Fresh Prince of Bel-Air) in a Christmas film based on a New York Times bestselling novel, ‘The Second Sister”. Co-stars in this 2018 Hallmark Channel original movie include Dennis Haysbert and Patti LaBelle.The story is about Lucy Toomey (Ali), who wants to be made a partner at her law firm. However, unexpectedly a family emergency draws her to back them to Wisconsin. While she runs into her high school sweetheart and gets a new look at the place, she was so hesitant to call home.

A Majestic Christmas stars Jerrika Hinton and Christina Vincent in a story about an architect (Hinton) who returns to her hometown, Briar Falls, to gentrify the Majestic playhouse into a multiplex. She isn’t happy about her assignment, especially when she meets the guy- the theatre owner. They go through the motions of squabbling before, well, you know.

You didn’t think we’d skip our fave babe Megan Markel on this list, did you? Of course not- that wouldn’t be American. So, this one is about a girl who, all together class “goes back to her hometown” to write an article for her Chicago Post job about her parent’s firework business. When she arrives she has to witness the most tragic thing…her best friend planning a fourth of July themed wedding to HER ex-boyfriend! Needless to say, the princess gets her crown, if you know what I’m saying.

Christina Milan stars next to Mark Taylor in this Hallmark holiday movie as Noelle, a San Franciso financial dealmaker who goes back to Michigan to sell her family home. While she is there, she manages to make a deal to save her home town and her love life! Whoohoo! Christmas 1, Grinch, 0!

This wedding movie stars Heather Hemmens, an Afro-Costa Rican-American producer, director, and actor named Lily, producing a wedding reality show. When her Ex, Scott, appears as one of the grooms-to-be on the show, you know those cameras have some drama to capture! Pop your popcorn because you know this one’s gonna be juicy.

Mexican-Lebanese-American actress, Emeraude Toubia, a multi teen choice award, and GLAAD award winner stars in Love in the Sun. Her character, a dating app creator, returns to her home in Florida. She rekindles a connection with her high school sweetheart, played by Tom Maden. Needless to say, they fall in love in the sun.

8. “Christmas at the Plaza”

Christmas In the Plaza is about Jessica, a historian who is asked to create a Christmas themed exhibit at The Plaza hotel. This is where she meets Nick, who helps with the holiday project and probably rings her Christmas bells. Together, they wind up enjoying a host of several holiday traditions and find themselves ultimately falling in love with each other. But, tension begins as Jessica needs to figure out her “romantic priorities to which she will need to decide who she wants to spend her Christmas with. HO HO HO!

This movie took me almost an hour, and thirty Google queries to find. Here’s looking at you, Hallmark Channel. From the Hallmark Hall of Fame, The Flamingo Rising is a film where Hunter Lee decides to open the world’s largest drive-in movie theater… across from a cemetery! Christopher Larkin also has a small role in this film. But at least he’s there!

This one features the good old Hallmark staple of a baking contest. Tia Mowry-Hardrict (Sister, sister, hello!!!) stars as an architect that enters a contest in which she has to make a lifesize gingerbread house. When her partner bails, she meets, a single dad, Adam, who is also a baker. She convinces him to help her in the contest, and from there, they have a hella yummy holiday!