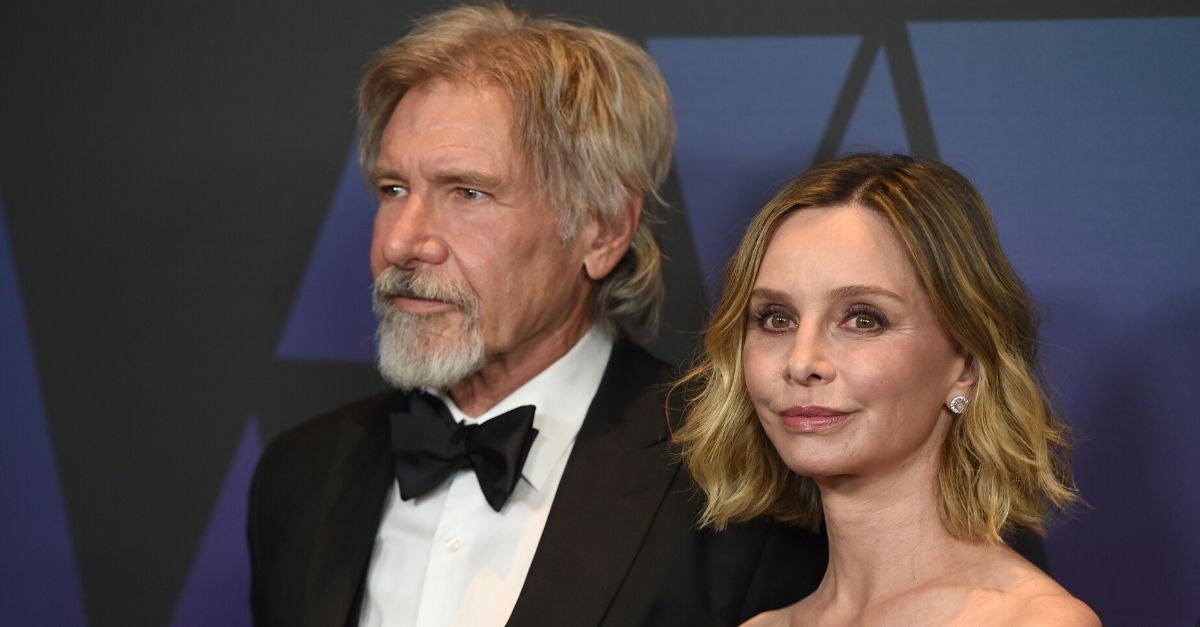 Harrison Ford is one of Hollywood’s biggest names having starred in blockbusters from Star Wars as Han Solo, The Fugitive, Indiana Jones, Air force One, and many more. The A-lister no only snags the highest-grossing films (having starred in over 81 films total) but is also an environmental activist, aviator, husband, and father.

Ford has been married multiple times. He first married Mary Marquardt back in 1964. After a little over ten years together they split up. The couple has two sons together, Benjamin and Willard. Four years later, the star remarried to Melissa Mathison, a screenwriter famous for The Indian in The Cupboard, and E.T. The Extra-Terrestrial. They also had two children a boy and a girl, Malcolm, and Georgia. The couple split in 2004. Ford married actress Calista Flockhart most recently, in 2010. Flockhart is most known for her role as Ally in Ally McBeal on Fox network. The two remain married and share a son that they adopted together.

I love this photo of both of us grilling it up. Metaphorically I think it speaks volumes. My dad or pops (newly adapted) He taught me resiliency as a young father and later helped give me the courage to pursue my dreams. Happy Father’s Day! pic.twitter.com/zxgRU91ubh

Ben Ford is the first child of Harrison Ford and Mary Marquardt. Born in 1967, Ford is an accomplished chef and author. His book, “Taming the Feast” is an illustrated instruction for menus. He also owns his own restaurant, Ford’s Filling Station, located in Culver City. Ben is also a husband and a father. He and his wife, Emily Tomerlin have two children, Waylon and Ethan.

Benjamin’s younger brother Willard, the second child in Harrison fords second marriage, also works outside of Hollywood. Instead, he is an entrepreneur. He owns a gym, Strong Sports Gym, and a clothing company, Ludwig Clothing Company. He, like his brother, has two kids, Eliel and Guiliana.

The first child born to Harrison Ford and his second wife, Melissa Mathison was born in 1987. Malcolm is a musician and provides vocals for The Dough Rollers, an indie band. They’ve toured with the likes of Bob Dylan and Queens of the Stone Age and released their album Gone Baby Gone in 2014.

Georgia Ford is Harrison Ford‘s only daughter. Born in 1990, shes has started to act as a profession. Her debut film was American Mildskare in 2003. The Visitor and True Story have followed since.

?The youngest of Ford’s kids, is his adopted son, Liam with third wife, actress Calista Flockhart. He is eighteen years old and tends to shy away from the spotlight, living a peaceful, anonymous life.