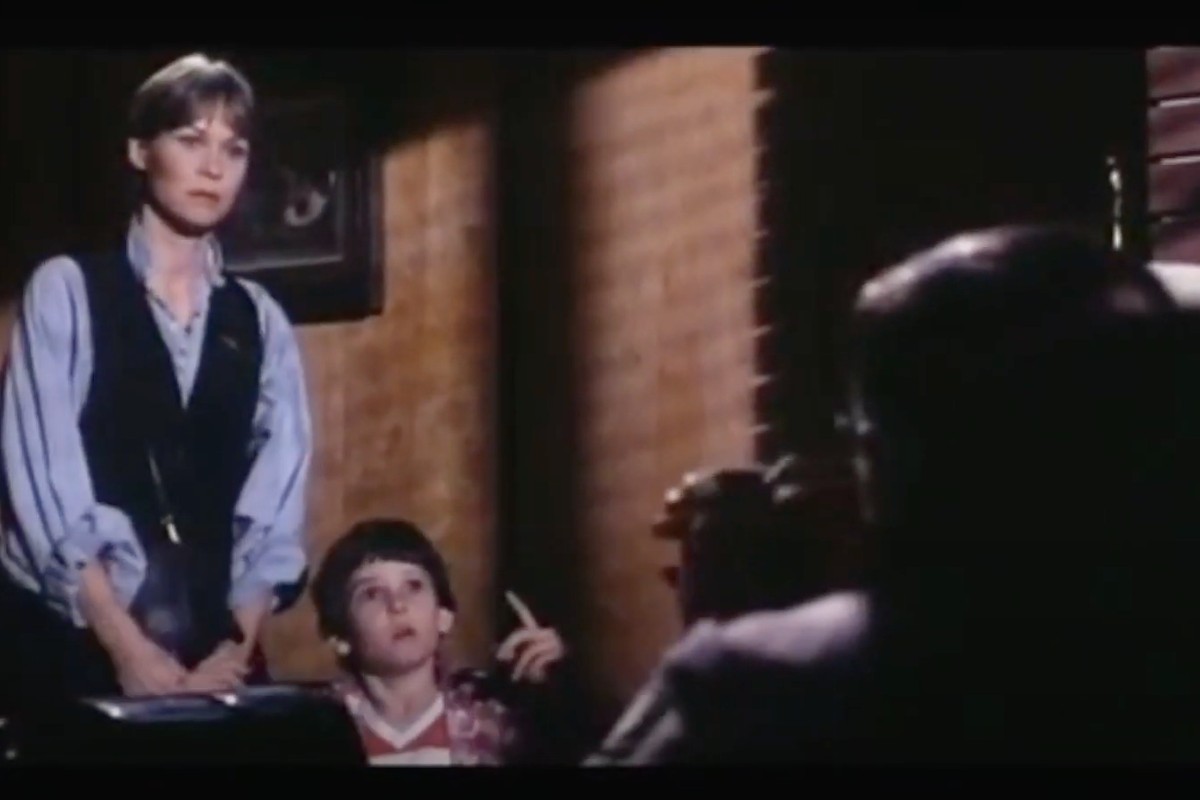 In 1981, when Steven Spielberg began filming his smash hit sci-fi E.T.: The Extra-Terrestrial, Harrison Ford’s career was also riding high off the Indiana Jones and Star Wars franchises. A cameo from The Empire Strikes Back star no doubt would have delighted E.T. audiences. Perhaps too much so — Spielberg ultimately decided to cut Ford from the film, worried that the star’s brief appearance would distract audiences.

E.T., which starred Dee Wallace, Henry Thomas, and Drew Barrymore, saw a 20th Anniversary rerelease in 2002. Rumors circulated that Ford’s cameo would be added to the new cut. Though these proved unfounded, a grainy version of the deleted scene can be found on YouTube.

In the now-deleted scene, Elliott (played by Thomas) has been sent to the principal’s office, after his psychic connection with E.T. causes him to liberate the frogs in his science class and kiss his classmate. Back at home, the extra-terrestrial watches TV builds his communicator, and drinks beer, causing Elliott to appear intoxicated.

Ford’s role is Elliott’s stern school principal (something of a joke, playing off Ford’s typecasting as devil-may-care, Han Solo-Esque characters), whose face is never shown. He lectures the young lad on the dangers of underage drinking, failing to notice when his chair begins to levitate.

Behind E.T.’s Lost Scene: Why Did Steven Spielberg Cut It?

In real life, the young Thomas was thrilled at the opportunity to meet one of his Hollywood heroes. “When I met Steven, the first thing out of my mouth was I think, ‘I love Raiders of the Lost Ark,’ and my hero was Harrison Ford,” Thomas told Entertainment Weekly.

Harrison Ford’s then-girlfriend and E.T. screenwriter Melissa Mathison shot the cameo scene. Ultimately, Spielberg felt neither the scene nor Ford’s presence added much to the story and might distract audiences from the film’s focus.

Of course, this minor deleted cameo in E.T. failed to diminish either party’s success in the ’80s. E.T. would win four Academy Awards for its visual effects and John William’s legendary score and wound up the highest-grossing film of the decade. Ford and filmmakers George Lucas and Spielberg’s 1989 partnership on Indiana Jones and the Last Crusade would also make that top ten list. And Ford found acclaim in a number of other 80’s sci-fi classics, including Ridley Scott’s Blade Runner and (of course) the now-Disney-owned Star Wars saga.