Harry Belafonte Throughout the Years as a Singer, Actor, and Activist 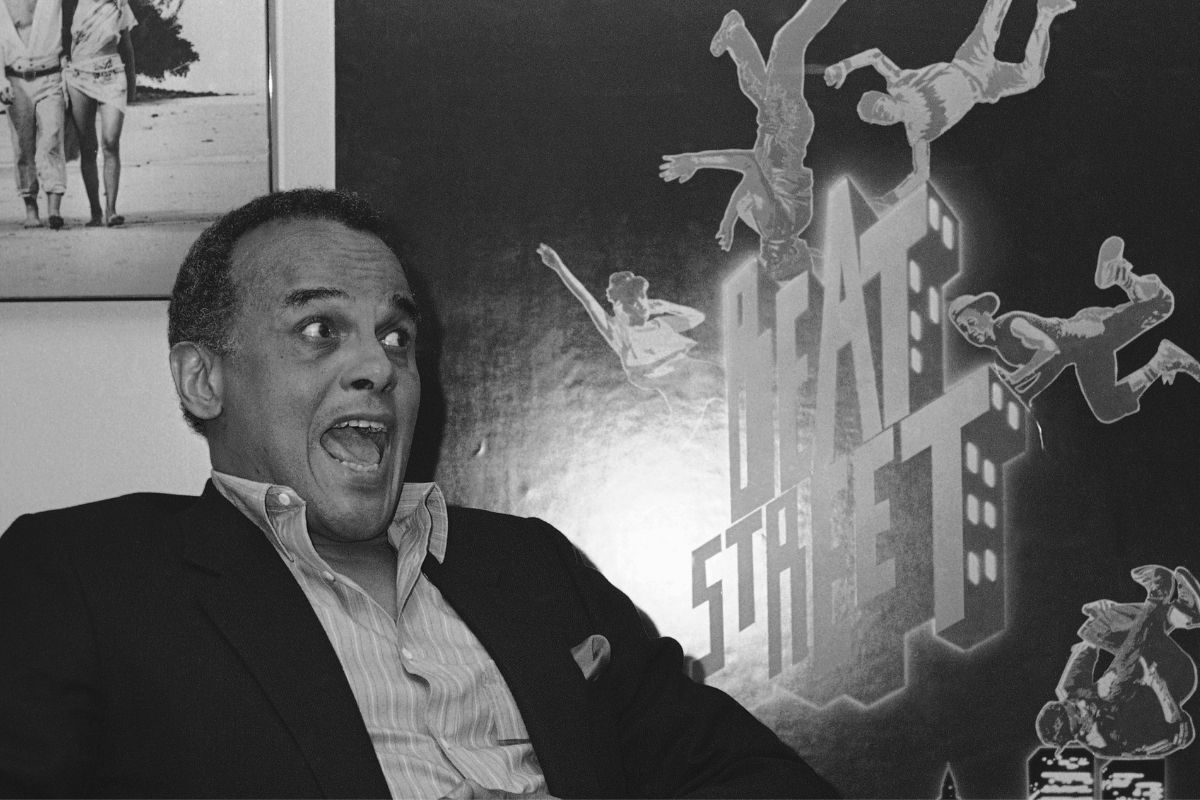 Harry Belafonte is an American singer and performer who has worn many hats. From singing and acting to directing and activism. He is known for his involvement in the Civil Rights Movement and songs such as “Matilda.” He is truly a versatile individual. Belafonte was born Harold George Bellanfanti Jr, in 1920’s Harlem, New York, to Jamaican parents. This is where the influence in the musical style he popularized, Calypso came from.

When his musical career started off, Belafonte was a pop singer playing in New York clubs. He was backed by the Charlie Parker band consisting of Charlie Parker, Max Roach, and Miles Davis. For a short time around 1949, he was signed to the Roost Label. Not long after this, he took an interest in folk music and combed through the Library of Congress’ American Folk section to learn about and how to play folk songs. And after making his debut at The Village Vanguard, a popular jazz club, he was signed to RCA in 1953.

Although he was successful in genres including blues, folk, gospel, and show tunes, he became known as the “King of Calypso.” His album Calypso featuring the hits “Banana Boat Song” and “Jump in the Line” became the first LP to sell over 1 million copies within a year of its release. The album spent 31 weeks at No. 1 and spent 58 weeks in the top ten. Not only was the record well-received, but he was also the first to show an American audience calypso music. Throughout this career, he introduced American audiences to many artists including Miriam Makeba from South Africa and Greek singer Nana Mouskouri. His album Midnight Special also featured a young Bob Dylan on harmonica. In total, he has released thirty studio albums and 8 live albums.

By the age of 32, he was earning many accolades and appearing in TV specials. In 1959, Tonight With Belafonte premiered, the TV special was nationally televised featuring stars such as Odetta, who sang the duet “There’s a Hole in My Bucket” with Belafonte. The same year he was given an Emmy award (he later won one for An Evening with Belafonte/Makeba and Swing Dat Hammer) making him the first Jamaican-American individual to win the award. He recorded two live albums at Carnegie Hall that were critically successful.

That year he also performed at the inaugural gala alongside Frank Sinatra for President John F. Kennedy. Throughout the 1960s Harry Belafonte continued to appear in specials with stars like Julie Andrews and Nana Mouskouri. He even guest-hosted the Tonight Show for Johnny Carson in February 1968. In these episodes, Martin Luther King Jr. and Sen. Robert F. Kennedy were a few of his guests.

Harry Belafonte’s film career started in 1953 with Bright Road, starring Dorothy Dandridge. The pair later starred in a hit musical Carmen Jones. His film career continued when he was cast in Island in the Sun, Beat Street and Buck and the Preacher. According to Belafonte, a few films he was offered there was some typecasting and racist roles. However, he had a positive experience overall in Hollywood. He also starred alongside well-known African-American entertainers such as Sidney Poitier, Bill Cosby, and Richard Pryor.

Paul Robeson was Harry Belafonte’s humanitarian role model and a large inspiration for the entertainer to get involved. He served as a close friend for Martin Luther King Jr. and was very active in the Civil Rights Movement. He served as a financer and organizer, and also held voter registration drives. He was appointed a UNICEF goodwill ambassador and helped with the Grammy Award-winning “We Are the World” song, utilized to raise funding for Africa in 1985. Belafonte was asked to appear in a campaign commercial for John F. Kennedy and was later named a cultural advisor to the Peace Corps by Kennedy.

A 2011 film appearing at the Sundance Film Festival featured a biopic about his activism. It’s called “Sing Your Song.” On a similar note, Harry Belafonte titled his memoir “My Song” in 2011. He was also awarded an NAACP Spingarn Medal. In 2014, Belafonte was awarded the Jean Hersholt Humanitarian Award from the Academy of Motion Picture Arts and Sciences.

It is hard to encapsulate the work of such a talented passionate man. He has many political and humanitarian activism credits as well as successful records and performances. It’s nearly impossible to name them all! We can respect his dedication to improving others’ lives and fighting for what he believes to be right. He is truly someone who has lived his life to the fullest. Harry Belafonte is currently 93 years old and still busy! What an inspiration!