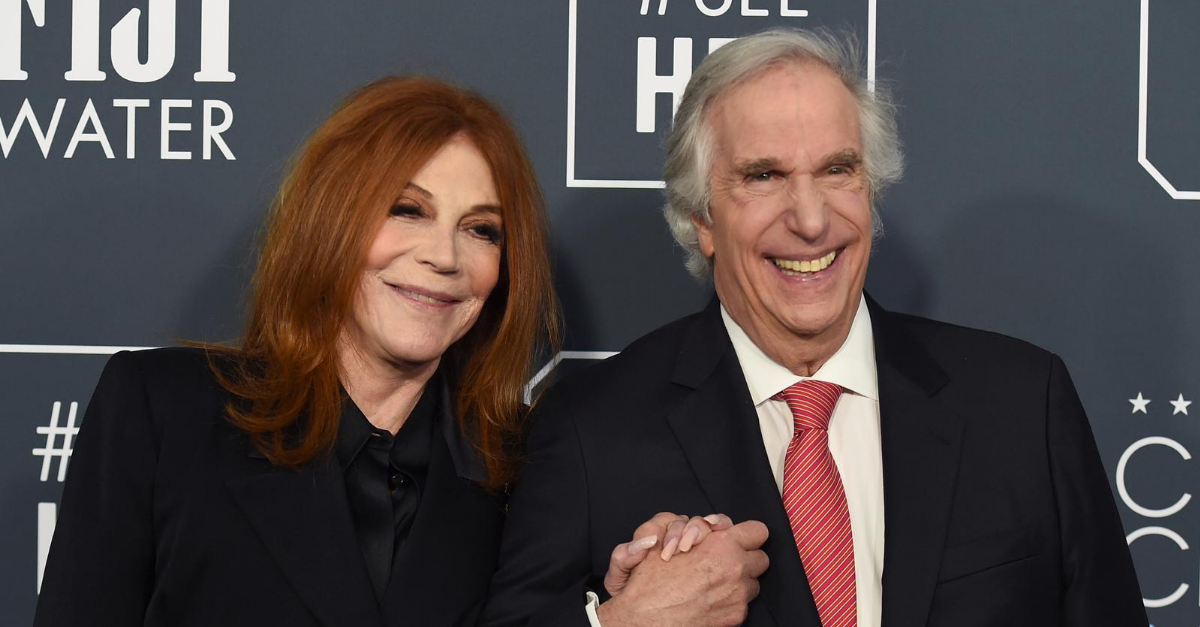 Happy Days cool guy Henry Winkler, better known as The Fonz, has sustained a 40-year marriage. It was allegedly love at first sight.

The year was 1976 when Henry Winkler first met wife Stacey Weitzman. The now 73-year-old actor was shopping in Los Angeles for a sport coat. He asked her for assistance, and he took her advice. Winkler asked her to grab a drink with him. But, probably not the drink you’d think. He asked her out for a soda. And when she said yes, they went across the street to have ginger ales together. They’ve haven’t been apart much since. Within a month of their meeting, the two were living together with Stacey’s 4-year-old-son, Jed Weitzman.

They married in May of 1978. They later welcomed Zoe Emily in 1980 and a son Max Winkler in 1983. Stacey and The Fonz remained together throughout Happy Days taping. Winkler credits his wife for always being at his side.

She also has some acting credits under her belt. She had a role in The Touch and voiced a character in As Told by Ginger.

She has been a support for his roles like Barry, the HBO show, and was along for the ride when he won an Emmy award ceremony in November of last year. But the most real testament to their relationship is enjoying each other’s company. They have grandchildren, enjoy films, and spend time with each other. Winkler says of his family status:

That work continued in 1998 when Stacy was diagnosed with Breast Cancer. He and their children weathered the storm like a family, and Stacey’s diagnosis quickly went into remission. But in 2001, the breast cancer returned, and Stacey underwent a double mastectomy. Life has challenged and changed their relationship. However, the star says:

“We’re not the same people we were when we got married?. It does take work. There are glitches in the road, and you get a little off-kilter, but if you have the ability and the stick-to-itiveness based on love, then your friendship and your relationship only get better.”