‘Home Alone’ Turns 30! Here is What the Cast Looks Like Now! 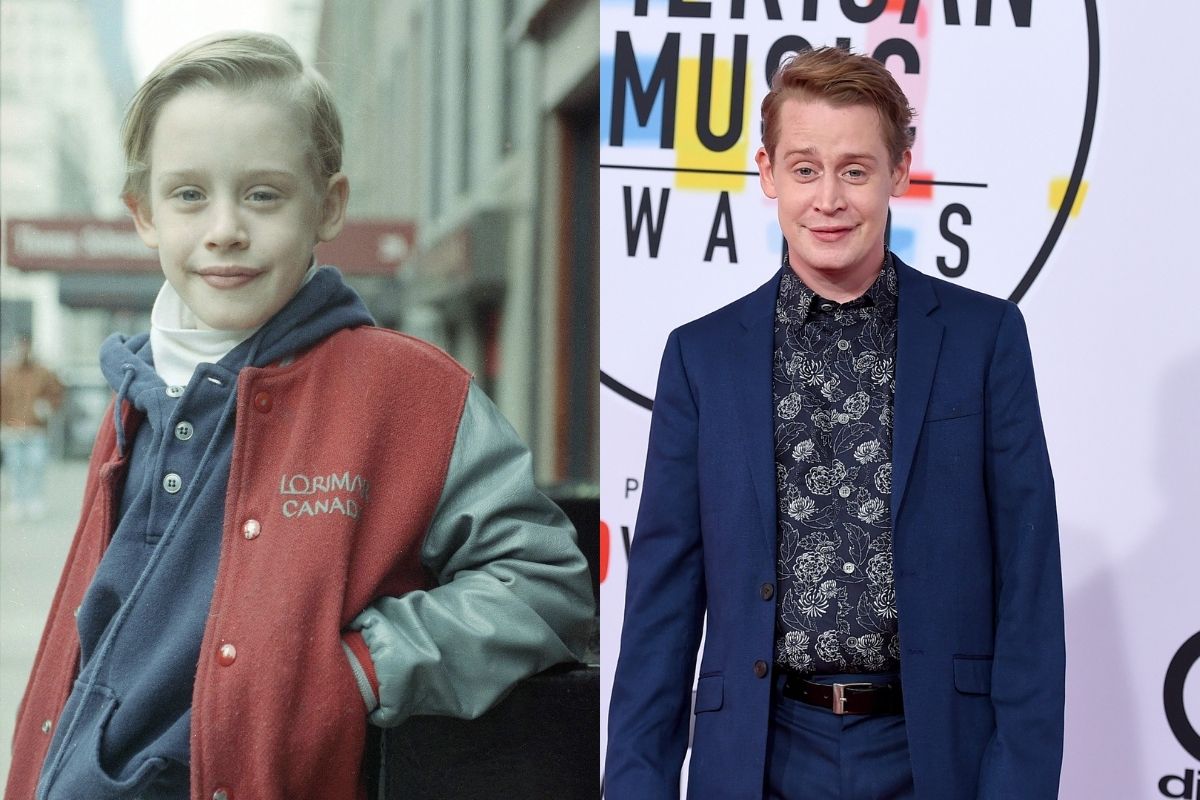 Holy moly, let’s raise a glass of Pepsi for Home Alone turning 30. Yes, can you believe it’s been 30 years since the hilarious Christmas film first made an appearance on the big screen? Written by filmmaker John Hughes, we are celebrating this year by eating a lot of junk and watching rubbish TV just like Macaulay Culkin would.

In case you’ve never seen Home Alone, which if you haven’t you must as soon as possible, the film follows eight-year-old Kevin during Christmas time, as he is forced to defend his home from two burglars Marv and Harry after his family accidentally leave him alone on their Christmas Vacation. Home Alone hit the box office on November 16, 1990. The 20th Century Fox movie received two Golden Globe Award nominations for Best Motion Picture Musical or Comedy and Best Actor in a Motion Picture Musical or Comedy for Culkin. It also received two Academy Award nominations for Best Original Score which was composed by John Williams, and best original song for Somewhere In My Memory. Have you ever wondered what the Home Alone cast is up to today? Wonder no more, I’m here to answer your question. Here is what the cast of Home Alone looks like now.

Beginning with our favorite actor, Macaulay Culkin. The child actor starred in the sequel as 8-year-old Kevin McCallister as well in 1992 Home Alone 2: Lost in New York, in which he attempts to get away from burglars. He also went on to star and films such as My Girl, The Good Son, and Richie Rich before then taking a much necessary break from the Limelight. Fast forward to a few years later, he is now a publisher and CEO of a pop-culture website and podcast called Bunny Ears. He’s also a frequent guest star on Red Letter Media, which is a film and TV-themed YouTube channel. Culkin is very quiet on social media, but has been dating Brenda Song since 2017 and has appeared in projects like Doll Face and Changeland. Earlier this year, it was announced that he was going to partake in Ryan Murphy’s American Horror Story season 10.

McCallister started her career in the 70s on Second City television as a performer. She later moved forward with her career as a writer on the show and then received an Emmy for her work. She’s appeared in a ton of iconic movies such as After Hours, Lemony Snicket’s A Series of Unfortunate Events, Beatlejuice, and in Temple Grandin. She’s also appeared in several TV shows such as Six Feet Under and Curb Your Enthusiasm. Now, the TV star appears to be even better she has been widely known worldwide for her portrayal of Mariah Rose on Schitt’s Creek. This year, the TV show made history at the Emmy Awards, the actress won an Emmy Award for Outstanding Lead Actress in a Comedy series for her role.

John Heard’s professional acting career began in the 70s after performing in several stage plays. He went on to act in movies such as Big After Hours, Heartbeat, Cutters Way, Beaches, Deceived, and The Package. Ever since then he had continued acting and appeared in movies such as Sharknado, as well as TV series like Prison Break, The Client, and The Sopranos. Unfortunately, Heard passed away from a heart attack in 2017 at the age of 71. Heard was nominated for an Emmy Award in 1999 for guest-starring on The Sopranos.

The actor was married to actress Margot Kidder in 1979 but then separated after only 6 days. In 1987 he had his son, John Matthew Heard, with actress and former girlfriend Melissa Leo. He later went on to marry Sharon Heard, and they had two children, Anika Rose, and Maxwell John. On May 24th, 2010 he married Lana Pritchard, divorcing six months later. His son Maxwell John died on December 6th, 2016 at the age of 22.

Daniel Stern is by far my favorite character in the movie. The hilarious thief has appeared in several other movies besides Home Alone including Hannah and Her Sisters, City Slickers, and Stardust Memories before playing Martin in Home Alone. Not only has he continued to act, because he directed and wrote several TV episodes. He starred in the CBS show Danny and directed several episodes of The Wonder Years. He most recently started Netflix’s Game Over, Man! In his personal time, he works as an artist specializing in bronze sculptures.

Joe Pesci first came to Fame after appearing in Goodfellas, Raging Bull, and Once Upon a Time in America. He played the hilarious Harry, who is one of the most memorable burglars in Hollywood. Pesci has appeared in several other numbers one hit movies working alongside Martin Scorsese and Robert De Niro. He recently came out of retirement for the Irishman, for which she received an Oscar for his work, a Screen Actors Guild, and a Golden Globe nomination. Believe it or not, he’s also a musician was recorded Three Studio albums, Pesci?..Still Singing, Vincent La Guardia Gambini Sings Just for You, and Little Joe Sure Can Sing!

Devin Ratray Played 13-year-old Kevin’s older brother Buzz McCallister. Ever since the film he continued to act as appeared in several TV shows and movies such as Chicago Med, Russian Doll, Hustlers, Rough Night, and Girls. He also had a recurring role on Amazon?s The Tick playing Tinfoil Kevin. In 2012, he played a fund manager trapped inside a Wall Street elevator with eight strangers, in the suspense thriller Elevator.

Ah, who could forget Uncle Frank? Gerry Bamman After appearing in The Secret of My Success, and Old Enough. That’s what he then went on to portray Uncle Frank in the Christmas movie, Home Alone. He continued to act in TV shows such as The Following, Damages, Sex in the City, The Good Wife, as well as movies like The Cookout, Double Whammy, and Runaway Jury. He went on to play defense attorney Stan Gullium in Several episodes of Law & Order and Law & Order SVU.

Of course, let?s not forget the other Culkin. Kieran played the adorable Fuller McCallister, who is Macaulay’s real-life younger brother. He also followed his brother’s footsteps by appearing in several movies such as Scott Pilgrim vs. The World, Movie 43, Igby Goes Down, and The Cider House Rules. He now starts on the HBO series Succession And was nominated for a Golden Globe in 2018 for Best Supporting Actor- Series, Miniseries or Television Film in 2019 and 2020.

Watch: ?The Ranch?: Where Is The Cast Now?