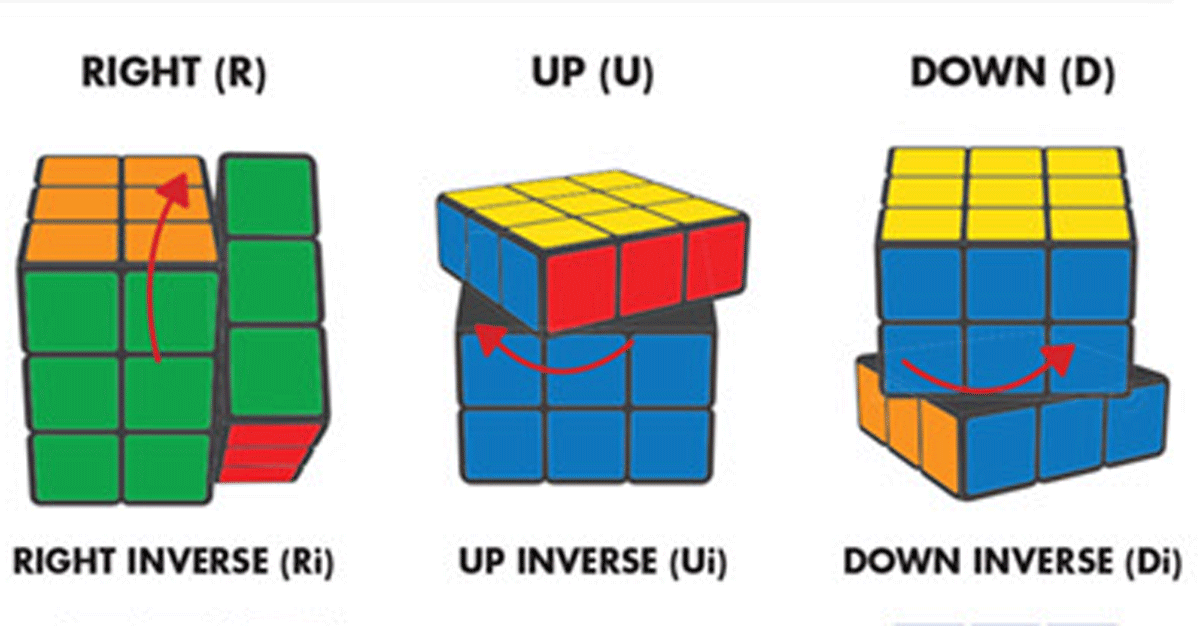 Watching someone solve a Rubik’s Cube has always amazed me, especially if they do it in less than 10 turns. It’s impressive, and I’m pretty sure they aren’t human. So when I was on YouTube surfing the interwebs, I decided to look up ‘How to solve the Rubik’s Cube’ because, like any person who has nothing to do at 7:00 p.m., I wanted to see what was so special about this magic cube. There I was on every tutorial video I could find, turning the Rubik’s Cube counterclockwise, realizing I was only making it worse, until I ran into a beautiful cheat sheet that solved all my problems. That is when I realized, like everything in life, there is an explanation behind it. How do you solve a Rubik’s Cube? Simple, memorize the way to solve them and join the Rubik’s Cube masters. It’s. All. A. Lie.

Still, even if you can follow the steps there’s a certain level of amazingness that you need to achieve to solve it. The ‘rules’ were shared by Reddit user Citizen Yellow, laying out the tricks to solve the Rubik’s Cube step by step. The guide is broken into five separate parts with a few illustrations of the moves to accompany each section. Make sure you read the key of moves, layers, and essential information at the top to make sure you are fully prepared and know exactly what you’re doing. Play by the rules, kiddos! Once you complete all steps, you should see the cube with a perfect solid yellow, blue, red, orange, and white squares on each side.

The red edge will always be opposed to the orange edge. Same for the yellow edge and the white edge, and the blue edge to the green edge. What does this mean? Well, when you begin to mix your cube, you have to make sure the opposite colors stay opposite to whatever turns have been made to even out the color layers. It’s all about following the plan.

So, to break it down, according to the steps I tried to learn, you want to start with the white cross or white face. Then, move on to white corners to make a cross, turn on the second layer, follow to the yellow cross, fix the yellow edge pieces in the middle layer, permute corners, and then orient corners, and boom. Complete. You basically layer edges, connect the corner pieces, make sure everything is in the correct position and you’re done. Does that make sense? No? Okay, okay, let’s just stick to the chart.

Of course, this is only one way of the many algorithms that tell you the secret to solving a Rubik’s Cube. Although some enjoy the basic fun of it, others try to complete it as quickly as they can to beat the record. Currently, the best time is 4.69 seconds, solved by 15-year-old Patrick Ponce, which has turned into a world record! I can’t even open a pickle jar in 10 seconds, so I’d say that’s pretty impressive. Ponce holds the record after winning at a tournament in Middletown, Virginia beating previous record holder, Feliks Zemdegs, who solved the cube in 4.73 seconds.

Now go, become the next Rubik’s cube solver and get that world record, I believe in you!