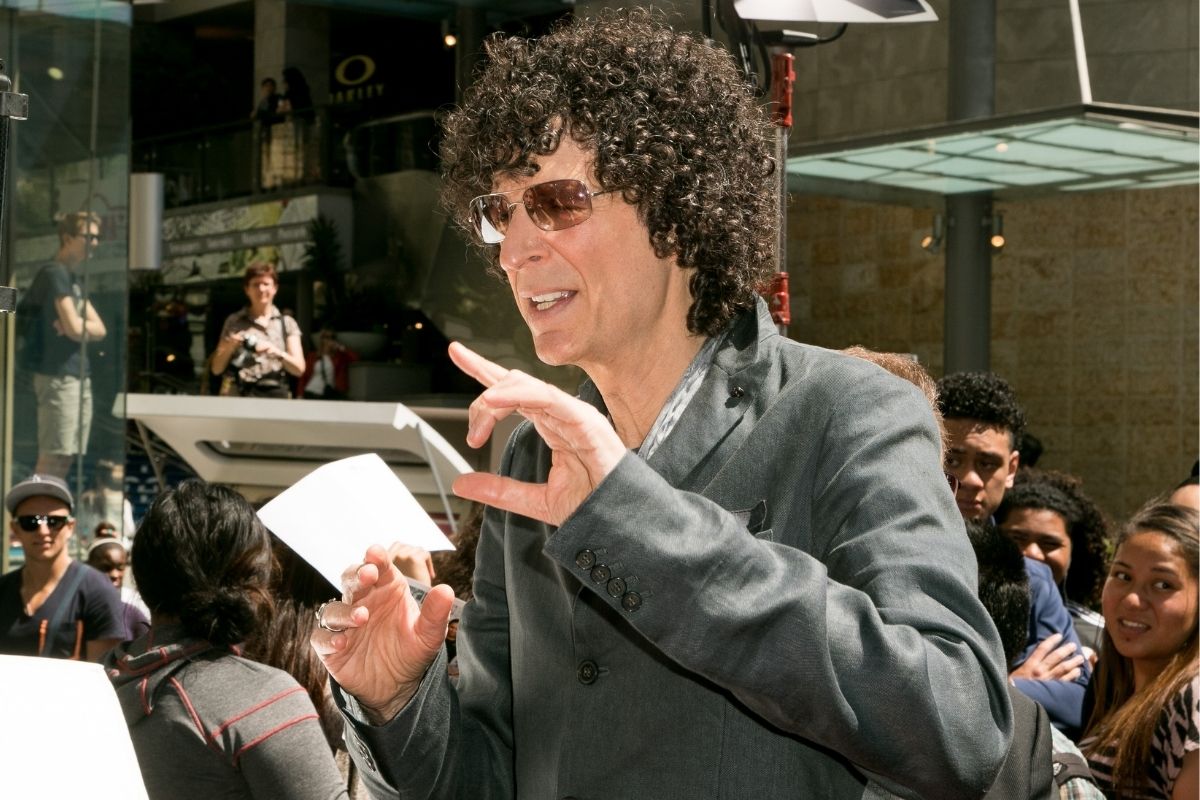 Younger audiences might only know the softer side of Howard Stern, as a prominent critic of Donald Trump or an America’s Got Talent host. But for two decades, The Howard Stern Show was once the most controversial–and popular–shows on the airwaves, and its titular host built an empire as the quintessential shock jock. Here?s a short history of Stern?s journey from rock DJ to ?King of All Media? to today.

Howard Stern?s radio debut came in the late ?70s at WRNW, a New York state rock station, and his first talk show gig at Connecticut?s WNCC. From there, he built a local reputation as a popular rock radio DJ but never settled at one station for too long. Throughout this period, he met some of the future crew of his famous radio show, including Fred Norris and Robin Quivers. He began to establish widespread notoriety as a radio host that pushed the limits of social sensibilities — and FCC regulations.

But his first national break would be at New York City?s WNBC (despite his notorious conflicts with management there, ending in his firing). Before he left the station for WXRK, he picked Gary Dell?abate and manager Jackie Martling — who would later be replaced by Artie Lang–for his crew.

The hey-day of Stern?s terrestrial radio rule came in 1986 when his show entered national syndication. He left radio playlists behind to become a full-time talk host, bringing his core crew,  now including limo driver Ronnie Mund, along for the ride. At his peak, 20 million listeners tuned into Stern’s brand of no-holds-barred entertainment. This included profane songs and skits, phone calls to the ?Wack Pack??an assortment of kooky or shocking call-in fans cataloged on howardstern.com — and an endless parade of naked women through the studio.

In 2006, after decades of battling with the FCC and critics, Stern decided to make the jump to SiriusXM satellite radio, signing a $500 million contract. At the time, satellite radio was a relatively new technology, and Stern?s move brought millions of new subscribers to the service. Joined by new crew members like George Takei and Jon Hein, the show became more provocative than ever once free from FCC constraints.

But during the 2010s, Stern would start to exchange his frat-boy persona for that of a serious interviewer, gaining more mainstream respectability as his show became less offensive. The ex-shock-jock still proves he can shock audiences from time to time, however. In 2015, Madonna had a tell-all interview on his show where she revealed previously unknown information about her former relationship with Tupac and a sexual assault. And in a 2019 appearance on Jimmy Kimmel Live!, Stern surprised his wife Beth on live TV with a remarriage proposal.

In 2020, he signed a five-year deal extending his contract on SiriusXM and allowed several months of free listening during the beginning of the COVID-19 pandemic. Despite the rise of podcasts and his softened image, there?s no end in sight for Howard Stern after four decades on the air.