Jack Black’s Creative Children are Carrying on His Acting Legacy 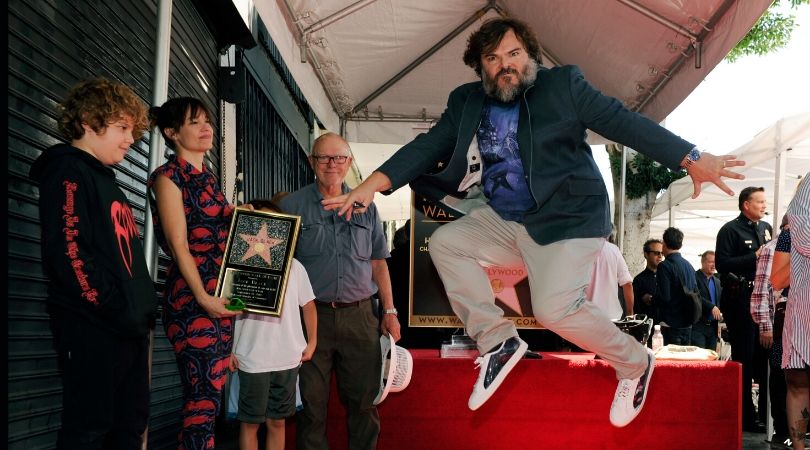 Thomas Jacob Black, known simply as Jack Black is maybe one of the most famous comedic actors and Hollywood celebrities who showcase many skillsets. In addition to acting, he is a comedian, singer, and musician. He’s easily recognizable from blockbuster comedy films such as School of Rock, King Kong, Shallow Hal, Kung Fu Panda, Goosebumps, Tropic Thunder, Jumanji, and its sequel, Jumanji: The Next Level.

Black plays in a band called Tenacious D, a comedic rock duo consisting of himself and Kyle Gass. The two have released two albums and have won a Grammy Award. He also makes videos on a Youtube Channel, Jablinski Games.

Happy Anniversary my love…14 years! You are my love ❤️💙💜

Jack Black has many endeavors, one of those includes being a family man. Black’s wife is Tanya Haden. While her name may not immediately ring a bell, don’t be fooled. She is an impressive woman, she’s a singer, cellist, artist, and mother. Haden is the daughter of jazz double bassist, Charlie Haden. She’s performed heavily in Los Angeles, and with many bands including as an additional member for the Silversun Pickups. Other bands include Let’s Go Sailing and Sea Wolf. She also holds an MFA degree in experimental animation and continues to work on visual art. Her art has been exhibited at the Rosamund Felsen Gallery.

Haden met Black when they were both students attending Crossroads School in Santa Monica. They were out of touch until they re-met years later at a friend’s birthday party. They got married in Big Sur, California in 2006. Their first son, Samuel Jason Black was born that year in Los Angeles. They had their second son, Thomas David Black two years later.

The boys have started showing interest in creative endeavors. Samuel has even started acting. He’s credited on IMDB as a voice actor in Kung Fu Panda 3. Black is apparently immensely close to their children that he has even been considering early retirement. Thus, Jumanji may have been one of his last films. He recently celebrated his fiftieth birthday and wants to get to spend extra time with his family and kids for the next 50. We love a good family man!