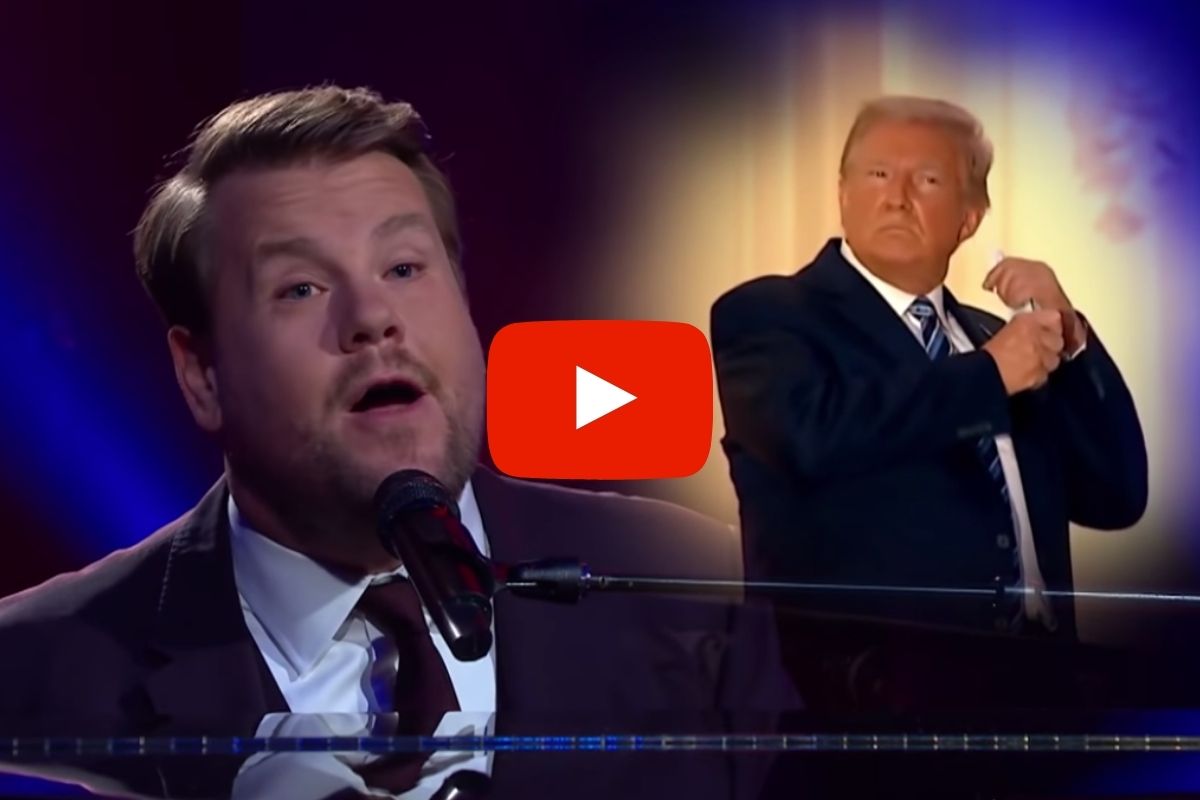 James Corden took a quite heavy aim at President Donald Trump last night and parodied Paul McCartney’s for a new and hilarious song “Maybe I’m Immune” on The Late Late Show. Putting a Coronavirus spin on McCartney’s “Maybe I’m Amazed,” from his 1970s self-titled solo debut, the late-night show host sat at the piano and then broke into song about the President and the dismissal of his coronavirus diagnosis and how he has handled the pandemic.

The video began with a voiceover and a video of a maskless Trump during a press conference, saying he just left the hospital, saying, “it?s really something very special — the doctors, the nurses, the first-responders. And I learned so much about coronavirus…And I know there?s a risk, there?s a danger, but that?s ok. And now I?m better and maybe I?m immune, I don?t know.?

As the President’s doctors appeared on the screen, the talk show host sings, ?Maybe I?m a man/Maybe I don?t wear a mask ?cause I don?t care about others/Science I don?t really understand. Maybe I?m just high from this experimental cocktail/Baby I just need some oxygen.? In the following verse, Corden alluded to Trump’s continual “slip” in the polls, singing, ?Maybe I?m afraid of the way the polls are looking now/Maybe I?m afraid that it?s not fake news. Maybe on November 3rd I just might lose this.? While Corden sang, several clips of Trump emerged, showing his chauffeur driver waving to fans outside Walter Reed Hospital, which heavily drew criticism online for potentially exposing his Secret Service drivers to the coronavirus.

“Maybe on November 3rd I just might lose this.?

Wow. This is really good. pic.twitter.com/soVHgqXXMo

All jokes aside, why is this parody song actually good? Forget the lyrics, forget the images and videos, this song is actually one that I would play on the radio over and over again. I?m actually impressed with his singing. I can’t wait to see all of the social media memes. You’re up Stephen Colbert, give us another Paul McCartney parody!