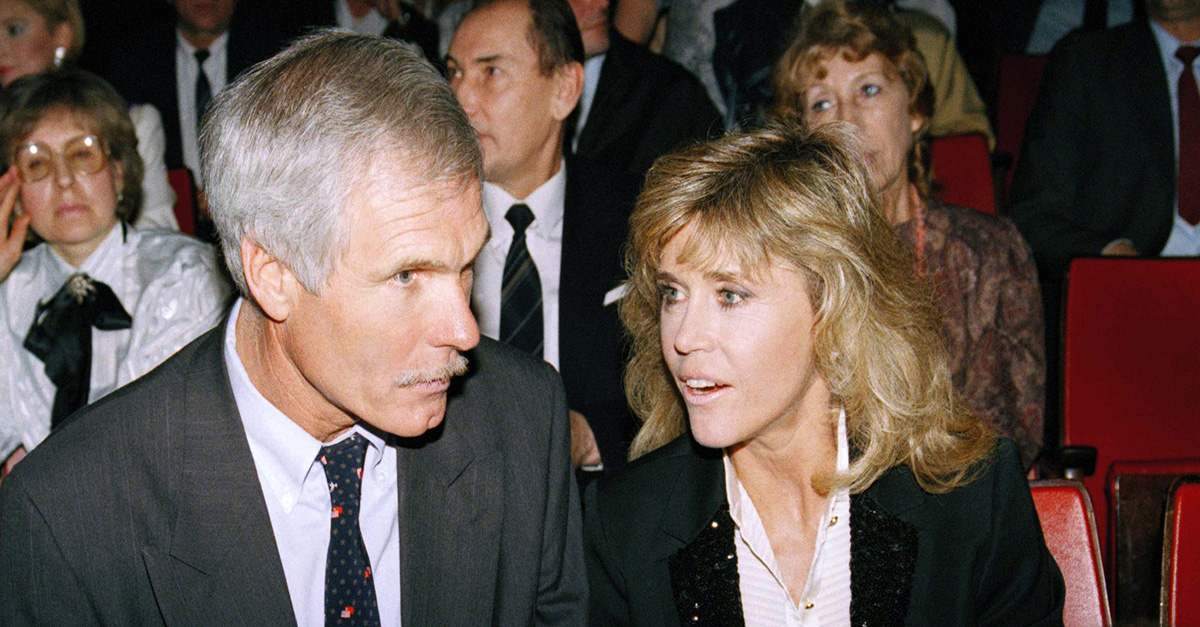 Jane Fonda is an actress, activist, and former model. Getting her start at the start of the 60s, Fonda appeared in both television and film roles ranging from Barbarella, Tall Story, Klute, and Coming Home. She has won countless awards ranging from her work on television to movies. Golden Globe Awards, BAFTA Awards, Academy Awards, and Primetime Emmy Awards are all attached to her name and that’s not all of them. If you’ve been binging Netflix you may recognize her from Grace & Frankie.

Husband number one was Roger Vadim, a Hollywood film director. When she married at 28 years old, Roger was 38 and was infamously dating and marrying young talent — actresses in particular. They wed in 1965 in Las Vegas, three years later he directed Barbarella and made her the star. Her first daughter was born that year.

Husband two was something different, he was a politician, activist, and writer. Fonda married Tom Hayden just shy of a handful of days after her divorce from Roger Vadim. Hayden and Fonda married in Los Angeles at the actresses’ home and welcomed a son together six short months later. The marriage lasted for 17 years.

Husband three was Ted Turner. A little longer on the re-up this time, Turner and Fonda wed a year after her divorce. She married the media mogul (owner of Turner Classics, CNN, TNT, TBS, and at the time the Atlanta Braves baseball team) on her 54th birthday. While they didn’t have any kids and divorced after just a decade of marriage, he was apparently her favorite husband.

From Fonda’s first marriage to Roger Vadim she had kids Vanessa and Troy. Her oldest daughter was born in 1968 and has chosen a Hollywood career on the opposite of the camera than her mother. She directed The Quilts of Gee’s Bend and worked on her mother’s documentary entitled Five Acts. Outside of directing she is also a columnist for the Mother Nature Network.

A lil zingys to warm the belly.

Jane Fonda’s only son is Troy Garity and he has followed in his mother’s footsteps in becoming an actor. And a highly awarded one, at that. Garity has been nominated for Golden Globes for Best Actor for his work in Soldier’s Girl. Most recently, Garity was in HBO’s Ballers.

When Jane Fonda and Tom Hayden were traveling and speaking out about the imperativeness of Civil Rights, they encountered Mary Luana “Lulu” Williams. She was a 15-year-old daughter of Black Panther Party members, Randy and Mary Williams. Along with her siblings, Mary Wiliams attended Fonda’s Laurel Springs Children’s Camp for many years and formed a bond with her. Mary was adopted by the couple and their children in 1982. In the same vein of her birth and adoptive parents, Mary works as an activist and has written a memoir about her life and struggles entitled ‘The Lost Daughter: A Memoir’.