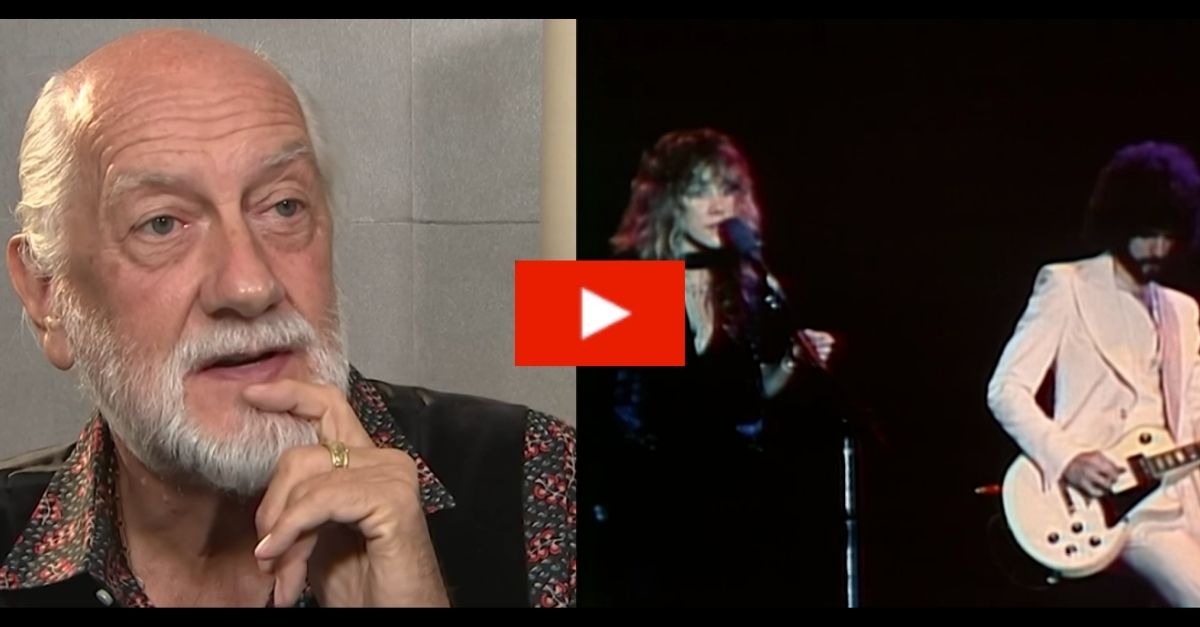 One could assume how incredible it could be to be married to a rockstar, much less to one that’s in a globally iconic band such as the Beatles or Fleetwood Mac. Jenny Boyd, a former model who was married to Mick Fleetwood, not just once, but twice, had recently released a memoir earlier this year about what life was like being surrounded by all the Hollywood fame and rock ‘n’ roll.

Not only was she was previously married to Ian Wallace, the drummer from King Crimson, but she was also the younger sister of Pattie Boyd, who was an ex-wife of both George Harrison and Eric Clapton. And although she got to witness the making of “Rumors,” the legendary 1977 Fleetwood Mac album, she explained the realities and sacrifices that comes with being so involved with rockstars.

As Jenny had to deal with the fact that her husband, Mick Fleetwood, was having multiple affairs on tour, including the one with Stevie Nicks, she talked about how she found comfort in the guitarist Bob Weston. And after all of craziness from a life in fame, she now runs an addiction treatment center in England, along with writing her own story in her new book Jennifer Juniper: A Journey Beyond the Muse. And she also spoke with Fox News about what it was like to not only be married to Mick Fleetwood and witness the great things that Fleetwood Mac was producing but also as a model who inspired the song “Jennifer Juniper” by Donovan and which Beatle surprised her the most.

She explains how she met Mick Fleetwood before they both rose to fame, having a young love with him when she was 15-years-old and he was 16-years-old. She also admits how hard it was to be married to him, raising their two children alone since he was always on tour. But although things were tough there, she mentioned how Donovan walked into the boutique that she was working at and about his little crush that sparked him to write “Jennifer Juniper.”

She also talked about what it was like to travel to India with the bandmates of the Beatles, after deciding that modeling wasn’t for her and that she was in search of a deeper connection she felt somewhere else. Knowing them through her sister Pattie, rock and roll took a new meaning for Jenny as she mentioned how the Beatles were also on the same journey for something more meaningful.

She mentions how John Lennon was the Beatle who surprised her the most, saying, “I think John surprised me the most. He wasn?t intimidating, but when they were together, they shared this unmistakable bond. You almost felt like an outsider. So I would just stay quiet and listen. But when you got to really know him, you immediately discovered his quick wit. I also found him to be so, so gentle and sensitive. I got to see that side of him. And that certainly surprised me.”

What’s interesting about Jenny’s experience is that regardless of everything she’s gone through in experiencing the spotlight, her attitude and perspective towards her life is one full of peaceful and playful nostalgia, as well as gratitude for her experiences. She mentions how Stevie Nicks apologized to her after all these years, saying, “She did apologize years later. I remember she looked at me and said, ‘I?m really sorry. I don?t know why I haven?t said it before. But it was one of those things that happened.’ I said, ‘I forgave you years ago, but I appreciate you saying this.’ There were no bad vibes or anything. And crazy things happen all the time, like Mick and I getting divorced and then seeing each other. It got to the point where we would say, ‘Oh that?s right, we?re divorced.’ [she laughs]. And then we remarried. The whole thing was just surreal.”

And in an even more humbling manner, she talked about what it was like to marry Mick Fleetwood for a second time, and what their relationship now is like. She said, “Yes, it was devastating. But after all these years, it?s all water under the bridge. Mick and I are great friends. We are parents and grandparents. We have a love. And I think we all kind of have a love for each other because we?ve all experienced such extraordinary times together.”

And in such a classy manner towards the end of her interview, she talked about how grateful she is for her, “…lovely family. I?m surrounded by love, friendships and creativity. Life feels very good? I?ve come out on the other side and I?m thankful for the life I was given,” and how the one piece of advice she would give herself when she was younger would be, “The same advice George gave [her] years ago — just be yourself. I realized many years later that?s what we have to do. Just be ourselves. We don?t need to be comparing,” thankful for having her two daughters Lucy and Amelia.

I’m in awe of Jenny, not only seeing what she had to handle but also hearing what she had to say about how she’s lived her life. And now her book is worth a read, as she ended the interview explaining how she feels, “as though I am getting into the second part of my life. So I started writing. There were painful bits, but I kept writing, revisiting those memories. It just felt right,” as a way to make sense of everything that had happened her. What an incredible way to really live life to its fullest, am I right?