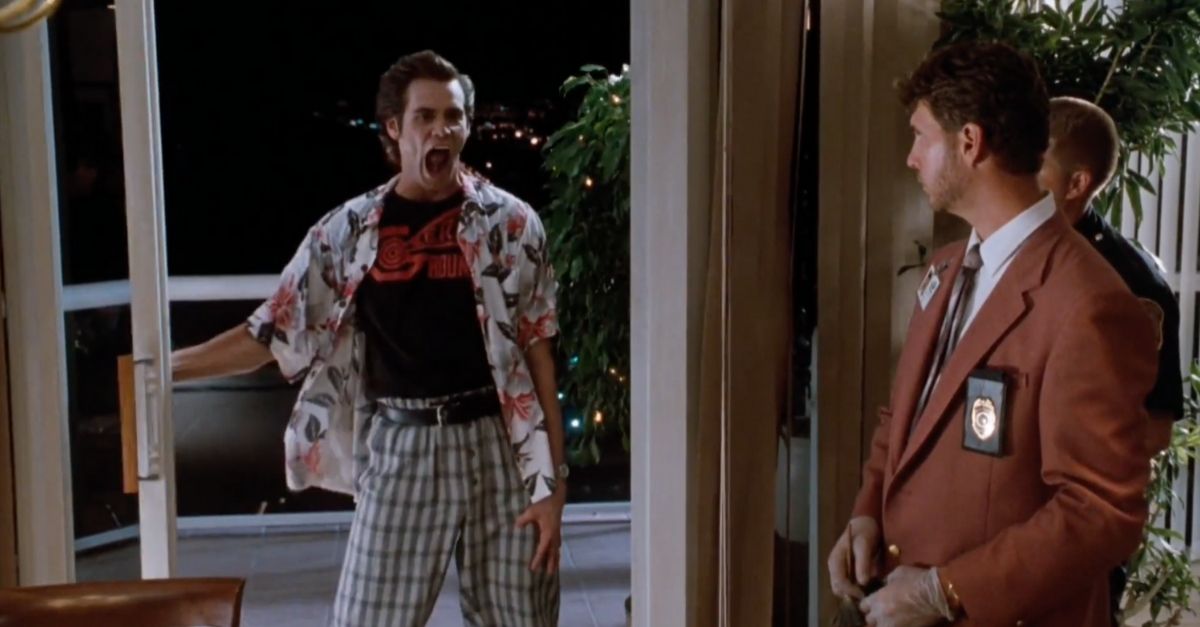 After watching him over the years play many roles as goofy, as eccentrically unorthodox, and as crazy as Ace Ventura from Ace Ventura: Pet Detective, I can’t help but wonder how Jim Carrey’s mind is doing. Known for his blatantly outrageous type of explosive humor, The Mask star has taken on a bit of a kooky, mentally strange persona riding the borders of completely mad. And this isn’t my opinion about him. This is what he says about himself.

I love Jim Carrey. He was personally my favorite Hollywood comedian growing up, having that slapstick energy in Dumb and Dumber that I cackled at, doubling over with my hands over my stomach. His more serious roles in The Truman Show and Charlie Kaufman’s Eternal Sunshine of the Spotless Mind moved me so much with how artfully and beautifully done both movies are. However, with both of those movies conceptually illustrating losing one’s mind, it might’ve foreshadowed what was to come for their leading star.

On July 7, Jim Carrey’s new semi-autobiographical novel, Memoirs and Misinformation, published by Knopf and written by Mergers and Acquisitions author Dana Vachon, will be available for purchase, and it’ll definitely be an interesting read. The new book tells a satirical, fictional story that explores the comedian’s search for the meaning of life-based on his life’s details. You can pre-order it now on Amazon.

He talked to the New York Times about the book, saying, “It’s the end of the world, and we have the perfect book for it. Not the end of civilization. Just the end of a world, the selfish world. We’re getting over the Ayn Rand, ‘you can be a jerk and we can all live in a paradise of jerks’ thing. That’s what we’re going through.”

Since the book is based on real details in Carrey’s life, it includes characters pulled from today’s reality into fictional storylines. One of the book’s characters is a dinosaur skull collector Nicolas Cage plays, who also plays the main character’s best friend. Carrey explained that he has talked about how he’s already discussed with Nicolas Cage and the other celebrities mentioned in the book about his intentions and that Cage has actually kept encouraging him.

Join me and @DanaVachon on July 9th for a conversation about our novel ‘Memoirs and Misinformation’ with @JudyBlume and @Mitchellakaplan. Open your minds. Invite some friends. Together…WE SHALL FEAST! Tix here: https://t.co/kE0CA98SET pic.twitter.com/Gi4wWtA6ry

It shouldn’t be too shocking to see this “whole new side” of Jim Carrey. The fearless semi-autobiographical novel not only illustrates a fictional story about the beloved movie star drowning in Hollywood but also clarifies the reality of how Jim Carrey saw his own life. To meet Jim Carrey through this book means not looking at a new picture, but a clearer picture of his mind.

I still love him for all the classic roles he played and continues to play, and I’m incredibly excited to see how interesting this book can be. I just hope it doesn’t go off the deep end, pass what’s even comedic anymore.