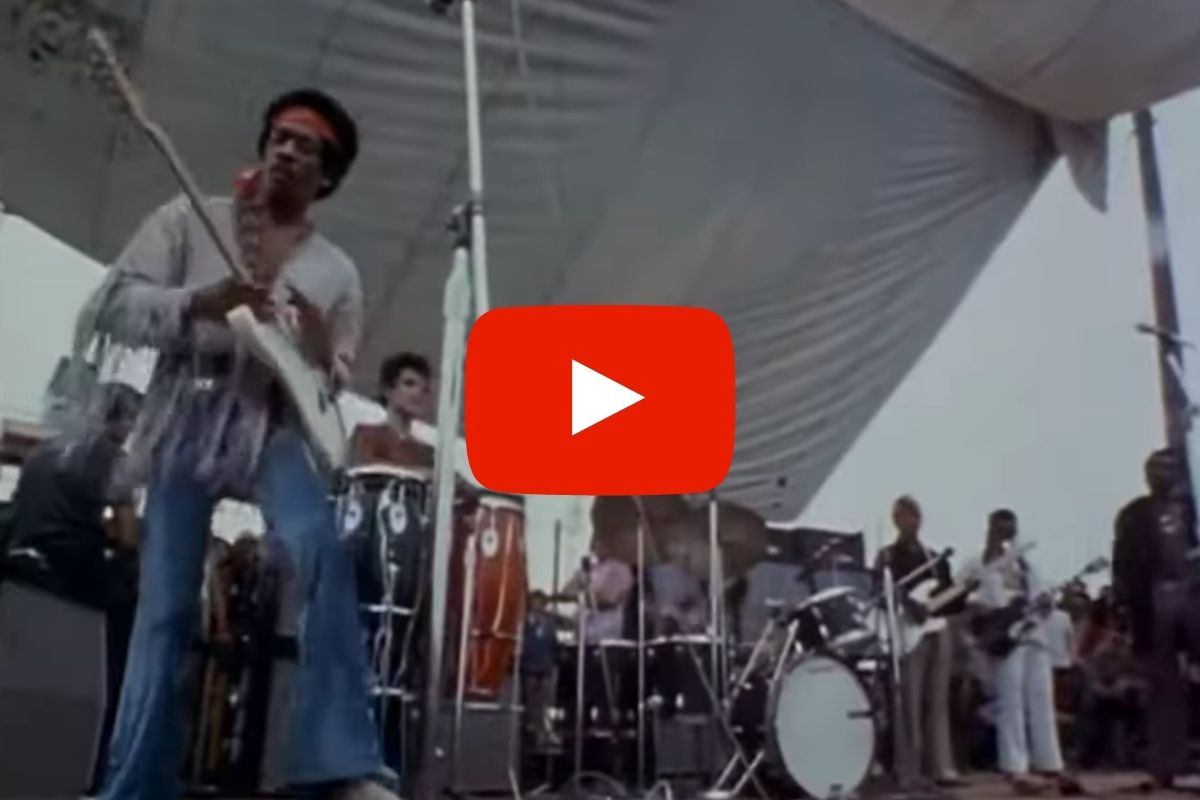 The reputation of the Woodstock music festival in 1969 surpasses that of any festival to date. By some accounts, it wasn’t as great as some made it out to be. But a crowd ranging from 40,000 to 400,000 says that apparently something was being done right. But even the somewhat naysayers can agree that Jimi Hendrix’s performance of the National Anthem was the standout of all the Woodstock performances, passing in memory the performances of other acts like Joplin, Sly and the Family Stone, and others. He did something quite amazing, not only taking the Star-Spangled Banner, originally credited to Francis Scott Key, and making it his own but turning it into an iconic protest song.

Jimi Hendrix’s stage band that day was Gypsy Sun & rainbows consisting of drummer Mitch Mitchell, percussionist Juma Sultan, guitarist Larry Lee, Jerry Velez, and bassist Billy Cox. It was his first time performing since the Jimi Hendrix Experience had broken up just two months earlier. It was a weekend festival, and Hendrix was supposed to play at 11 pm on Saturday. He and his band arrived on time. But the festival was already running behind. Promoters and performances were running so far behind schedule that he went on hours late. Thanks to his manager’s suggestion,  Hendrix closed the festival. And what a close it was that Monday morning. The set included “Fire,” previously unreleased “Izabella,”  his “Woodstock improvisation,” “Purple Haze,” “Voodoo Child (Slight Return)”, “Hear My Train A-Comin,” the encore of “Hey Joe,” and of course the “Star-Spangled Banner” with his own legendary guitarist spin. These included a version of ‘taps’ and a-bombed effect around the rocket’s red glare.’ And lots of distortion.

Many speculate as to the inspiration behind performing the song. In fact, on The Dick Cavett show just weeks later Hendrix answered this question with, “I’m American, so I played it. I used to have to sing it in school, they made me sing it at school”. He was also in the service. He was part of the United States Army 101st Airborne Division. Bassist Billy Cox was also an ex-serviceman. Flashing the peace sign, the songwriter was a counterculture figure, surely. His politics, some though were to be of the hippie kind. Because he was soft-spoken and more of a lover than a fighter. That being said, he did have ties to the Black Panthers, as the Civil Rights Movement was still underway. Hendrix, when he played the National Anthem showed love for his country, fellow service members, and everyone in it. He gave an urgent message in the wake of the civil rights movement, the Vietnam war, and in the face of large injustices being committed for wrong under the guise of ‘good’. Hendrix used his electric guitar to express the chaos in the nation, the disjointed way many people still feel today. And the hopefulness that one day, all could experience what he true freedom this country claims it has.

Watch: Never Forget the 27 Club and Its Heartbreaking Member