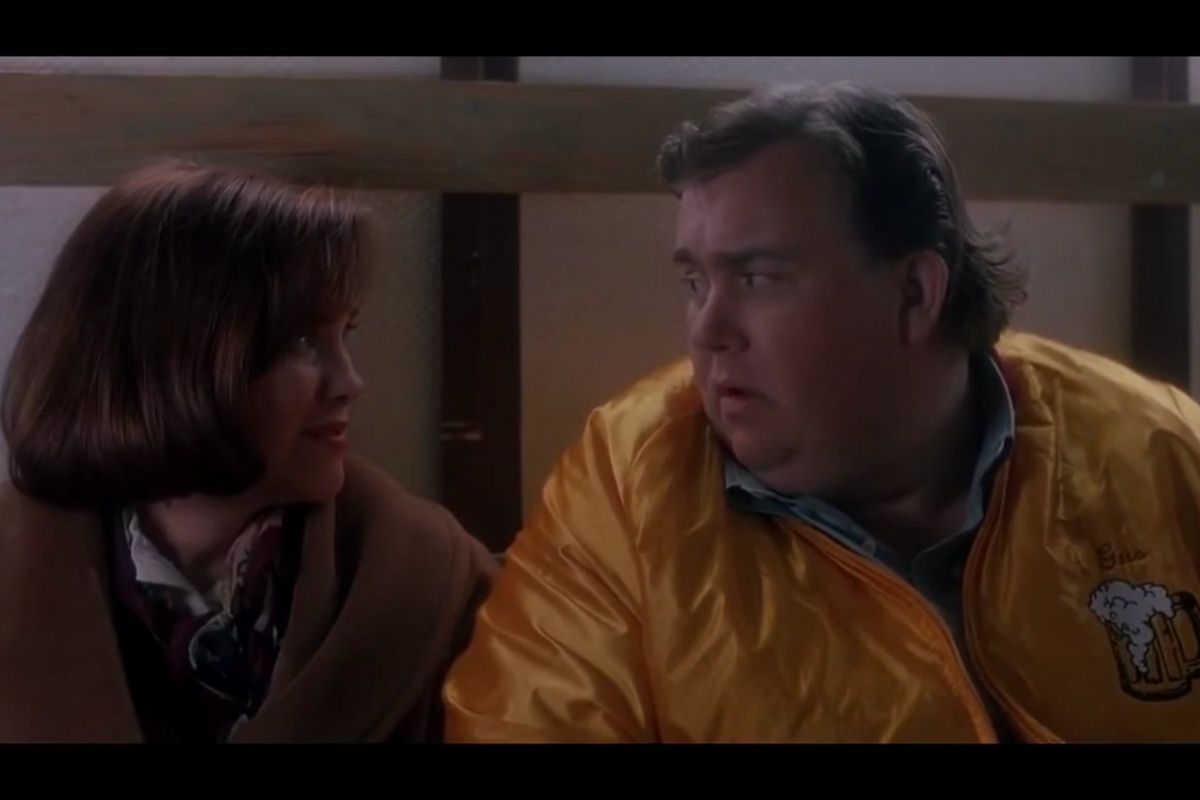 John Candy was at the height of his fame in 1990 when he agreed to make a cameo in Chris Columbus’ Christmas movie, Home Alone. The film was produced by John Hughes, who had worked with Candy extensively on Uncle Buck, Planes, Trains, and Automobiles, and more. So it might shock you to learn that John Candy was paid only $414 for his bombastic appearance as Gus Polinski, Polka King of the Midwest. And Candy was not okay with it.

One of John Candy’s first film appearances came in 1983 in Harold Ramis’s National Lampoon’s Vacation. Filmmaker John Hughes had written the script. This marked the first official collaboration between Hughes and Candy. The careers of both men would explode over the course of the 1980’s, with Candy eventually starring in two of Hughes’ beloved comedies: Planes, Trains, and Automobiles in 1987 and Uncle Buck in 1989. Just one year after the success of Uncle Buck, a film which showcased Candy’s dynamic range, Candy agreed to appear in Home Alone, the next Hughes venture.

Home Alone marked a reunion for John Candy and the young Macaulay Culkin, who played Candy’s adorable nephew in Uncle Buck. Now starring as Kevin McCallister, Culkin was the lead surrounded by an impressive adult supportive cast: Catherine O’Hara, Joe Pesci, and, in a bit role, the comedic powerhouse John Candy. As Gus Polinski, the Polka band leader who guides Kate McCallister from the Scranton Airport back to Chicago, Candy flexed his natural improv skills through entirely ad-libbed dialogue. Director Chris Columbus was thrilled by the hilarious lines, recalling during an Insider interview:

“He was on the movie for only one day, but it resulted in so much great improvisation. None of that stuff was in the script. The funeral-parlor story, that was all improvised at 4:30 in the morning. We could barely keep a straight face on set just listening to John.”

Despite the glowing reception, John Candy was only paid $414 for the Home Alone cameo. Candy reportedly resented the crummy compensation, though Columbus said the deal had been decided between the actor and his friend John Hughes. Fox never offered Candy anything more, even after the film went on to gross a whopping $476.7 million at the box office. Home Alone is still making money! Last year, a special Blu-ray 30th Anniversary edition was released last year. Currently, Disney has a reboot in the works.

The Later Life of John Candy

Despite getting gypped for his memorable Home Alone scene, John Candy worked with director Chris Columbus again in 1991 on the romantic film, Only the Lonely. The drama starred Candy as a Chicago police officer who lives with his overbearing Irish mother (Maureen O’Hara) and lusts after a local mortician, played by Ally Sheedy (another favorite of John Hughes). Although Only the Lonely earned mixed reviews, the interesting performance highlight Candy’s more serious side. Sadly, that artistic depth was not explored for long.

John Candy died in 1994 at the age of 43 from, presumably, a heart attack. No autopsy was performed on account of Candy’s various underlying conditions: obesity, a family history of heart failure, a smoking habit, etc. He left behind his widow Rosemary Hobor and two children, Christopher Michael and Jennifer Anne. Several upcoming projects meant to feature Candy were scrapped, including another John Hughes movie, Bartholomew vs. Neff, which would have pitted Candy against Sylvester Stallone in a neighborly feud.