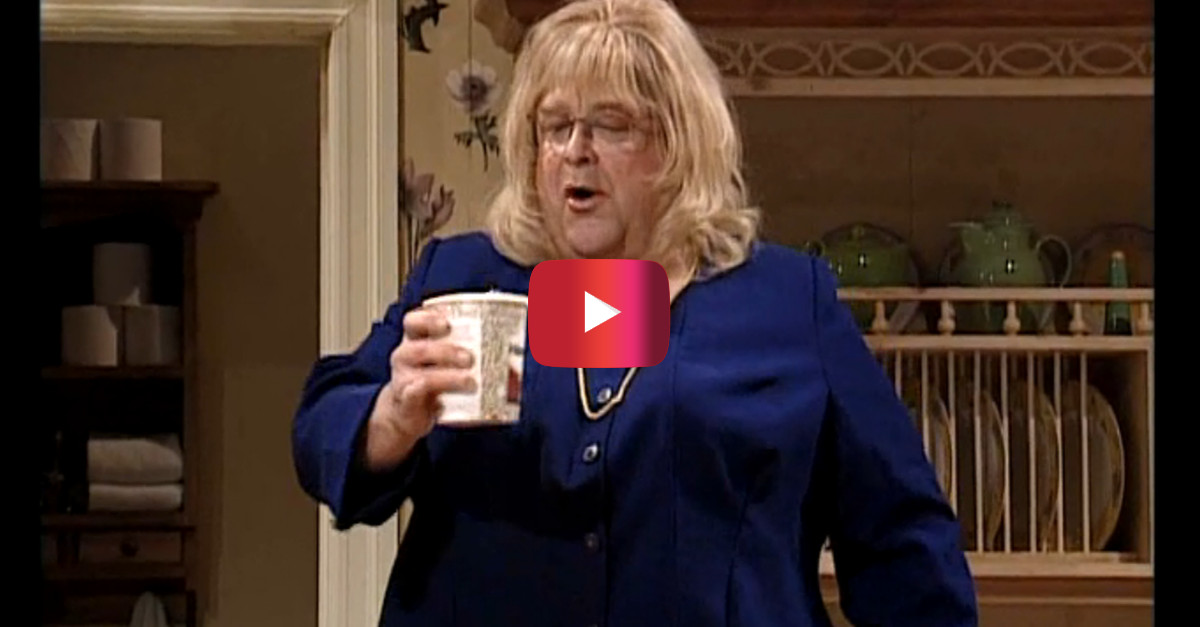 During the sex scandal that enshrouded former President Bill Clinton in the late 1990s, “Saturday Night Live” was running on all cylinders, delivering some of the funniest material of its history.

The Clinton and Monica Lewinsky scandal was practically bleeding characters who were easy to ridicule, the easiest of which was perhaps Linda Tripp.

Many will remember Tripp as the Lewinsky confidante and co-worker who secretly recorded Lewinsky detailing her physical relationship with the president.

On several episodes of “Saturday Night Live,” Tripp was famously played by actor John Goodman, a frequent guest of the program who delighted audiences by dressing up in drag and giving his best Tripp impression.

In Goodman’s portrayal, Tripp is a bumbling ninny who is hell bent on getting as many juicy details out of her friend as possible, while also eating as much food as she can.