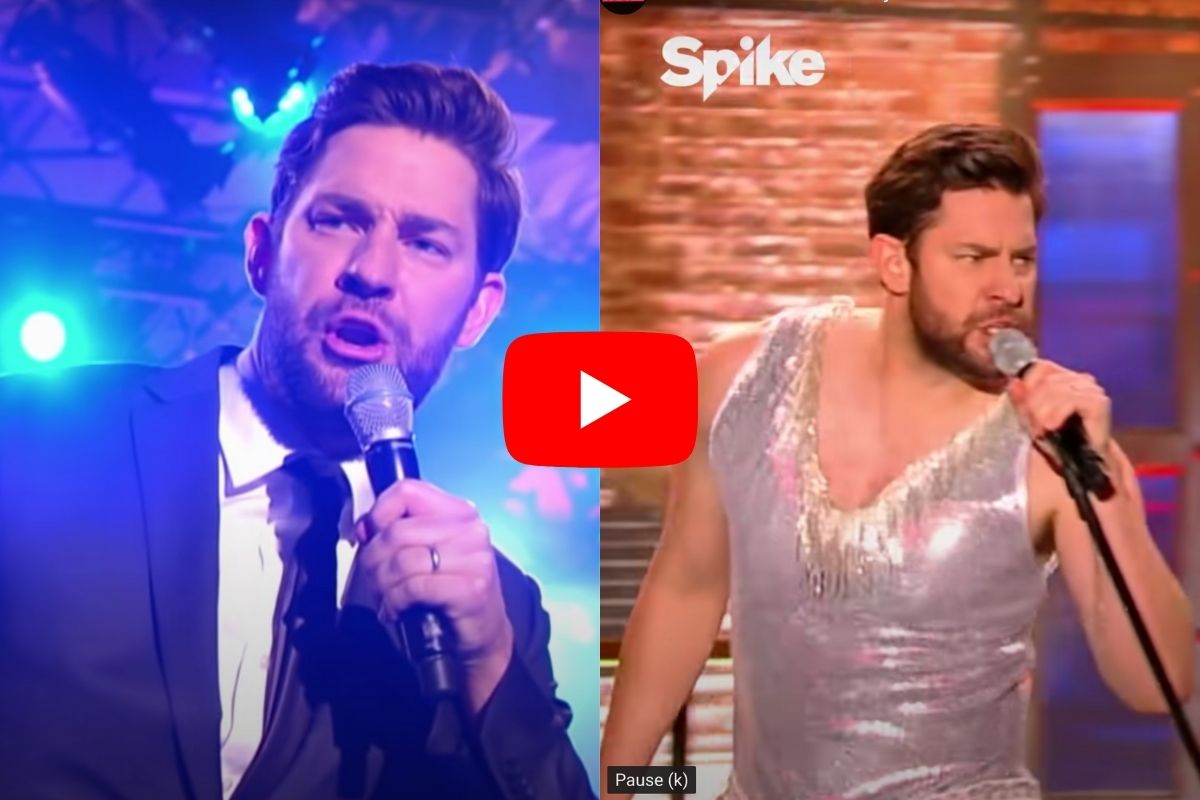 It’s Tina Turner fever time! With the release of the new Tina documentary on HBO Max, there seems like no better time to share this hilarious video from the Fat Tuesday 2015 episode of Lip Sync Battle, in which John Krasinski, a.k.a. our beloved Jim, lets loose performing to Tina Turner’s “Proud Mary.” (It’s currently blowing up on social media.) The song is an all-time favorite among drag performers, so there’s a long history of incredible Turner-synchs to compete with… but Krasinski definitely gave it his all. Watch the sparkly, spirited music video below.

John Krasinski and actor Stephen Merchant actually co-created Lip Sync Battle, the musical reality series on Spike TV (which is now available on the Paramount Network app). The TV show, which premiered in 2015, is inspired by the recurring lip-syncing segment on NBC’s The Tonight Show Starring Jimmy Fallon. Currently ‘Lip Sync Battle’ is hosted by Chrissy Teigen and LL Cool J, and there are five seasons to date.

It was already shocking to watch Jim from The Office become, over the years, a fully-fledged — and ripped — action star. But with his “Proud Mary” performance comes another total transformation. I’m sure Emily Blunt loved watching her husband up there on stage, stripping his tux, shimmying, and booty-shaking away… Even though Krasinski seems a little stiff, you can’t deny those dance moves are rehearsed! He did the best he could with the number and truly committed. That’s what’s important. Plus he absolutely nailed the slow-spoken intro.

In this episode, Krasinski was competing against actress Anna Kendrick and also pulled out the boy band classic “Bye Bye Bye” by NSYNC. You can watch that performance below.

Watching that video, you get the idea that Krasinski definitely had dreams of being in a boy band. But sadly, he lost to Anna Kendrick; the Pitch Perfect star has an obvious rhythm that came through, even in lip-synching “Steal My Girl” by One Direction. (Displaying the slide show of Krasinski’s wife, Emily Blunt, was also a nice choice.) But I still would have voted for John.

And now just for the hell of it, here are some of our favorite “Proud Mary” lip-syncs. And yes, they’re all drag performances. Except, technically, the scene from Miss Congeniality 2 when Sandra Bullock and Regina King are undercover at a gay club, pretending to be men, pretending to be women… you get the idea.

“Proud Mary” on an Empty Street

Drag at the Kennedy Center