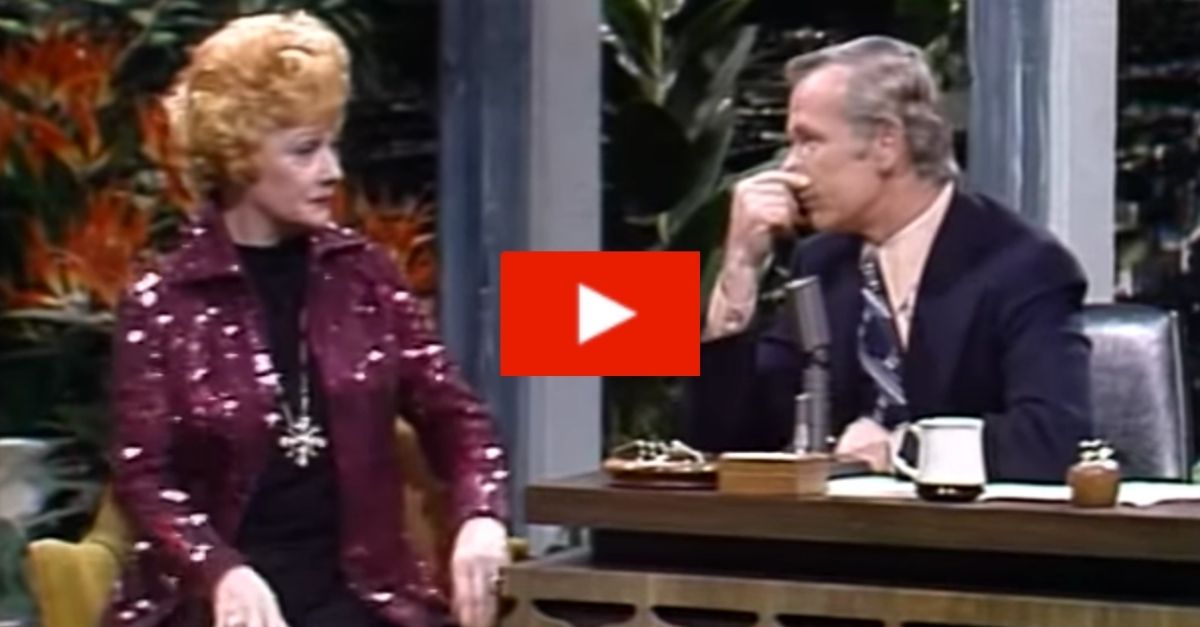 No offense to modern day television, but Hollywood late night tv shows back then had so much more nostalgic, authentic humor. Celebrities were way more quick witted, which is why generations have loved them for their entirety even before the age of social media. Take this moment for example, and I mean there’s a reason why Lucille Ball literally had a show called, I Love Lucy.

On March 22, 1974, Lucille Ball went on the Tonight Show Starring Johnny Carson to chat with the talk show host himself. Their abilities to roast each other in the slightest ways, while also comfortably poking seemingly harmless fun is a skill that not many have any more in today’s tv shows. And it’s safe to say that this episode of the Carson Tonight Show captured all of that.

They start the show off with some light banter, clearly revealing how they’ve known each other for a long time in the entertainment industry and are probably old friends. As they start getting into the topics that they were planning to cover, Johnny asks, “How old…” before Lucille cuts him off offended. Because, how dare he ask her her current age. right?

However, apparently that wasn’t the direction he was actually going and turns out, the direction of that sentence was supposed to be, “How old were you when you lost your virginity?”

Hilariously, the popular entertainer immediately decides to start the actual conversations they were going to have on the show, including talking about the tour Lucy was currently on. But the conversation keeps circulating back to the virginity question, to which Lucy starts to give quick-witted answers to.

The banter is hilarious as both the talk show host and the movie star keeping roasting each other in the most subtle but funniest comments. In more wholesome moments from the whole Lucille Ball full interview, her son, Desi Arnaz Jr., came on to The Tonight Show to surprise his mom, which was hilarious because here’s Lucy really laying into Johnny Carson.

But could you imagine the roasting and comments that went on when Lucille Ball, Carol Burnett, and Lucie Arnaz were interviewed on the Dick Cavett Show?

Watch: Do You Remember ?The Carol Burnett Show??