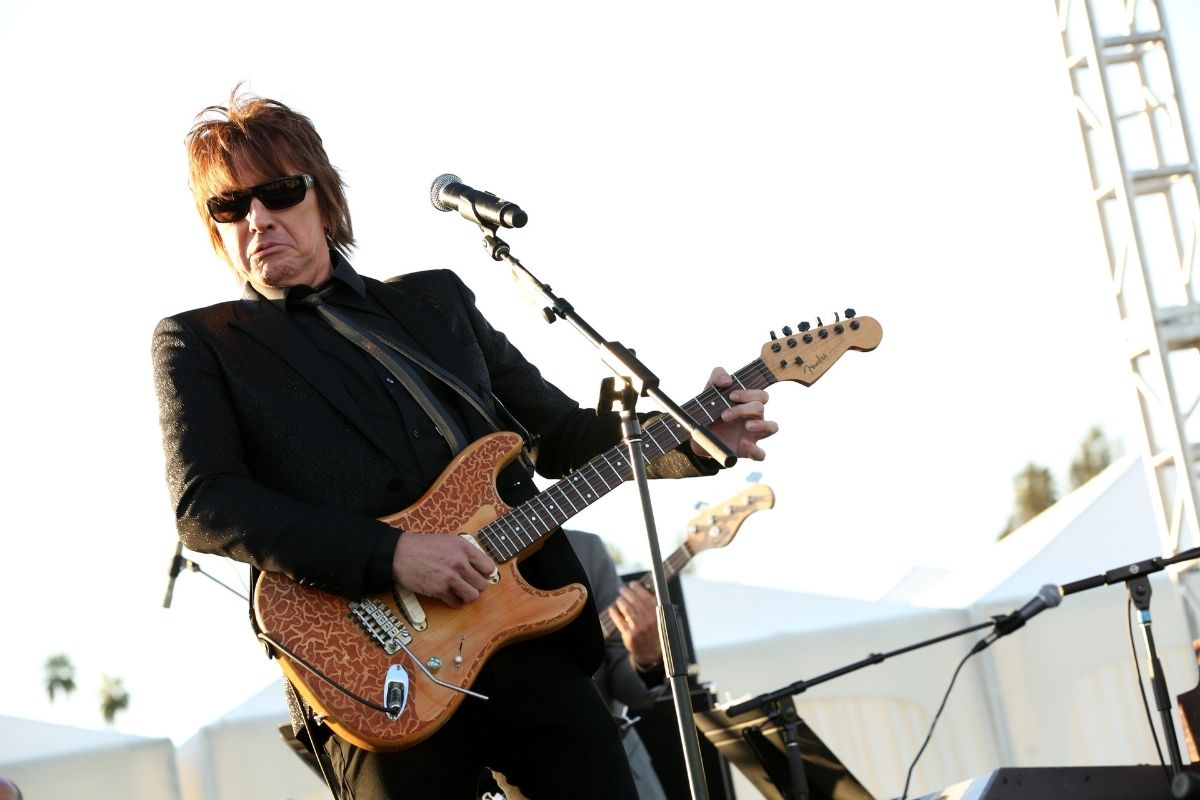 When you think of Bon Jovi, what comes to mind? Likely, frontman Jon Bon Jovi with his easy smile and unbelievable head of hair. But that got old for lead guitarist Richie Sambora. Having founded Bon Jovi alongside his friend Jon in 1983, Sambora played with the band for three full decades before calling it quits, without warning, in 2013. Having co-written most of their massive hits, Sambora tired of playing second fiddle ? er, second electric guitar ? to the whims of a charismatic lead singer. What drove Sambora to feel this way about his longtime collaborator?

“Livin’ On A Prayer” by Bon Jovi

The Journey of Bon Jovi

The rock band Bon Jovi formed in New Jersey during 1983. Young singer Jon Bon Jovi and his friend David Bryan, who played keyboard, set out passionately looking to complete their musical group. They were immediately impressed with the established local guitarist Richie Sambora, who had already toured with Joe Cocker and even auditioned for Kiss. With Tico Torres added on drums and Hugh McDonald on bass, the first iteration of Bon Jovi was complete.

“Runaway,” penned solo by Jon Bon Jovi, became the band’s breakout hit. The song found wide radio play, cracked the Top 40, and the band set out on their first tour: The Runaway Tour. But as Bon Jovi expanded their repertoire, Richie Sambora and Desmond Child were added as regular songwriting parters to work with Jon. Together, the trio wrote the mega-hit album Slippery When Wet in 1986, which included beloved tunes like “Livin’ on a Prayer,” “You Give Love a Bad Name,” and “Wanted Dead or Alive.”

These songs still play all the time. They are indicative of the band’s emotional rock sound, our love for which has persisted throughout decades. In 2009, both Jon Bon Jovi and Richie Sambora were inducted into Songwriters Hall of Fame. Yet despite their continued success, Sambora chose to leave Bon Jovi in 2013. When Bon Jovi was inducted into Rock and Roll Hall of Fame in 2018, Sambora reunited with this former bandmates for the induction ceremony in Cleveland.

Bon Jovi Reunited At Rock And Roll Hall Of Fame 2018

Like the rest of Bon Jovi, Richie Sambora is a New Jersey native with humble roots. He played music from a young age and picked guitar specifically when he was 12 years old, following the death of Jimi Hendrix. After graduating from Woodbridge High School, Sambora found moderate success as a touring guitarist before joining forces with Jon Bon Jovi in the early 1980’s. And as Bon Jovi quickly took off, Sambora, and the rest of his new bandmates, gained fame and became enjoyed a celebrity lifestyle.

“You Give Love A Bad Name” By Bon Jovi

Sambora married the actress Heather Locklear 1994; they divorced in 2006. Sambora shares one daughter with his ex-wife, Ava Elizabeth Sambora, who was born in 1997. In 2014, it was announced that Sambora was was in a relationship with the (much younger) guitarist Orianthi. The “According to You” singer collaborated with Sambora on a new musical partnership, RSO. They released their debut album, Radio Free America, in 2018. It’s been reported since that the couple has broken up.

But RSO was not Richie Sambora’s first artistic venture outside of Bon Jovi, and it likely won’t be his last. Sambora released his first solo album, Stranger in This Town, when he was still a part of Bon Jovi in 1991. This work occasionally featured Eric Clapton on guitar and launched a US tour that included his Bon Jovi bandmates Tico Torres and David Bryan. The collaborative effort of his own album epitomized what Sambora enjoyed about playing rock ‘n’ roll. According to Ultimate Classic Rock, Sambora spoke candidly about his Bon Jovi departure, revealing that he “thought we should have made more strides to become a band.? Ever since the release of Bon Jovi’s second album, he complained, “It was going towards Jon being the front-guy and nothing else. I kept on going, ?American rock ‘n? roll band, American rock ‘n? roll band, American rock ‘n? roll band.??

The shade goes both ways. All of Bon Jovi was shocked by the apparently sudden departure of their longtime lead guitarist. But Jon Bon Jovi eventually adapted a cold attitude regarding the split. Speaking to Pollstar about his former bandmate, Bon Jovi said, ?This isn?t a band that is dependent on the guitar player like Van Halen or U2 or something… it was about the songs and it was about me.? Ouch. Bon Jovi’s callous attitude definitely bolsters Richie Sambora’s gripes about feeling constricted in the Bon Jovi band. Pinning the decision to leave entirely on Sambora, Bon Jovi added, “I wish he was here, too, because we were a formidable duo. Our voices were the magic and he?s a great guy and all that kind of stuff, but his choices have led him astray.? Even the title of the Pollstar article, “The Man, the Voice, the Song,” presents Jon himself as the heart of the band. After all, it is called Bon Jovi. But you can’t blame Sambora for getting sick that ego trip after 31 years.

But Bon Jovi’s Rock and Roll Hall of Fame induction, at the very least, marked some kind of a reconciliation between the old rockers who had not shared a stage since 2013.