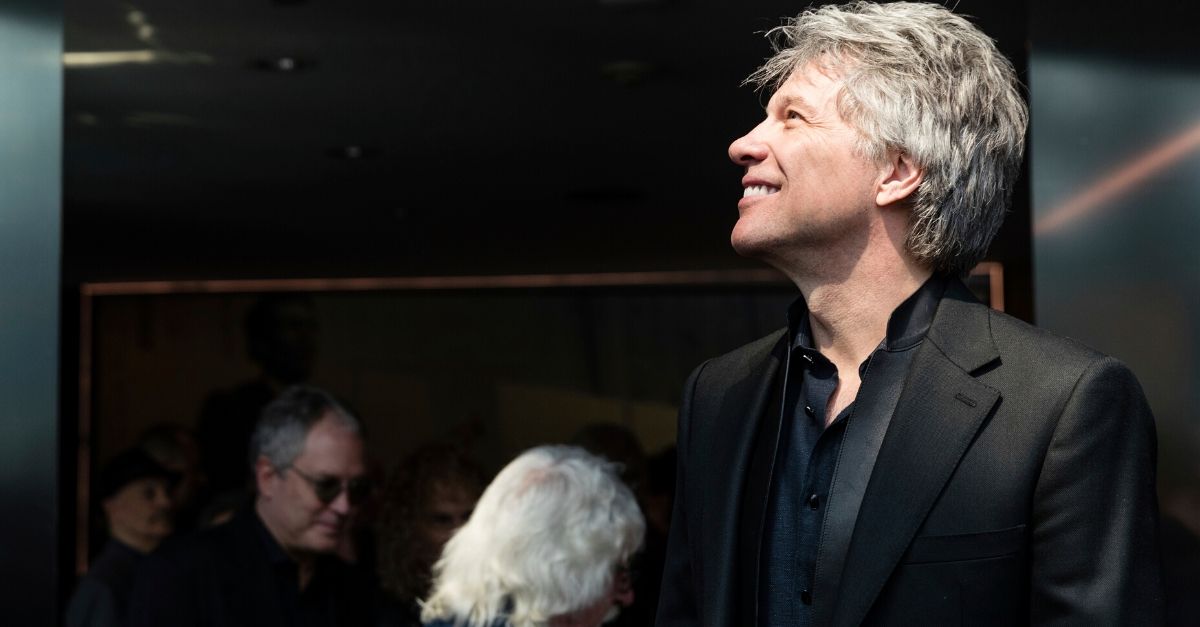 Frontman Jon Bon Jovi, born John Francis Bongiovi Jr., has spent most of his life in the limelight. As one of the most famous rockstars, he’s done it all; traveled the world, seen all the sights, and met all the people. His wife Dorothea Hurley has been there with him through it all.

Bon Jovi and Hurley met in New Jersey as teens, becoming high school sweethearts! In 1980 the future lovebirds were in the same history class at Sayreville War Memorial High school. At the time, Hurley was dating one of Jovi’s friends and all he wanted from her were answers. Answers to the history test that is, he was trying to copy! From trying to steal answers, to civil conversations, they soon became friends. When Hurley’s boyfriend joined the Navy a few months later, it didn’t take Jovi long to swoop. Before his friend had been gone a month, the two were dating.

In the mid-’80s, four years into their relationship and with the Bon Jovi star starting to rise, the two put a pause on their relationship. During this time the “Livin’ On A Prayer” singer started seeing actress Diane Lane. They didn’t last anytime. Lane started dating Bon Jovi’s guitarist Richie Sambora after a short time. But the frontman wasn’t upset, he wanted his girl back and did just that.

Jovi and Hurley were married in 1989, spontaneously in Las Vegas. They were in Los Angeles for a show and in the words of Jovi, “I turned to Dorothea and said, ?I got an idea. Why don?t we go right now? ?She said, ?You?re out of your mind.? I said, ?Come on. What?s better than this, right now, this moment?” They went right then! His manager worried about disappointing his female fan base but he didn’t care.

Today, he describes himself as a typical father even though he fronts one of the most successful rock bands to exist. In perhaps the most dad fashion, he’s even asked his kids one at least one occasion if they would like to come to his show and they have told him “No, thanks”. He and Dorothea have four kids together. Stephanie, the oldest, followed by Jesse, Jacob, and Romeo.

In Business and in Love

It feels good when a dream becomes reality! Humbled to be joined by so many members of the New Jersey community who made today's opening celebration of the @JBJSoulKitchen possible. Opening to the Rutgers University-Newark community tomorrow, this is our first location to open on a college campus. The hope: to play a role in alleviating food insecurity among college students and giving them the support they need to achieve their dreams. Huge "thank you's" to: @RUnewarkdining, @Runewark, @govmurphy and his team, JBJSF board members, all of our donors & the Newark community. We can't wait to do great things together! #HopeisDelicious @jbjskrun 📸: @meghsoneill

Having a successful marriage for three decades allows space for other ventures. For the Jovis’ that another venture is a charitable work that allows people to pre-pay for meals for homeless people. The restaurant is called the JBJ Soul Kitchen and run by the pair, cultivating a space for giving back and paying it forward.