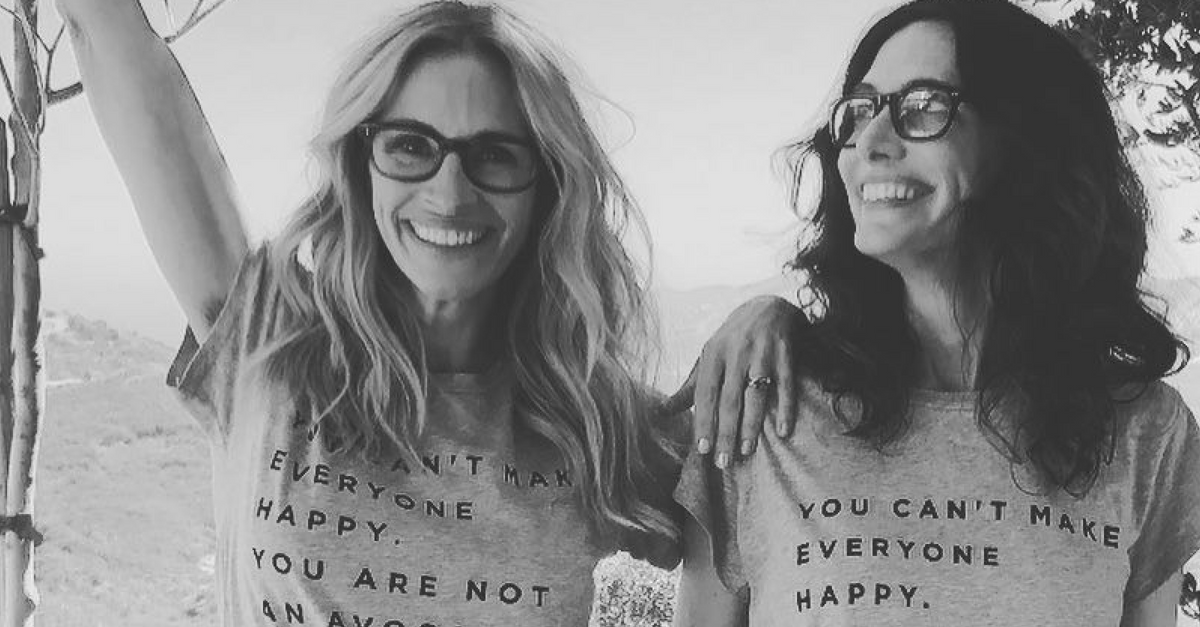 It?s official! The one and only ?Eat, Pray, and Love? star has joined the wonderful world of Instagram!

The beloved 50-year-old Oscar-winning Actress, Julia Roberts has made her “social network” debut on Wednesday, with a picture of her sitting down in the sun.

Robert?s caption simply read, ?Hello?, as she wore a sweatshirt with he world ?love? on it. Can we just talk about how good she looks? I mean?pretty woman is truly a pretty woman! Her first post, and she’s already killing the social media game.

In just 24 hours Roberts already had half a million followers, later posting another snap with a friend in a matching outfit. I?m starting to sense a ?t-shirt graphic tee? pattern here.

Roberts was born on October 28th, 1967 and became a “Hollywood healing romantic comedy legend” in 1990. Did you know she grossed $464 million worldwide for “Pretty Woman!?”

After winning a Golden Globe Award and an Academy Award nomination for “Steel Magnolias” and “Pretty Woman”, she won the Academy Award for best actress for her performance in “Erin Brockovich.”

Last year, People Magazine named Roberts’ as ?The Most Beautiful Woman? for it?s 28th annual ?World?s Most Beautiful? double-issue! It was the fifth time the publication bestowed the honor the the award winning actress!

The first time she received the title was after the release of “Pretty Woman” in 1991, when she was only 23. I mean?why wouldn’t they? Just look at this post from the Fourth of July, you can only see her forehead, but you can automatically tell its a beautiful one.

Do you think Roberts was convinced into getting and Instargam by her niece Emma Roberts? Yes, that Emma! The young star is releated by blood. Accrding to Emma, she would spend time on set?s with her aunt, which is why she became interested in following her father (Eric Roberts) and her aunts in to the film industry.

Walking by a newsstand and seeing this?! #Surreal

I don?t know about you, but I am dying to see those throwbacks on Thursdays! Can we get some Dermot Mulroney? How about some Richard Gore? Wait no, what about George Clooney? Oh, the wonders of social media.

As of now, Roberts has 750K followers. Do you think Emma has taught her about Instagram stories yet?