‘Little House on the Prairie’ star Katherine MacGregor Dies at 93 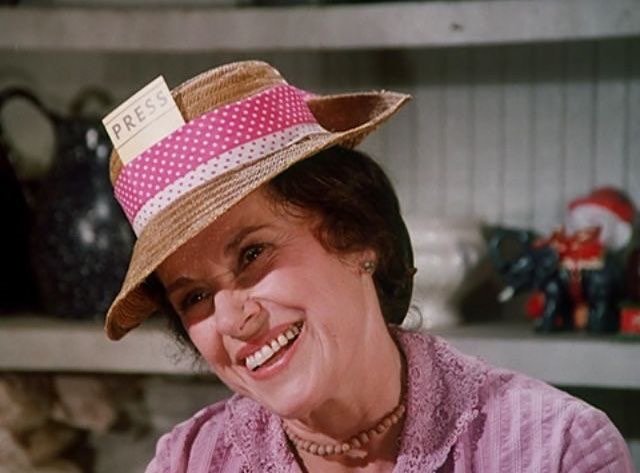 With a heavy heart, we are sad to announce that Katherine MacGregor, known for her role as Harriet Oleson on Little House on the Prairie died on Tuesday, November 13th in Woodland Hills, California. Kathrine starred in 153 episodes of the television show, sharing the screen with Alison Arngrim, who played her daughter Nellie. The mother and daughter-duo were a snarky difference to the Ingalls clan which included Micheal Landon as Pa and Melissa Gilbert as Laura Ingalls.

The American actress started her acting career in the 1950’s, starring as a one-episode character in television shows such as Play of the Week, The Young Lawyers, and Emergency! It wasn’t until 1974 MacGregor got her big break on the silver screen.

“I was getting ready to go back to New York and my agent called and said, ‘Could you go see somebody this afternoon?'” MacGregor laments on how she was asked to audition for the show on her official website “And I said, ‘Who did you say I’m supposed to meet?’ She said, ‘Michael Landon.’ And I said, ‘Well, who’s he?'”

I just got word that Katherine MacGregor passed away yesterday. This woman taught me so much… about acting… vintage jewelry… life. She was outspoken and hilariously funny. A truly gifted actress as she was able to play a despicable character but with so much heart. Her Harriet Oleson was the woman our fans loved to hate. A perfect antagonist. The thing people outside of our prairie family didn’t know, was how loving and nurturing she was with the younger cast. I really loved her and I find great comfort knowing that she is at peace and, per her beliefs, her soul has moved on to its next incarnation. Farewell Scottie. I hope with all my heart we meet again next time.

A post shared by Melissa Gilbert (@melissaellengilbertbusfield) on Nov 14, 2018 at 6:29am PST

Micheal met with MacGregor and offered her the role of Harriet, a shrewd, bothersome woman. She was written to be the antagonist in the series, and Kathrine “Scottie” MacGregor worked greatly to turn Mrs. Oleson into a character people loved to hate. She slowly added bits of humor into the role, sharing, “Anyone that mean has to be a fool, so I began mixing farce into it.”

In her personal life, MacGregor had two brief marriages, one each on the East and West Coasts. In 1949 at the beginning of both of their careers, Katherine wed well-known actor, Bert Remsen. They split in 1950. Once she moved to Los Angeles, MacGregor met Edward Kaye-Martin, actor and director, and head of UCLA’s acting program. The couple married in August 1969 and divorced a year later in October 1970.

MacGregor retired from acting as the show ended and focused on her Hindu faith. She was not in “The Last Farewell” episode due to a pilgrimage to India.

She spent her last years living at the Motion Picture & Television Fund’s home in Woodland Hills, California. Costar, Richard Bull, her husband on The Little House on the Prairie lived at the home as well with his with Barbara Collentine. Richard passed away in 2014, and both women agreed, “…they had both lost a wonderful husband.”