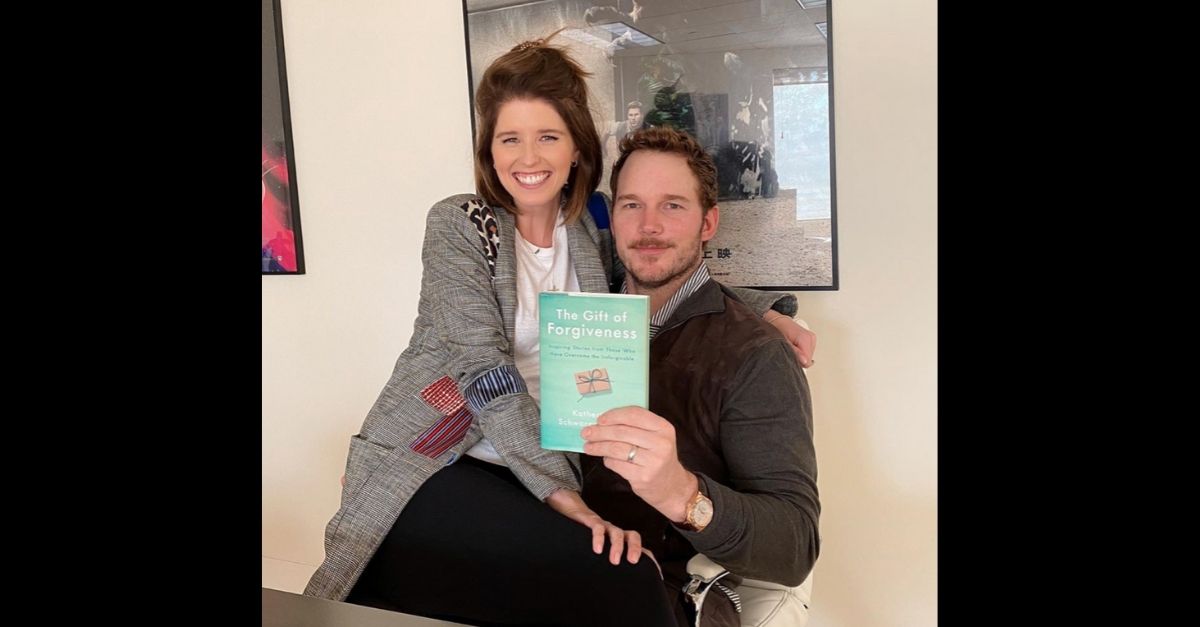 Editor’s note: This article was originally published on May 20, 2020. It was updated on August 10, 2020 when Katherine Schwarzenegger and Chris Pratt gave birth to their first child, a baby girl.

Katherine Schwarzenegger, daughter of Arnold Schwarzenegger and Maria Shriver and wife of Chris Pratt, has given birth to her first child, a baby girl. Lyla Maria Schwarzenegger Pratt was lovingly welcomed to the world at the St. John’s Hospital in Santa Monica, California over the weekend.

We are beyond thrilled to announce the birth of our daughter Lyla Maria Schwarzenegger Pratt. We couldn’t be happier and we feel extremely blessed! Love, Katherine and Chris

A post shared by Katherine Schwarzenegger (@katherineschwarzenegger) on Aug 10, 2020 at 8:42am PDT

A source told ET, “?Giving birth was such a special moment for Katherine. She was overcome with emotions when she first held her daughter and was so thankful to have Chris there. Everything is new for Katherine and she?s glad Chris is there to help her through everything.?

Katherine’s younger brother, Patrick Schwarzenegger, also told ET, “They’re doing great- just got her a little gift,” as he left a market in Santa Barbara, California with a package topped with a pink ribbon. Arnold and Maria were found visiting Katherine and Chris’ house after the baby was born. They have been overly excited in anticipation of their new granddaughter. Maria had told ET, “I’m really proud of her. Obviously she and Chris are super happy. They’re a blessing to each other.”

Katherine had previously talked about how her mom, Maria Shriver, inspired her to become a mother as well. Katherine wrote in an Instagram post dedicated to her mom on this past Mother’s Day, “I am so beyond blessed to learn from you and you have made me want to be a mama for as long as I can remember.”

Happy Mother’s Day to the greatest and most remarkable Mama in the entire world! We are the luckiest 4 kids in the entire world to have you as our mama. I am so beyond blessed to learn from you and you have made me want to be a mama for as long as I can remember. You mother not only us 4, but everyone you come in contact with. You are the Queen mother to all and I am so lucky to have you as my mom. I love you! ♥️

A post shared by Katherine Schwarzenegger (@katherineschwarzenegger) on May 10, 2020 at 12:01pm PDT

Congratulations to this power family! There are some major genes being passed along here, and we can’t wait to see little Lyla grow up!

There is so much adoration going on in the Schwarzenegger family, and it’s worth highlighting. Katherine Schwarzenegger and Chris Pratt recently announced Katherine’s pregnancy with their first child back in April. And Arnold Schwarzenegger didn’t hesitate to show his excitement about the pregnancy news either.

Katherine Schwarzenegger and Chris Pratt got married in June 2019, almost a year after the Guardians of the Galaxy star‘s divorce from ex-wife Anna Faris back in October 2018. Chris and Anna share 7-year-old son Jack, who was a “little groomsman” at Chris and Katherine’s wedding. According to E! News, Katherine was hoping to be pregnant with their first child in early 2020, and that’s exactly what happened.

Katherine is the eldest child of Arnold Schwarzenegger and her mom Maria Shriver. And from what it looks like on social media, Maria apparently set Katherine up with her now husband Chris Pratt. And especially after his interview with Jimmy Fallon, clearly Chris has Arnold’s approval as well.

The famous Terminator star was set to appear on The Tonight Show Starring Jimmy Fallon. However, with the COVID-19 pandemic sending everyone into quarantine, they settled for a video chat. Jimmy Fallon started with the usual, asking Arnold what he has been up to during his quarantine. Arnold casually shared videos of his bike rides with his animals, and it’s hilariously cute. Then Jimmy brought up his daughter Katherine, and Arnold just couldn’t contain his excitement about his first grandchild.

Arnold stated that he is looking forward to playing with his first grandchild. But the hilarious part was when he started talking about the incredible “gene pool” that Katherine’s first child is going to have.

“But I was thinking about the gene pool. I mean, think about this for a second. It is part Kennedy, and part- you know, there’s three gene pools here. You can do Kennedy, Schwarzenegger, and Pratt. I mean, we can do anything. We can go and solve the Cuban missile crisis, we can go and kill Predators with our bare hands, and we go and train dinosaurs. I mean, think about this. That is a lot of power here. Worst thing is if this kid ends up, you know, with my accent. That’s what we don’t want.”

The episode continued with Arnold giving tips for first-time dads, and sharing his experience giving commencement speeches for new graduates. Looks like Chris’s genes may have saved him in helping get dad’s approval to marry Katherine. I would probably feel a little nervous if my spouse’s father was the Terminator.