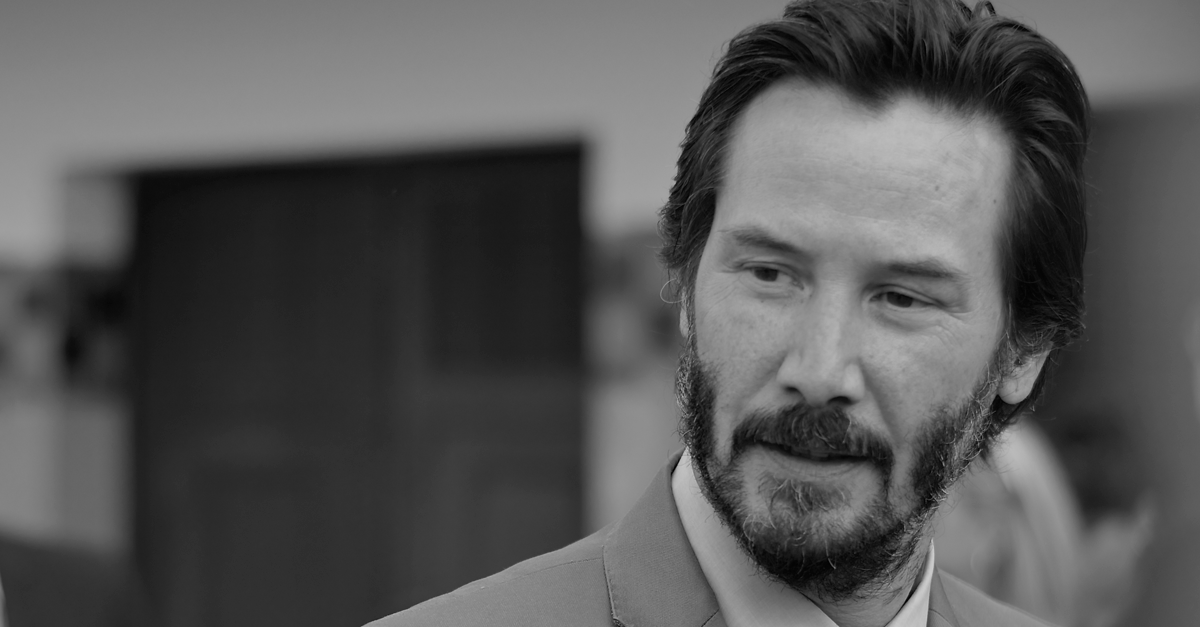 It?s safe to say that at 53 years old, Keanu Reeves has made an impact all over the world due to his epic roles in successful box office movies. These include big titles such as The Matrix, John Wick, John Wick: Chapter 2 and my personal favorite Constantine. Yet, did you know Reeves has actually been dubbed as the most ?humble actor? in the industry?

The actor is also a producer and a musician, born and raised in Beirut, Lebanon and has Native Hawaiian, Chinese, Portuguese, and English ancestry. His Mother is a British costume designer and his Father is Hawaiian-born American, which is where he gets different cultures. From Australia to New York, to California, the actor finally decided to settle down in Toronto, Canada.

Want to know more? Here are a few unknown facts you should probably know about the famous actor.

1. His first name means ?cool breeze over the mountains? in Hawaiian.

The actor was named after his great-great-uncle Keaweaheulu. (5 points for getting it correct the first time!) When the actor arrived to Hollywood, his agent thought his name was too exotic and suggested the name change. Sometimes the actor would sign his contracts as K.C. Reeves, short for Keanu Charles Reeves.

2. In 1999, Reeves girlfriend, Jennifer Syme, gave birth to a stillborn daughter after an eight-month pregnancy.

"In 1998, I met Jennifer Syme. We fell instantly in love and by 1999, Jennifer was pregnant with our daughter. Sadly, after eight months, our child was born stillborn. We were devastated by her death and it eventually ended our relationship. 18 months later, Jennifer died in a car accident. Since then I avoid serious relationships and having kinds." ~Keanu 😭💔 #keanureeves #jennifersyme

Ava Archer Syme-Reeves was born prematurely. After her death, the relationship was said to be on rocky roads. According to IMDB, eighteen months later, Syme died in a car accident after leaving a party at Marilyn Manson?s house. Syme drove her Jeep into three parked cars, causing her to fly out of the vehicle. After investigation officials stated Syme was not wearing her seatbelt and was inebriated. Syme was an American actress and personal assistant who worked for David Lynch and Dave Navarro.

Other actors who followed Reeves down the million-dollar bank are Bruce Willis, who received a total of $14 million and $100 million for The Sixth Sense, and Tom Cruise for Mission: Impossible 2 and War of the Worlds.

4. Speaking of The Matrix, Reeves donated $75 million of his earnings for his work on the film to charity.

Reeves also reportedly set up a private cancer foundation to help several children?s hospital and cancer research. Many believe this was to honor his sister, who was diagnosed with leukemia in the ?90s. In 2008, Reeves was seen answering phones and participating at the Stand Up To Cancer telethon. The actor also donates to the Spinal Cord Opportunities for Rehabilitation Endowment, also known as SCORE.

5. In 1997, Reeves was pictured by paparazzi spending a morning with a homeless man, talking, and sharing some of his food.

You know how sometimes people say how pictures speak louder than words? BOOM, here is your proof. If this doesn?t show you his humble side, I don?t know what will.

Although the actor lives a very private life, his kindness has taken him a long way. I’m pretty sure we can all agree Reeves is an amazing human, who worries about others before he worries about himself. A down to earth celebrity, who is inspiring others to use their power for good. He is one step away from becoming Oprah!

Oh, and if you needed one more bonus reason, this clip of him giving up his seat to a woman on the subway might do the trick.

Keanu Reeves giving up his seat from MadeMeSmile

6. He “has been married” to Winona Ryder for more than 20 years!

During promotion for their wonderful and hilarious film “Destination Wedding”, both Winona and Keanu found out they were actually married! It turns out they tied the knot in Romania while filming “Bram Stokers “Dracula” in 1992. In the scene, Francis Ford Copolla used a real Romanian priest, which means yes, marriage! During an interview, Ryder pointed out to Reeves, in which he hilariously responded with a shocking “Oh my gosh, we’re married!” Well, that’s one way to find out…at least it wasn’t in Vegas, am I right?