On This Day in History: Keith Moon’s Final Performance with The Who 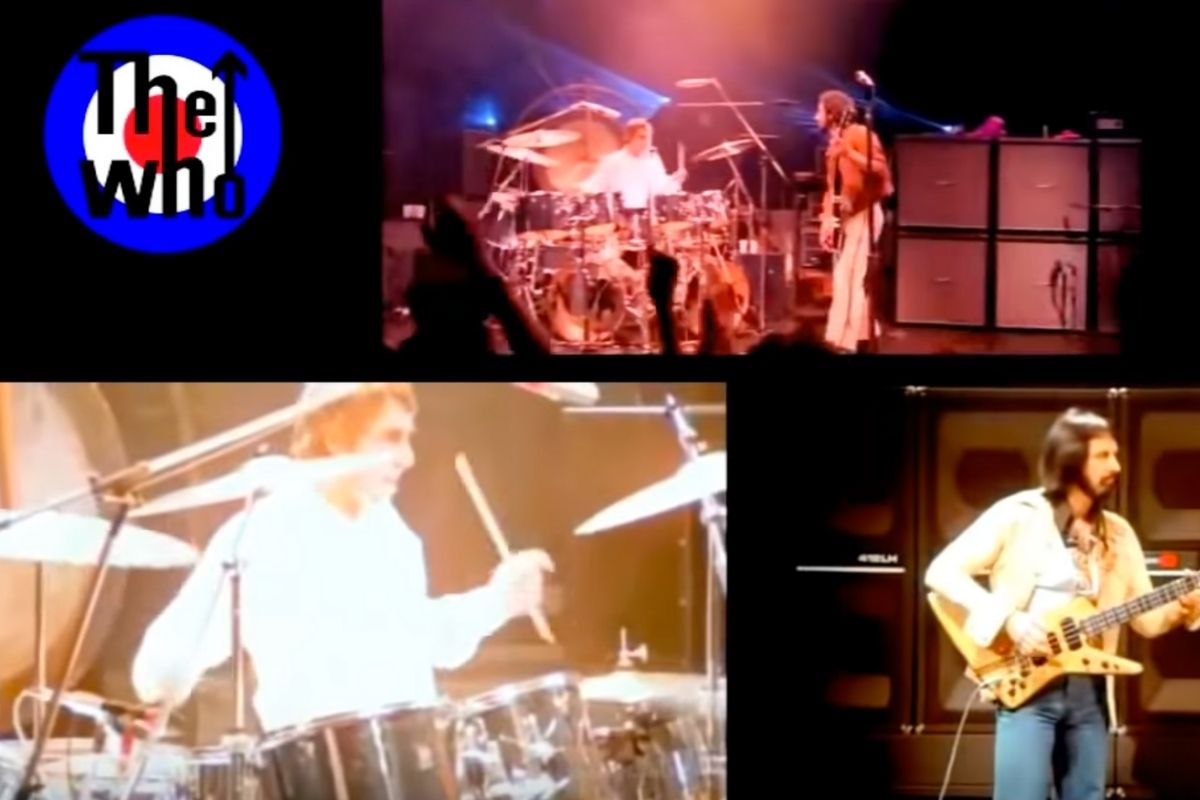 Keith Moon, The Who?s hard-partying drummer, was famous for degenerate behavior that still defines the rock star image — like blowing up hotel room toilets with cherry bombs. (Moon?s 21st birthday party at a Flint, Michigan Holiday Inn has gone down in history as a particularly egregious display of rock ‘n’ roll machismo that included a car submerged in the swimming pool, food fights, a police standoff, and a $23,000 bill.) But his wild exterior distracted from a slate of intense addiction issues.

Moon lived a short and talented life that was fueled by famous friendships, alcoholism, and the drums. The last album that Moon recorded with The Who was Who Are You, but his worsening health slowed the process; he would often arrive to practice barely able to hold onto his drumsticks. Moon’s final performance with the band took place on May 25, 1978, just months before the musician?s premature death at the age of 32.

Moon the Loon’s aptitude for music was clear during his Wembley childhood ? as were his more troubling tendencies. According to biographer Tony Fletcher, Moon?s elementary school music teacher noted that the boy had “great ability but must guard against a tendency to show off.” That performative streak would come to define the young rock drummer. Moon joined The Who when he was only 17 years old. The band was looking for a replace their original drummer, Doug Sandom, and his audition became a quintessential Keith Moon display: already loaded, Moon played hard enough to destroy the drum kit, busting through two drumheads and breaking off the bass pedal. He was offered the job on the spot and immediately began drumming for The Who. Their debut album, My Generation, showcased the unique style of Moon’s drumming: full of tom-toms, crashing cymbals, and surf music influence.

The Who?s Performance at Shepperton Studios

By the time that Keith Moon took to the stage at Shepperton Studios on May 25, 1978, his relationship with the rest of The Who was terribly strained. After a two-year break from touring, the bandmates were meeting to film one last set for the rockumentary, The Kids Are Alright ? but their first attempt had been dismal. Moon, so far gone in his addictions, was out of practice could barely keep up with the band. In his memoir, Who Am I?, Pete Townshend writes that he “was terrified that Keith wouldn?t be able to hide his deteriorating condition.?

But The Kids Are Alright director Jeff Stein insisted they try again, this time at Shepperton Studios. The second concert was much cleaner, filmed on multiple cameras in front of a small audience. In the video for ?Won?t Get Fooled Again? (linked above), the triple split-screen details energetic displays by guitarist Pete Townshend, Roger Daltrey at the mic, and bassist John Entwistle. Moon, on the other hand, is tucked away behind the drum set just outside the focus of Stein?s camerawork. But at 8:48, Moon?s special ?Won?t Get Fooled Again? drum solo is featured front and center; his rapid arm movements look stark against the technicolor laser show. This drum solo would be the rock legend’s last.

The Death of Keith Moon

On September 7, 1978, Keith Moon died at the age of 32 in a flat he was renting from Henry Nillson in Mayfair, London. The Mamas and the Papas singer, Cass Elliot had died in the same flat four years prior ? also at the age of 32. Most would agree that the apartment was cursed, although Townshend assured his friend that ?lightning wouldn?t strike the same place twice.? How wrong he was. Moon overdosed on prescribed Heminevrin, a strong sedative meant to ease alcohol withdrawal symptoms as he struggled to get sober. Earlier that night, Moon and his girlfriend, Annette Walter-Lax, attended the Buddy Holly Story premiere with Linda and Paul McCartney. (Moon was close with all the Beatles, especially John Lennon and Ringo Starr.) Upon returning home, the couple had a fight. Annette Walter-Lax says the Who drummer?s last words were ?If you don?t like it, you can f*** off!? After Annette left the flat, Moon took a deadly amount of Heminevrin: 32 pills.

In the wake of Keith Moon?s death, The Who continued to tour although Pete Townshend has admitted that this professional push was “completely irrational, bordering on insane.” Following Keith Moon, The Who cycled through several drummers, including Ringo Starr’s son, but none were ever the perfect replacement. Of the Who’s most famous works, My Generation, Live at Leeds, Who’s Next, Tommy, Quadrophenia, and Who Are You, all were reordered prior to 1978 and include Moon. Keith Moon?s passionate, self-destructive legacy not only endures in rock music but haunts the classic rock band which still performs to this day.