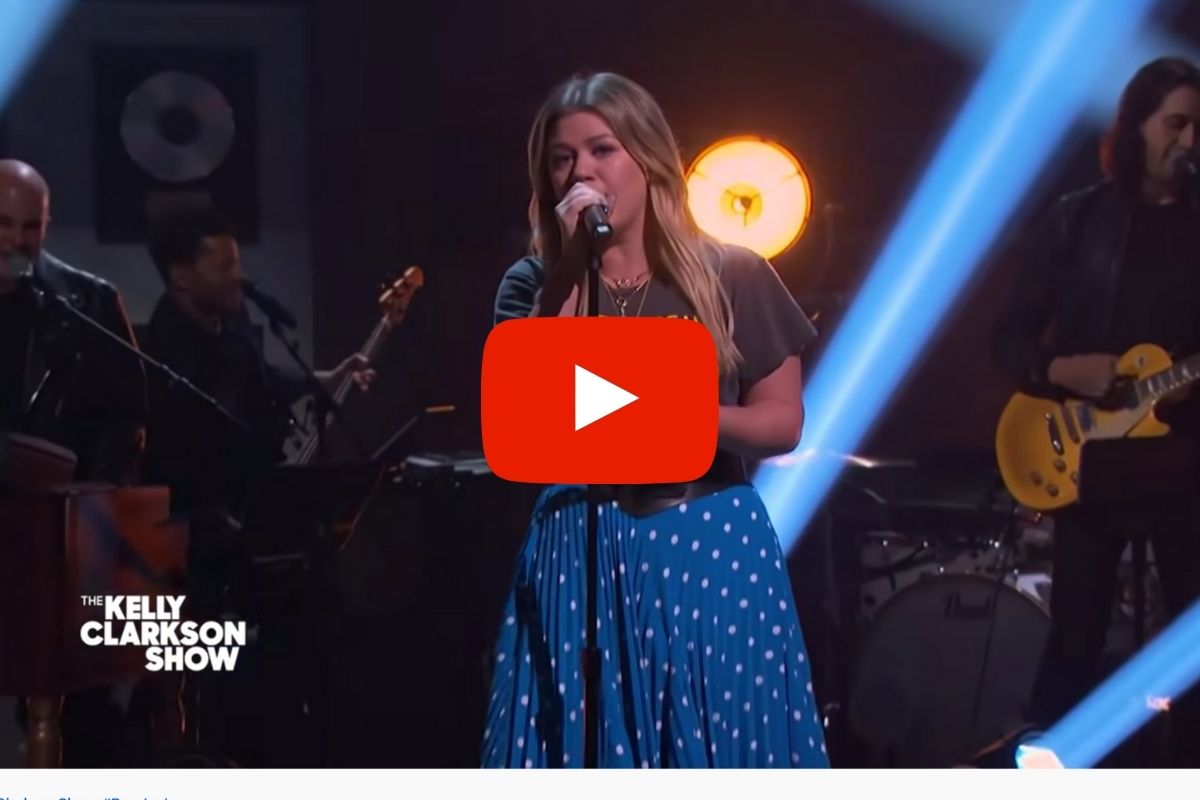 Good lord! The pipes on this woman astound me! Is there anything that Kelly Clarkson can’t sing? I mean…I’m pretty much convinced she’s an angel because she nails every single thing she sings! In case you don’t know who Kelly Clarkson is, she is an American actress, singer-songwriter, and television personality. She first rose to fame back in 2002 after winning the first season of American Idol, and she signed a deal with RCA Records. Some of her most well-known singles are A Moment Like This, Since You Been Gone, Because of You, Breakaway, Stronger, and Piece by Piece. Selling over 25 million albums and 45 million singles worldwide, she now has three Grammy Awards, four American Music Awards, two Academy of Country Music Awards, and a Daytime Emmy Award.

Let’s not forget that she also serves as a coach on the competition series The Voice. But, personally, my favorite thing that she has ever done is host her own talk show, The Kelly Clarkson Show. Basically, the shows feature several segments about “ Everyday People” and is produced by NBC Universal television. It first premiered on September 9, 2019, and has earned 3 Daytime Emmy Awards. Clarkson won the Emmy Awards for Outstanding Entertainment Talk Show Host. And if you ask me, she deserves 100%. She also interviews famous artists such as Gwen Stefani, Mary Steenburgen, Gal Gadot, Carrie Underwood, and more.

On the show, she has a segment called “Kellyoke” where Kelly Clarkson covers songs that she likes or that are trending, putting her own twist to it. This time she decided to cover Bon Jovi’s classic song It’s My Life, backed up by her band. Safe to say the singer absolutely nailed the number adding several high notes of her own. After she finished the number, Jon Bon Jovi decided to join the show’s virtual audience to talk about her performance. Clarkson asks Jovi, “So, be honest, and when I say be honest I mean lying is totally OK,” Clarkson said. “How did I do with your song?” To which she answered, “I noticed that you had to change the key. It was in a girl key…”God bless you for it. But yeah, it was cool! Thank you for doing that.”

Clarkson, who was previously married to Brandon Blackstock, then goes on to ask where he was in life when he wrote it, and what it meant for the singer. To which the Rockstar replied “There’s a lyric in there that’s ‘Frankie says I did it my way,’ that was from New Jersey’s most famous son, Frank Sinatra. “I had just come home from doing a film in Malta and Rome called ‘U-571.’ It was a World War II picture with Matthew McConaughey. We come home, and we’re making the (album) and we got together to write that and I had to fight very hard for that lyric.”

The superstar continued, “(Lead guitarist) Richie (Sambora) said to me, ‘What is Frankie and what does it matter?’ And I said ‘Well, because much like Frank, I’m going to make movies when I want, records when I want, and this is how I’m feeling. I won the argument simply because I had to sing the song every night.” Jovi stated that while that may have been the original intention, the song has since taken a whole new meaning of its own.

He stated “That’s what it stood for me, but the magic was guys like (brother) Anthony (Bongiovi) and people around the world. They said ‘No, Frankie is me, Frankie’s my best friend, Frankie’s my brother,’ and that’s the magic of a great song. People make it their own.” That’s it, I’m calling it, I need these two to make the perfect duet. She also needs to cover the Bee Gees! I bet that would be epic.