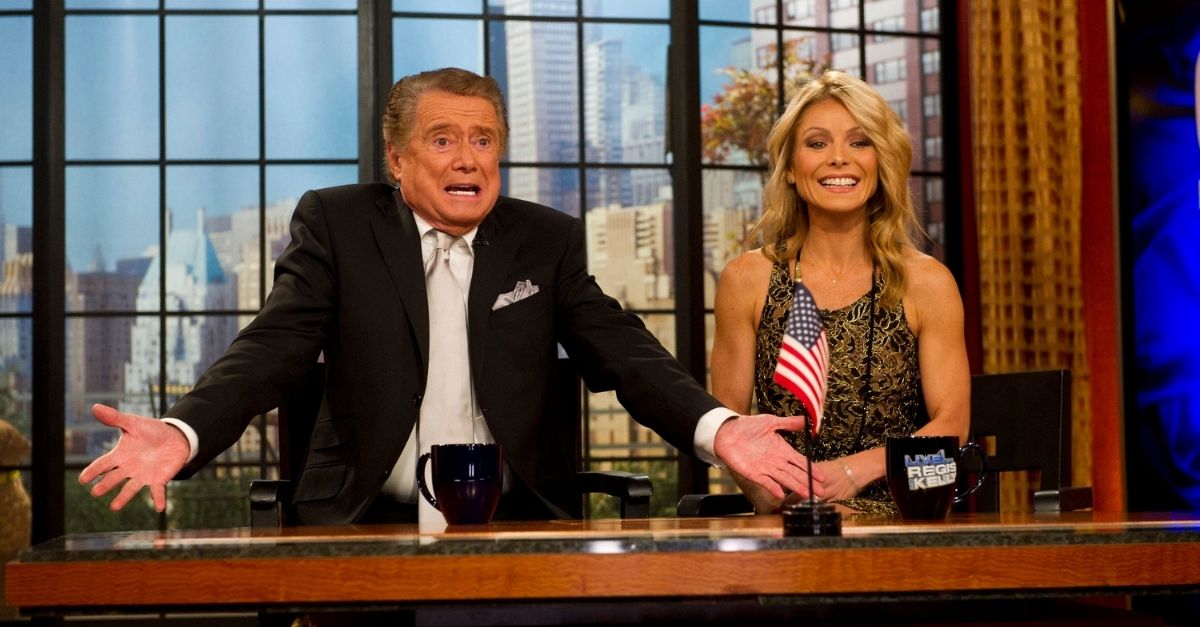 Host Regis Philbin was pretty superstitious when it came to the happenings behind-the-scenes on the then-titled Hollywood ABC morning show “Live! with Regis and Kelly.”

“Regis had a mandate: Absolutely no talking off-camera,? she told the publication. “He had almost a superstition about it. You save it for the show. I?d be like, ?Good morning,? and he?d say, ?Save it for the air!'”

Ripa signed on to “Live!” in 2001, replacing Philbin’s then co-host Kathie Lee Gifford. She remained his co-host until he left the series in 2011. Former live co-host Michael Strahan joined Ripa in 2012 and stayed on until making a dramatic exit for a new gig on “Good Morning America” in 2016.

Upon hearing the news of Strahan’s sudden exit, Ripa promptly took an extended vacation and returned days later after “processing” the news.

“What transpired over the course of a few days has been extraordinary in the sense that it started a conversation about communication and consideration and most importantly, respect in the workplace,? she said at the time, adding, ?I don?t consider this just a workplace. This my second home. This is a place I have devoted myself to. Not just because of you, our loyal viewers, but because of all of the producers and the crew who work on this show. We have an incredible team. We are incredibly devoted to one another. We are family. Apologies have been made. The best thing that has come out of all of this is that our parent company has assured me that ?Live? is a priority.?

After Strahan left in May 2016, Ripa spent a year searching for a suitable co-host before “American Idol” host Ryan Seacrest signed on to fill the seat full-time. His official first day of work was May 1, 2017, and he’s definitely a great choice to play off up-beat Ripa.

The feeling is apparently mutual because Seacrest had nothing but nice things to say about his co-host. “If it were raining outside and there was a puddle, I?d want to stand in front of Kelly so she wouldn?t get wet,? he said. ?There?s that protection thing.?

Editor’s note: This article was originally published on December 12, 2017.

Watch: Regis Philbin, Talk Show Icon and ?Who Wants to Be a Millionaire? Host, Dead at 88