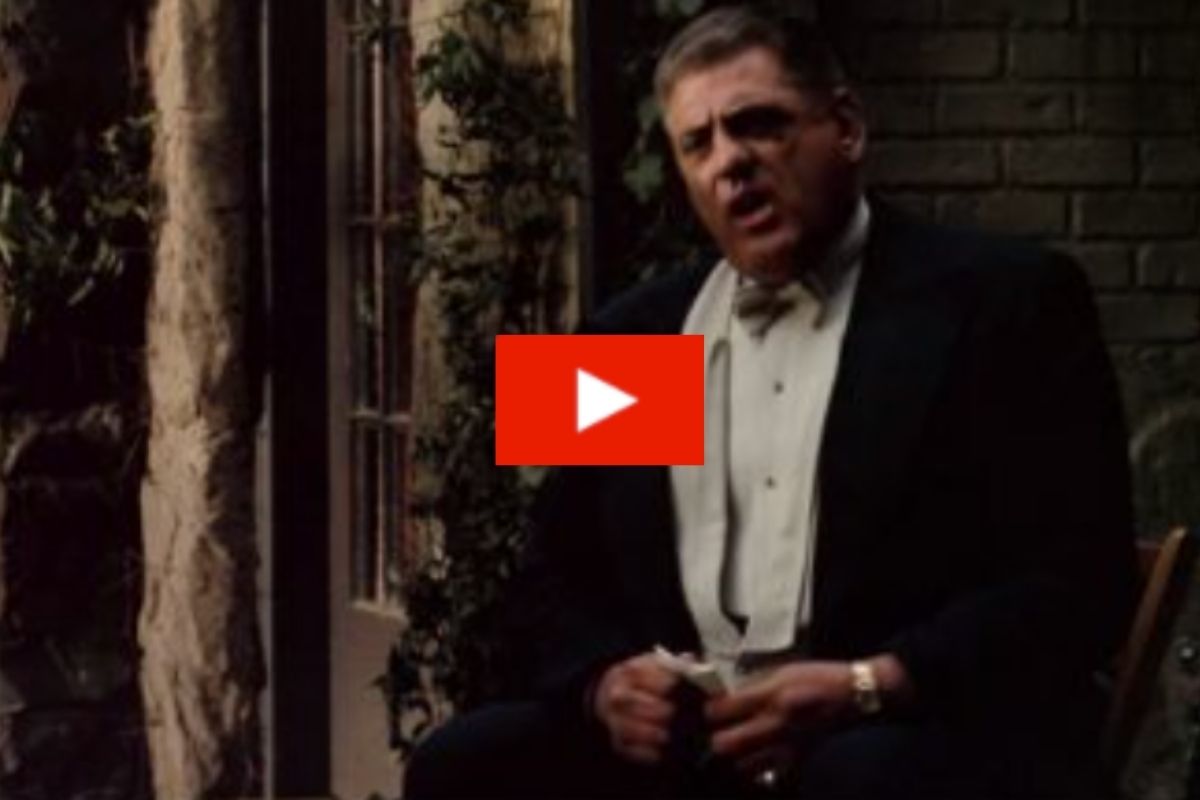 In Francis Ford Coppola’s The Godfather, the world’s most famous saga about mobsters, there were actually real-life mobsters.  Lenny Montana plays the role of hitman Luca Brasi in the 1972 film. The way he came to play the role was complete happenstance. The Brooklyn native was originally only on the set working as a bodyguard to an unnamed “Mafioso” from the Colombo crime family.

From Mobster to Actor

When the Italian-American Civil Rights League got word of the film, they basically threatened the movie’s existence. They made sure the word “mafia” was never used in the movie and made it clear that the League was going to be present during the film’s production. This is why multiple members of the league were onset during the film, including Montana. When Francis Ford Coppola met the tough 320 pound, 6’6″ former professional wrestler working as an enforcer on the set, he knew he had to have him in the movie. According to Vanity Fair, Coppola “fell in love” and offered Lenny Montana a part in the movie on the spot.

Lenny Montana was well liked on set. He brought a diverse experience; both sweet and well, cruel. When a producer’s watch broke on set he brought her an antique diamond watch to replace it, instructing her to just not “wear it in Florida”.  Some of his antics included tying a tampon soaked in kerosene to the tail of a rat and then setting the tampon on fire and letting the mouse run around the building. Did I forget to mention that he was also, at some point, an arsonist?

Lenny’s actual role in the film, however, was not that big and didn’t see much screen time. He plays a hitman, Luca Brasi who works for Don Corleone, played by Marlon Brando. Lenny was a huge fan of Marlon Brando.  In fact, the scene where Luca Brasi congratulates Don on his daughters engagement, Montana practiced the line over and over, afraid to mess it up in from of Marlon Brando. The producers ended added this as a character trait in the film, to add depth.

After his first film appearance as Luca Brasi, Lenny Montana was asked to do many roles similar in nature to his tough mobster character in The Godfather. The Funny Face of the Godfather, an Italian spoof of The Godfather, was one of his firsts. So followed Matilda, They Went That-A-Way & That-A-Way, The Jerk, Blood Song, Kojak, and Magnum P.I, which was one of the televisions acting as well. He became a fairly well-known actor, playing in about a dozen movies and tv shows, all from just being a bodyguard!

Watch: ?You Talkin? To Me?!?: The Story Behind Robert De Niro?s Famous Line