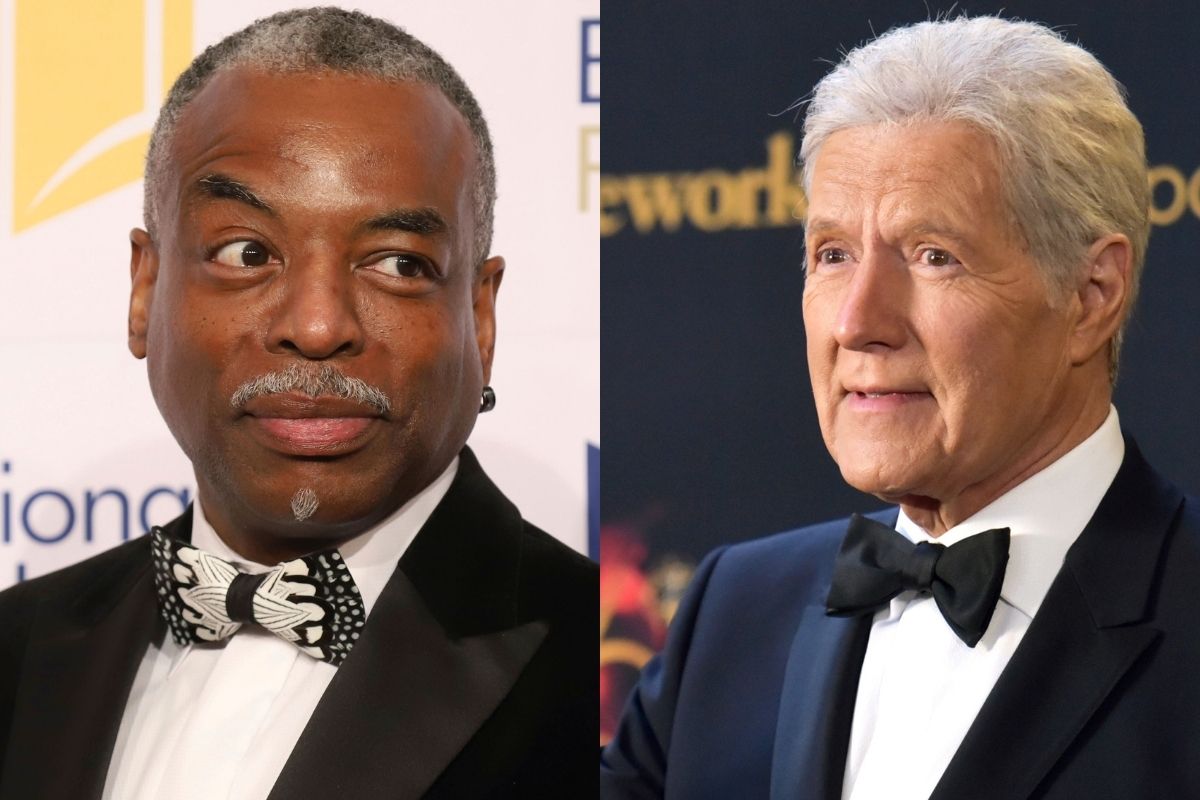 LeVar Burton really wants to host Jeopardy! Since the death of Alex Trebek late last year, fans have wondered who might possibly fill the esteemed host’s shoes. But many Jeopardy! enthusiasts made a case for Burton, who became such a beloved TV fixture hosting Reading Rainbow on PBS for 23 years. But when guest hosts were announced by Sony Pictures, to replace Trebek in the interim, Burton did not make the list.

Now, however, after social media outcry, Burton has been slated to host the game show short-term. And after that, who knows? The position of the permanent host remains undecided.

When host Alex Trebek passed away from pancreatic cancer last November, the world mourned his loss. I know I spent countless nights with my college roommates, competitively watching the syndicated rounds: a memory (and effective drinking game) that’s now become even dearer to me. But amidst the touching tributes, a new conversation arose. Who might step up to host Jeopardy? It’s not an easy question to answer.

And now a new slate of guest hosts has been revealed: Good Morning America co-anchor George Stephanopoulos and Robin Roberts, CNBC analyst David Faber, sportscaster Joe Buck, and after much anticipation, LeVar Burton. It’s important to note that these new additions to Season 37 will host for only four days at a time, as opposed to the two weeks that earlier guest hosts have enjoyed. Perhaps that means the Jeopardy! team is closer to making its final decision.

LeVar Burton gained fame portraying Kunta Kinte on the historic ABC miniseries Roots in 1976. Burton was just 20 at the time. And that’s not the only iconic character Burton would play. On Star Trek: The Next Generation, Burton starred as the VISOR-shielded Geordi La Forge for all seven seasons.

Then the world got to know a new side of LeVar Burton when he became the host of Reading Rainbow, the sweet children’s show on PBS which ran for more than two decades. Now Burton channels his love of literature for an older audience, hosting the podcast Levar Burton Reads. The actor is obviously academically-minded — no doubt he’d excel running a fact-oriented program like Jeopardy! And now he’ll finally have the chance.

Even if nothing comes from it, I can’t tell how much how I appreciate all y’alls love and support! 🙏🏾♥️

Passionate fans of Jeopardy! and LeVar Burton — apparently there’s a large overlap — were furious when Burton was originally passed over to become a guest host. And those Jeopardy! fans mean business; when Dr. Oz was announced as an early placeholder, viewers protested the move and signed online petitions calling out Oz for his promotion of pseudo-science. That controversy cast a distinct obvious shadow over Oz’s guest-hosting gig. Now fans have made news again for utilizing a similar format… this time to lift up their own premier choice: LeVar Burton.

An online campaign was launched soon after Trebek’s death last year which promoted Burton as the ideal Jeopardy! host. And Burton himself quickly commented, saying positively, “Even if nothing comes from it, I can’t tell you how much I appreciate all of your love and support!” A change.org petition circulated which remained trending for months. In all, 346,000 people signed! Even after Burton was not named as an initial guest host, social media did not relent. And now, per Sony’s recent press release, it’s paid off. Burton will have the chance to guest host Jeopardy! at hosting this summer.

On becoming an, albeit temporary, host of Jeopardy!, Burton wrote on Twitter:

“THANK YOU… to all y’all for your passionate support! I am overjoyed, excited, and eager to be guest-hosting Jeopardy!, and will do my utmost best to live up to your faith you in me. YOU MADE A DIFFERENCE! Go ahead and take my word for it, this time.”

The chance to guest host Jeopardy! is exciting in itself. But it’s clear that Burton hopes to turn the position into a full-time gig… though he might have some fierce competition. During his own two-week stint, Aaron Rodgers was a fan favorite and has also expressed serious interest in balancing the TV gig with his legendary football career. Not to mention, the show saw a 14% ratings increase during Rodgers’s brief tenure…

We will have to wait for Burton’s turn, which begins on July 26, to see who might win the ultimate Jeopardy! prize: the title of host.