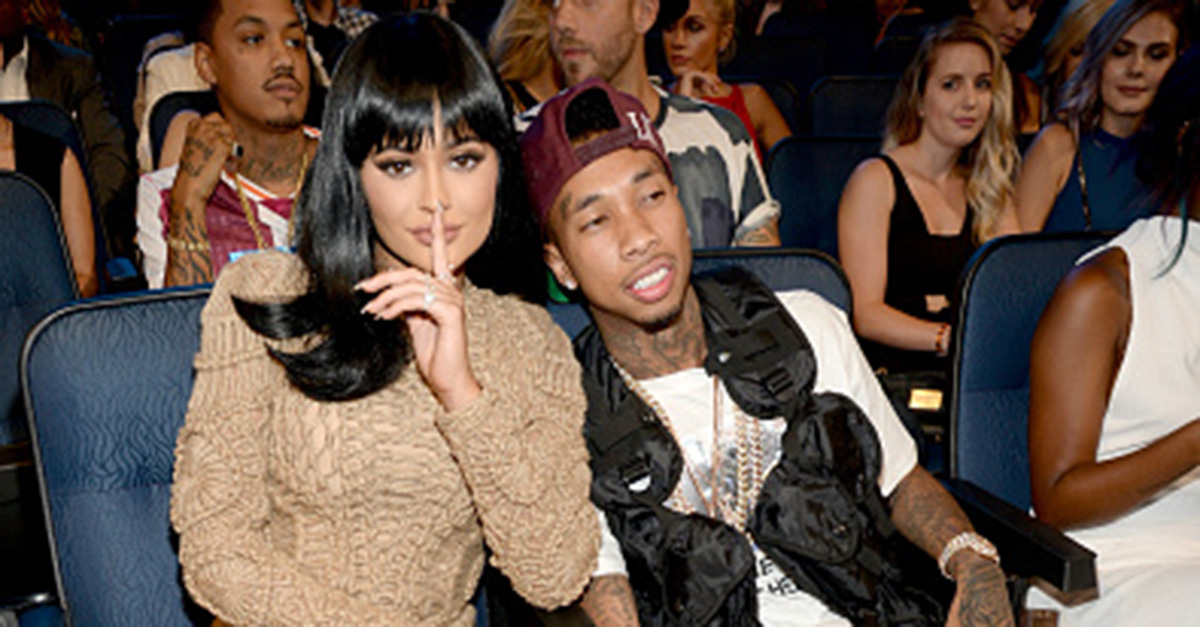 What is going on with these two?

It really appeared as though rapper Tyga and Kylie Jenner were on the outs — until now.

Jenner posted a Snapchat video of herself getting an Egyptian manicure at her home on Wednesday. While looking at nail designs, Jenner says, “This reminds me of my husband,” referring to the selection.

According to a People report, she was referring to Tyga when she said it.

RELATED: Latest security footage has us wondering if Iggy Azalea’s relationship drama will ever end

What’s so confusing for us is that in May, Tyga and Jenner reportedly split. The two even looked to have moved on to new boos.

Around Memorial Day, both Jenner and Tyga were spotted with other people.

Jenner was with Canadian rapper, PartyNextDoor and Tyga was with Demi Rose Mawby while attending the Cannes Film Festival.

So now we’re wondering if they’re in it for the long haul — only time will tell.