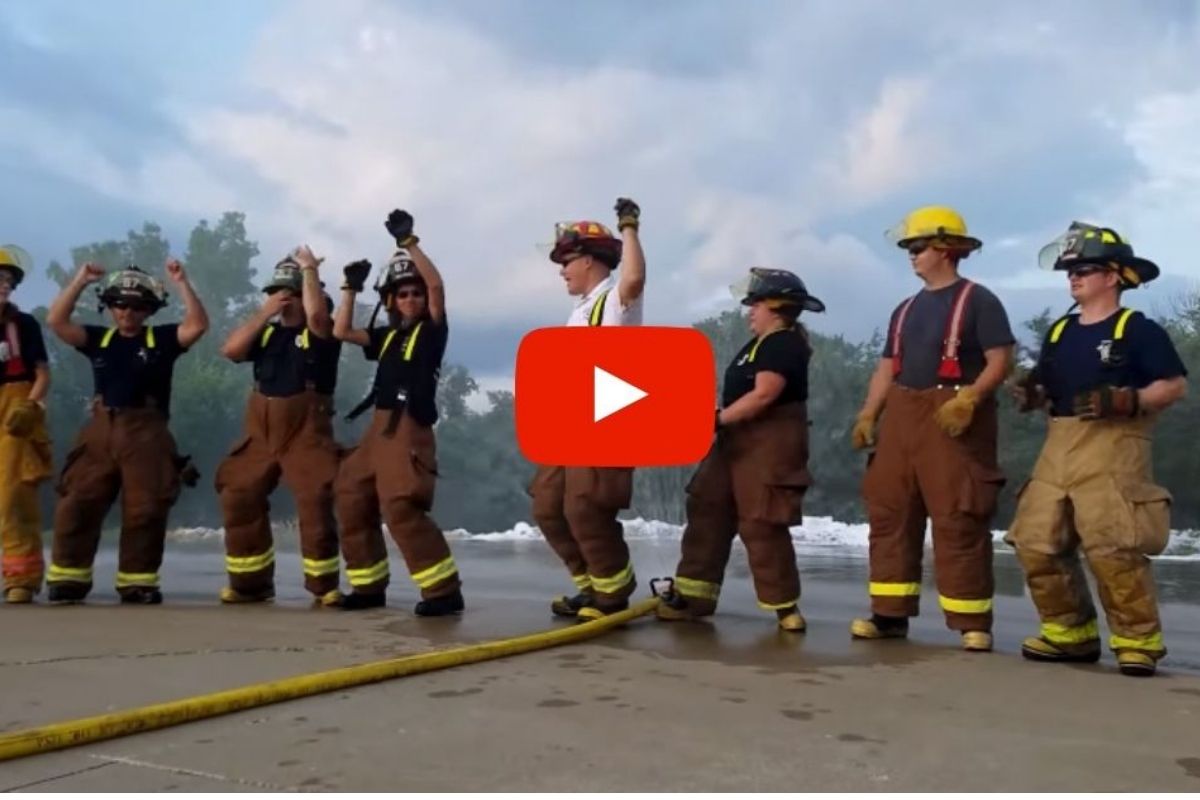 Some of these first responders are getting real good at all of these lip sync challenges. I will say this, it’s really hard to lipsync one song, so imagine having a total of five different songs within five different genres. Which is exactly what the Mapaville Fire Protection District department did. The firefighters and helpers decided to take on the challenge and put in 100 percent of their effort and energy into this wonderful and fun video.

Safe to say the Mapaville Fire Protection District is quite a unique firehouse in Missouri. They provide basic life support care and Fire Protection Services to the 22 square mile area, which is roughly 3,000 residents. The department is a combination supported by both volunteers and paid firefighters.

So, when the firefighters learned about the lip sync challenges going around, they decided to throw in their two cents, and boy do I love it! Unfortunately, they couldn’t decide which songs to choose, so yes, they did their own version of the challenge by incorporating everyone’s ideas. Instead of starting the video by jumping straight into the music, they put their acting to use. The firefighters are all shown in a room as superiors judge their choice of songs for the challenge.

That’s when one firefighter has the vision to lip-sync the famous pop song, I Want It That Way, by the Backstreet Boys. Instead of just starting to sing, he looks up and goes into his own little fake dream to show everyone what his vision of the song looks like. Of course, other firefighters then join him by singing and well, give Backstreet Boys for quite a run of their money.

That’s when the third firefighter decides to try with the classic song, It’s Raining Men. A woman firefighter wanted to sing the song by spraying soap and water on her fellow firefighters. Because well, why not have a little fun with it, right? She really wanted for it to be actually raining on men and her fellow colleagues had no problem getting a little water here and there to help her out.

Ultimately, the third song was also a bust, with a fourth man saying, “No, let me show you how it’s done.” He decides to get everyone, including kids and volunteers from Mapaville, to help him sing a song. What song was this song? None other than the Bee Gees’ Stayin’ Alive. And if you have ever taken a CPR training course you know that this song is exactly what medical experts use to help keep beat whenever someone gives CPR. So yes, they performed the song while giving fake chest compressions to dummies. It’s a genius teachable moment for all.

And if you thought this was the end, no, a flash mob emerges to MC Hammer’s U Can’t Touch This. Safe to say they let loose because well, it’s Hammer Time, and there’s no way these firefighters are not going to bust a move here and there. The lip-sync video is truly a magical performance.

Editors Note: This article was originally published on April 21, 2021.