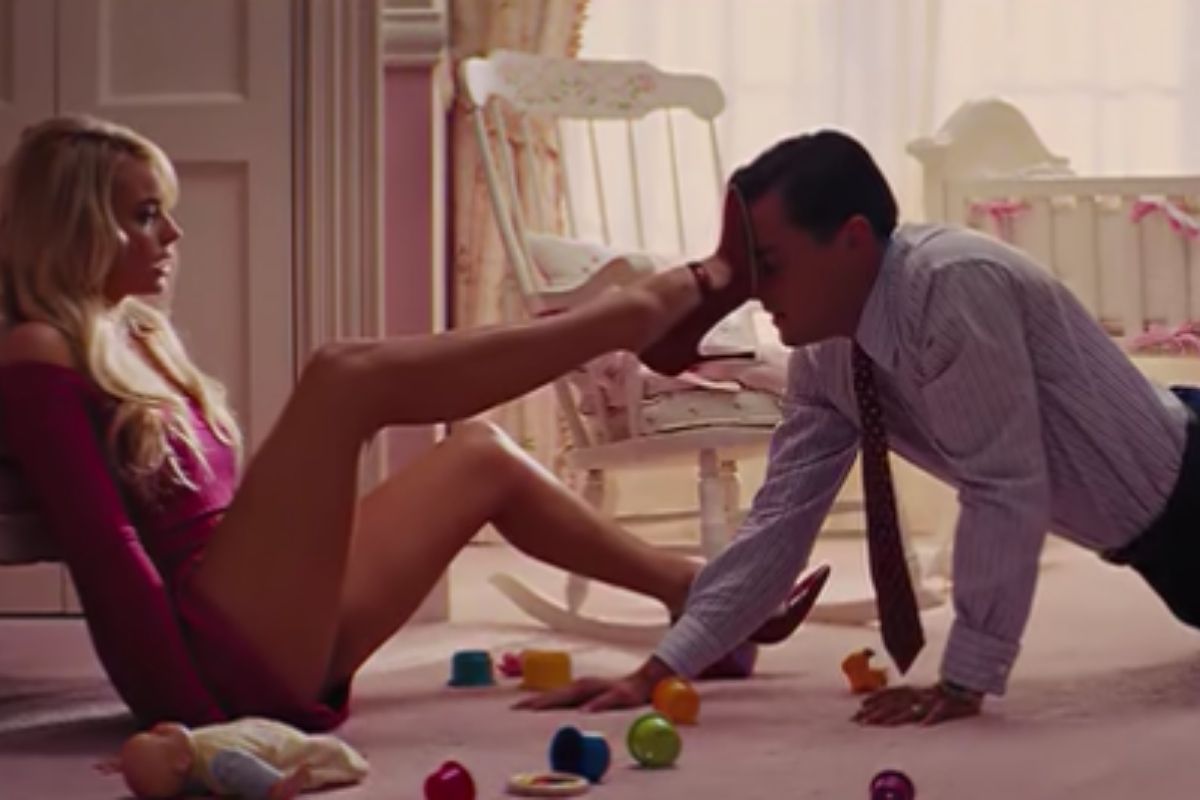 Who would have thought that amid the chest-pounding, “who-ah”-ing, and overall craziness in the larger than life the Wolf of Wall Street, that there was more to tell behind the scenes? Well, there was.

The Wolf of Wall Street narrative showed celeb Leonardo DiCaprio’s Jordan Belfort, a Wall Street stockbroker and his cohorts doing what they do best- getting coked up and making money the fraudulent way. Then Hollywood new-comer, Australian actress Margot Robbie, co-stars as Jordan’s wife, Naomi Lapaglia. This new film was just about time for her to skyrocket to success in films like I,Tonya, The Legend of Tarzan, and of course Suicide Squad.

Margot Robbie Takes on The Wolf of Wall Street

Robbie’s character in The Wolf of Wall Street was the bombshell archetype and the film was full of provocative scenes between her and her on-screen husband Jordan. You know which ones. They raised eyebrows with hints of nudity and plenty of money. The film grossed over and was nominated for many an Oscar and Academy Award. We all know how that went, and don’t need to rehash. Sorry, Leo.

After the Martin Scorsese film was released, Robbie was getting plenty of questions about acting alongside DiCaprio for the first time and filming *that* particular sex scene. Margot Robbie has revealed that those scenes were filmed in front of all-male crews and she was often the only woman on set. To top it off, the Tonya Harding star was filming those provocative scenes in real-life in a tiny bedroom, in a crowded room under lights, and people watching her every move. She explained the whole scenario during an interview with Porter, where she stated that although she was embarrassed, she powered through.

“It doesn?t come across when you?re watching the movie, but in reality we?re in a tiny bedroom with 30 crew crammed in. All men. And for 17 hours I?m pretending to be touching myself. It?s just a very weird thing and you have to bury the embarrassment and absurdity, really deep, and fully commit.”

The money scene was one where she actually got physical pain, though, as opposed to just emotional. In the scene where Naomi and Jordan Belfort have sex on that pile of money, Robbie says she finished the scene with cuts all over her back. Paper cuts that is. When she stood up she says that the whole studio gasped and asked if she was okay, it looked like she had been having a completely different kind of interaction.

So, ever since, she has been advising people to not have sex on fake paper money. Real money, though, that’s a whole different scenario if you’re looking for that kind of improvisation. I guess the saying is true, you do learn something new every day. At least she was injured next to Leo DiCaprio though, I’m sure many women would love to star in a movie with him, much less walk the red carpet next to him.

Editor’s note: This article was originally published on January 28, 2020.

Watch: Ryan Gosling Gained 60 Pounds For A Role He Didn?t Get