Meghan McCain Calls to “Invoke 25th Amendment” on ‘The View’ 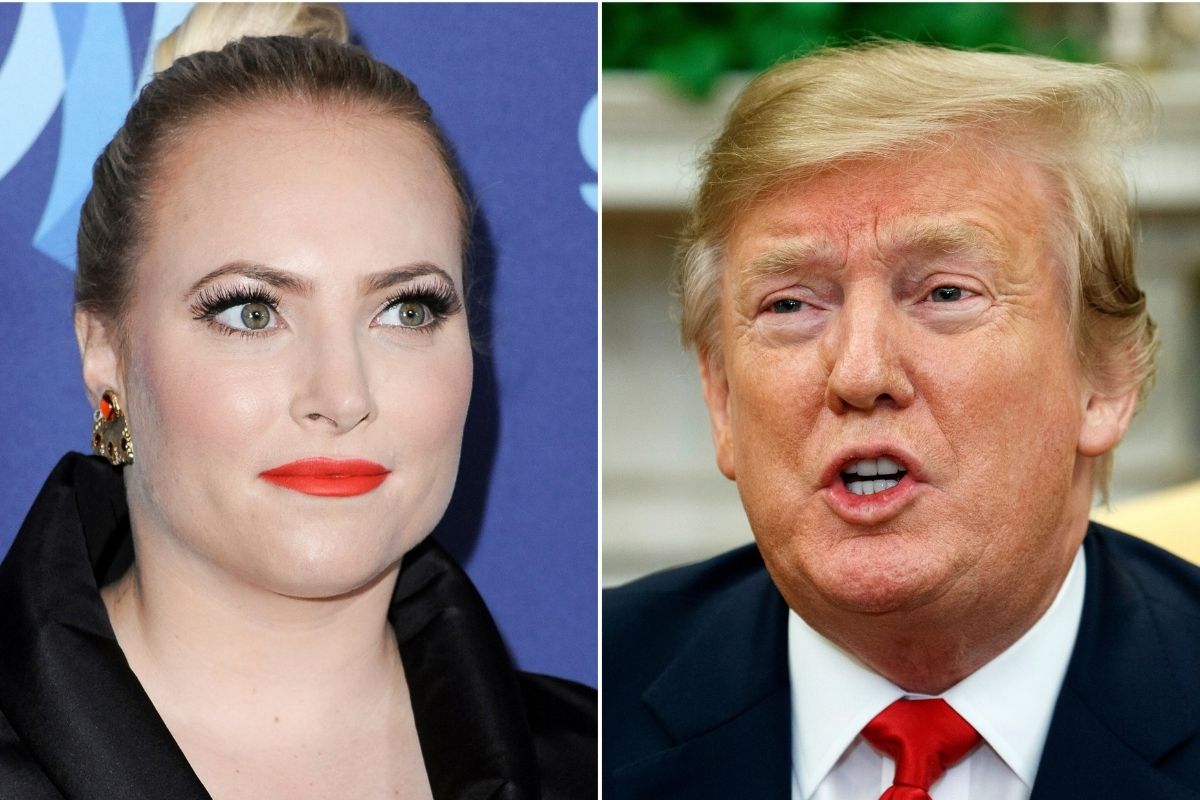 The hosts of ABC’s The View have spoken out about the pro-Trump mob that stormed the US Capitol on Wednesday, and even Meghan McCain, an outspoken Republican with a history of defending President Donald Trump, had a few things to say. The daughter of late Senator John McCain, known for her spiffs with co-host Joy Behar, called on the enactment of the 25th amendment, heavily criticizing those who were a part of the US Capitol insurrection.

On Thursday’s episode of The View, the conservative panelist started the show with a firm objection to the actions of the pro-Trump supporters and rioters who violently stormed the US Capitol building to protest the count of electoral college votes that ultimately would certify Democrat President-Elect Joe Biden as the new president of the United States. She said, “This is one of the great national tragedies of my lifetime,” explaining that Trump’s influence just two weeks before the incident contributed to “one of America’s darkest days.”

“He’s clearly a president who’s turned into a mad king. At this point, I’m calling on all Republicans and conservatives who still have clout. We have to invoke the 25th amendment,” she said. And with tears in her eyes, she condemned the rioters as “bastards” who are “using the American flag as symbols as they’re attacking our own republic- the same flag that our veterans at Iwo Jima held” after the Second World War: “You are not patriots, you do not represent America. You are the scum of the earth who are using and abusing and bastardizing all that I love and grew up with for your own sick agenda,” she sternly said.

“You are scum of the Earth.” @MeghanMcCain condemns the pro-Trump mob that stormed the U.S. Capitol and calls for the 25th Amendment to be invoked: “[Trump] is clearly a president who has turned into a mad king… Our country cannot go on like this.” https://t.co/f8u2wbJuik pic.twitter.com/kiufxbcczH

McCain’s fellow co-hosts on the famous daytime talk show also commented on the incident, with their own criticisms to follow. The View moderator, Whoopi Goldberg, called for the FBI to look into those in the White House, including President Donald Trump, his children, and his personal lawyer Rudy Giuliani in deciding who was actually responsible for the riots and protests. She said, “They sent all those people to the Capitol building. If you want to look for somebody, there are three people right there whose fingers are the dirtiest because they knew what they were doing and they did it anyway.”

.@WhoopiGoldberg opening today’s @TheView: “Just 24 hours ago, the hottest topics were Warnock and Ossoff… but right after yesterday’s show, our nation’s Capitol fell under siege by domestic terrorists.”

“Take a good look at what they did and don’t ever forget it.” pic.twitter.com/CDMhYrMLV0

And fellow co-host Joy Behar, also commented on the incident, supporting McCain in her argument in a rare moment of unity on the show. She concluded from proof in referencing back to video footage showing pro-Trump supporters breaking in and entering the Capitol building, that “‘the police are capable of restraining themselves’ in ways that critiqued in the wake of George Floyd’s death at the hands of Minneapolis officers last year,” according to Entertainment Weekly.

She said, “Many of them enabled these insurrectionists to go into the Capitol and endanger the life of people?. It’s outrageous. I don’t forgive Lindsey Graham. He can go on the floor of the Capitol and cry his eyes out. He is part and parcel of this problem, and so is Mitch McConnell and this idiot Josh Hawley?.. Ted Cruz, Rudy Giuliani, go back to the landscaping business! You are done!”

.@JoyVBehar: “The whole ugly demonstration showed you that the police are capable of restraining themselves. They know how to do it. You saw it. Not only that, many of them enabled these insurrectionists to go into the Capitol and endanger the life of people.” pic.twitter.com/8gkLQut3r2

Since the violence that ensued in Washington, D.C., President Trump has been suspended on multiple social media accounts, after tweeting about his hope that the riots would remain “peaceful.” His accounts on Twitter, Instagram, Facebook, and Twitch have been suspended due to “repeated and severe violations of our Civic Integrity policy,” as explained from Twitter.

As a result of the unprecedented and ongoing violent situation in Washington, D.C., we have required the removal of three @realDonaldTrump Tweets that were posted earlier today for repeated and severe violations of our Civic Integrity policy. https://t.co/k6OkjNG3bM

Watch: Whoopi Goldberg Reveals She Has No Interest in Getting Married Again