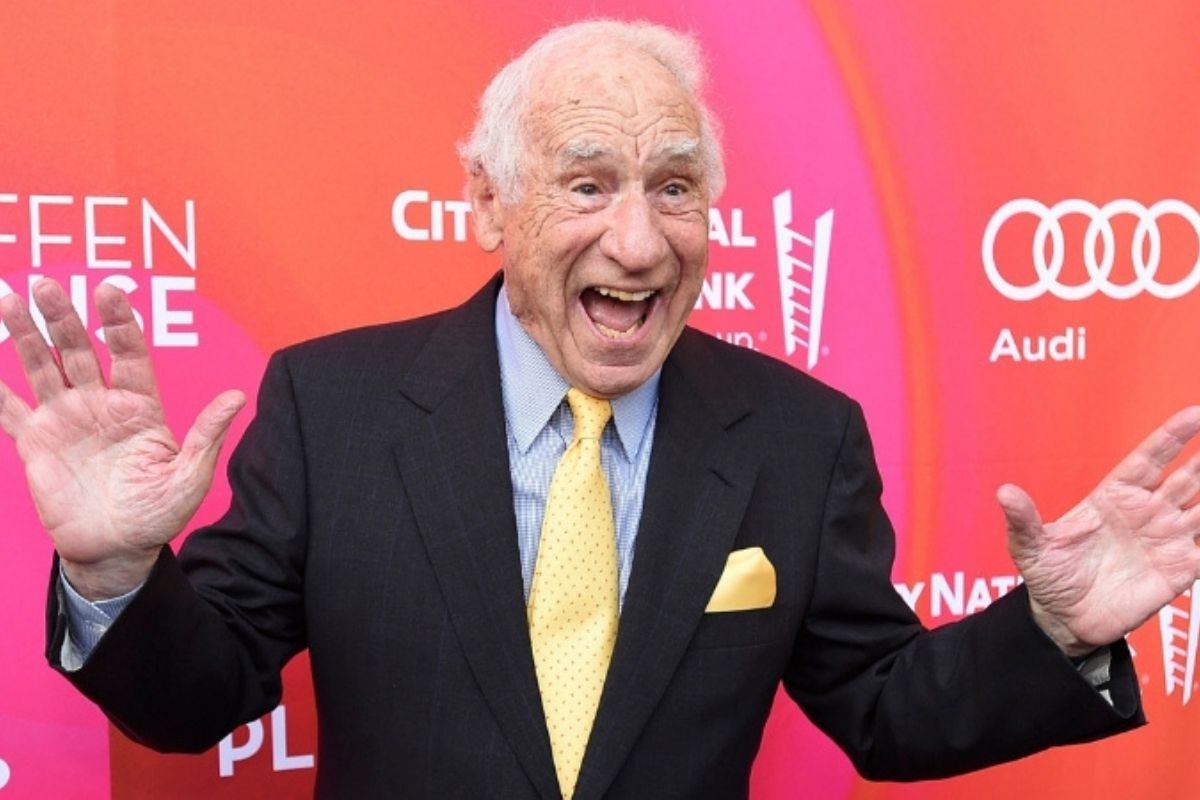 Similar to a few other famous entertainers, MelBrooks spent some time in the military prior to a life of Hollywood notoriety. He was born Melvin Kaminsky into an impoverished family of German and Ukrainian Jewish lineage and was raised by his mother in Brooklyn, New York. As a young boy, having seen a broadway musical is convinced him to pursue a life in entertainment.

He started as soon as he could. By 14, he was a pool entertainer performing slapstick routines. The musically inclined Melvin Kaminsky also studied piano and drums as a child. His drumming skills opened a door for him to perform comedy when he was performing and an emcee couldn’t go on due to illness. Impromptu, he took the performers spot and amazed the crowd.

After his high school graduation in 1944, Kaminsky had plans to attend college and study Psychology. Instead, with the looming World War II, the of seventeen years old decided to enlist because he felt it was the right thing to do considering he was Jewish and knew how Hitler was treating Jewish people in Germany.

Because of his high intelligence quotient, he was assigned to the ASTP- Army Specialized Training Program after enlisting. This program taught him military engineering, fencing, and horsemanship. This only lasted for a couple of months before he was sent to Oklahoma for basic training. He was later assigned to the 1104th Engineer Combat Batallion. With his group, he was responsible for disabling enemy land mines during World War II as well as building bridges and field fortifications and destroying pillboxes. They often worked under enemy fire, exposed and as quickly as possible. Before the war was over, he was promoted to a corporal rank. Later he said about his experience, “I was a Combat Engineer. Isn’t that ridiculous’ The two things I hate most in the world are combat and engineering.’

The Mel Brooks We Know

Once discharged from the army, Melvin Kaminsky became “Mel Brooks” and began his career as an entertainer performing stand up comedy. In addition he to being a funnyman he was an, and a social director at resorts in the Catskills. In 1949, Brooks works with Sid Caesar on a weekly tv show called The Admiral Broadway Revue. The next project he wrote for was a comedy series entitled Your Show of Shows that ran from 1950?1954. Here he worked alongside Carl Reiner and Neil Simon.

In 1967 he won his first award, an Emmy, for co-writing The Sid Cesar, Imogene Coca, Carl Reiner, Howard Morris Special. As his career progressed towards film, he was in another television performance with Carl Reiner, they performed a skit called The 2,000-year-old man, an improvisational skit that brought them acclaim. This is where his performances garnered more of an audience, visiting television shows and comedy albums to promote their skit.

The first film he produced was The Producers, starring Zero Mostel as a stage producer hard up for cash who, along with his producers oversells their next production to investors. It wasn’t an immediate hit. It did, however, become a cult classic and ran on broadway later.

Brook’s next film, was a spoof of the horror films from the 1930s, Young Frankenstein. The black and white film also earned Mel Brooks and Gene Wilder (who also starred in the movie) an Academy Award nomination for best screenplay. Critics said it was a more sophisticated effort.

In the ’80s and ’90s, Mel Brooks experimenting even more with his movies and comedy. This included Silent Movie, in which Mel Brooks starred in this film as an unsuccessful director who convinces the head of a film studio to make a silent film. Silent Movie was packed with the gags movie-goers grew to love from the director. One of those gags being the fact that there was no dialogue in the entirety of the film. Next, there was High Anxiety, which was a parody of Alfred Hitchcock films. He went on to direct Spaceballs, Robin Hood: Men in Tights. He won many awards from an Oscar, an Emmy, a Tony, and a Grammy.

The many accomplishments of Mel Brooks are great in number. In short, a few of his other contributions to the world through his mind for entertainment are discovering Dave Chapelle, producing David Lynch’s The Elephant Man, discovered Gene Wilder, forming the Justice League of Comedy Writers. There is a plaque commemorating the building they worked out of in New York, even! Mel Brooks also made it to Broadway with The Producers, Young Frankenstein, and Blazing Saddles.