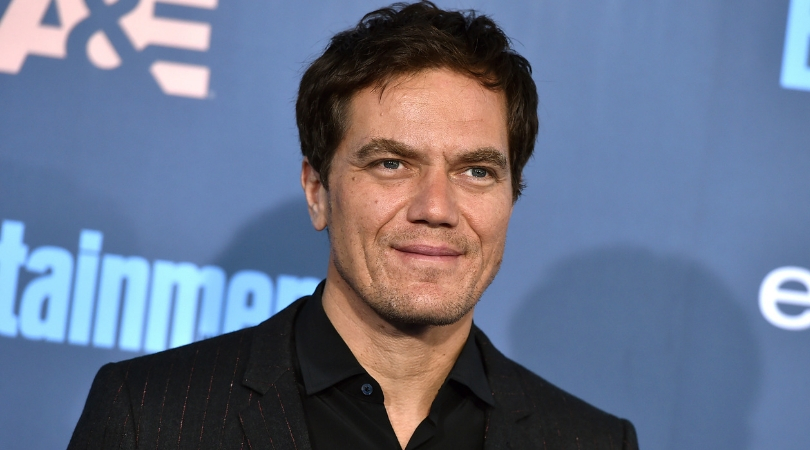 Some say that Michael Shannon is a National Treasure. If you’ve seen any of his movies you have likely felt very strong emotions, whether it’s fear or frustration. On-screen he is a force to be reckoned with, starring in dramatic characters. Here are a few things you may not know about him in his offscreen life.

1. His first film was Groundhog Day.

He was 18 years old and fresh from performing in theatre, as opposed to Hollywood. Staring along Bill Murray in 1993, his role consisted of Murray’s character giving him tickets to WrestleMania.

The actor has spoken about his dry sense of humor on several occasions which has made television talk show hosts unsure fo what kind of interview he would give. In 2013, after Man of Steel, he made a fuss about never being asked on the David Letterman Show. They brought him on shortly after.

3. He sends business emails only.

Yes, a rare actor indeed. He doesn’t have any social media accounts.

4. He formed a band called “Corporal”

He is the singer/songwriter in the band. In 2010, along with Rob Beitzel and Ray Rizzon, they released an album. In 2018, they played a tribute concert for David Bowie and performed “Lust for Life” shirtless.

5. Shannon was born in Lexington, Kentucky

Shannon was born on August 7, 1974. His father, Donald Sutherlin Shannon was an accounting professor at DePaul University. His mother, Geraldine Hine is a lawyer. HE was raised by both parents in Lexington, Kentucky, and Chicago, Illinois.

6. What are some of his most successful film credits?

8. Shannon started acting because he didn’t want to play any sports.

Growing in Chicago, he developed an interest in acting but didn’t go to drama school. He initially wanted to become a jazz musician or an architect.

9. He is a founding member of “A Red Orchid Theatre” in Chicago.

There he originated the role of Peter in Bug, where he went on to reprise the role opposite Ashley Jud in the film version in 2017.

10. He has been nominated for a Golden Globe Award, Oscar Award, and has won many Independent Spirit Awards.

His recent nominations were in 2019, where he was nominated for a St. Louis Film Critics Association Award, a Seattle Film Critics Society Award, and a Seattle Award, for Best Supporting Actor in Guillermo Del Toro’s Shape of The Water.

11. He is the grandson of entomologist Raymond Corbett Shannon.

His grandfather was employed by the International Health Division of Rockefeller Foundation. He published over 100 articles on the environment, characteristics, and behavior of insects on their aspects as disease vectors. Most of his work was donated to the Smithsonian Institution.

The actor once stared in the indie band, Every Mother’s Nightmare’s video for “House of Pain.”

13. He is a Barack Obama supporter

The actor is quite vocal about his political opinion. He has been a longtime supporter of Former President Barack Obama.

14. Shannon starred in a one-man play called “Mistakes Were Made”

The play took place at Barrow Street Theatre in New York in 2010.

Safe to say the actor is doing pretty well when it comes to his career. His Net Worth shows it.